How can I photograph only light from my IR source even in the presence of other light?

The setup I hope to achieve would be some filter/illumination system that will allow me to pick up infrared light from some illumination source (IR LED ring or similar) and only light from that source, in daylight.

This will be used inside a building, however there will be windows allowing in daylight.

The idea is to only pick up objects close to the camera by them reflecting light from the IR illumination source, and anything in the background to be cut from the image. (like a depth camera)

My question is if there is a filter that exists that can be tuned for certain precise wavelengths (that do not appear in usual sunlight) and can be projected from a non-natural light source, or any other equipment that could be used to achieve this result.

I understand the concepts of active and passive IR light sources in very basic terms, however I would not know if choosing one of these would be better suited to such a situation?

There is no infrared wavelength that does not appear in sunlight. You would have to apply a filter to the sunlight, and to any ambient incandescent lighting, to be able to restrict the image to whatever is illuminated by your specific IR source.

Note also that most consumer digital cameras have infrared filters in front of the sensor. However they still have a small amount of sensitivity to very near-infrared light. For example, this is the result of a 2.5-second exposure at f/4, ISO 400 on an unmodified Sony Alpha using a Hoyt R72 filter, which is opaque to visible light. 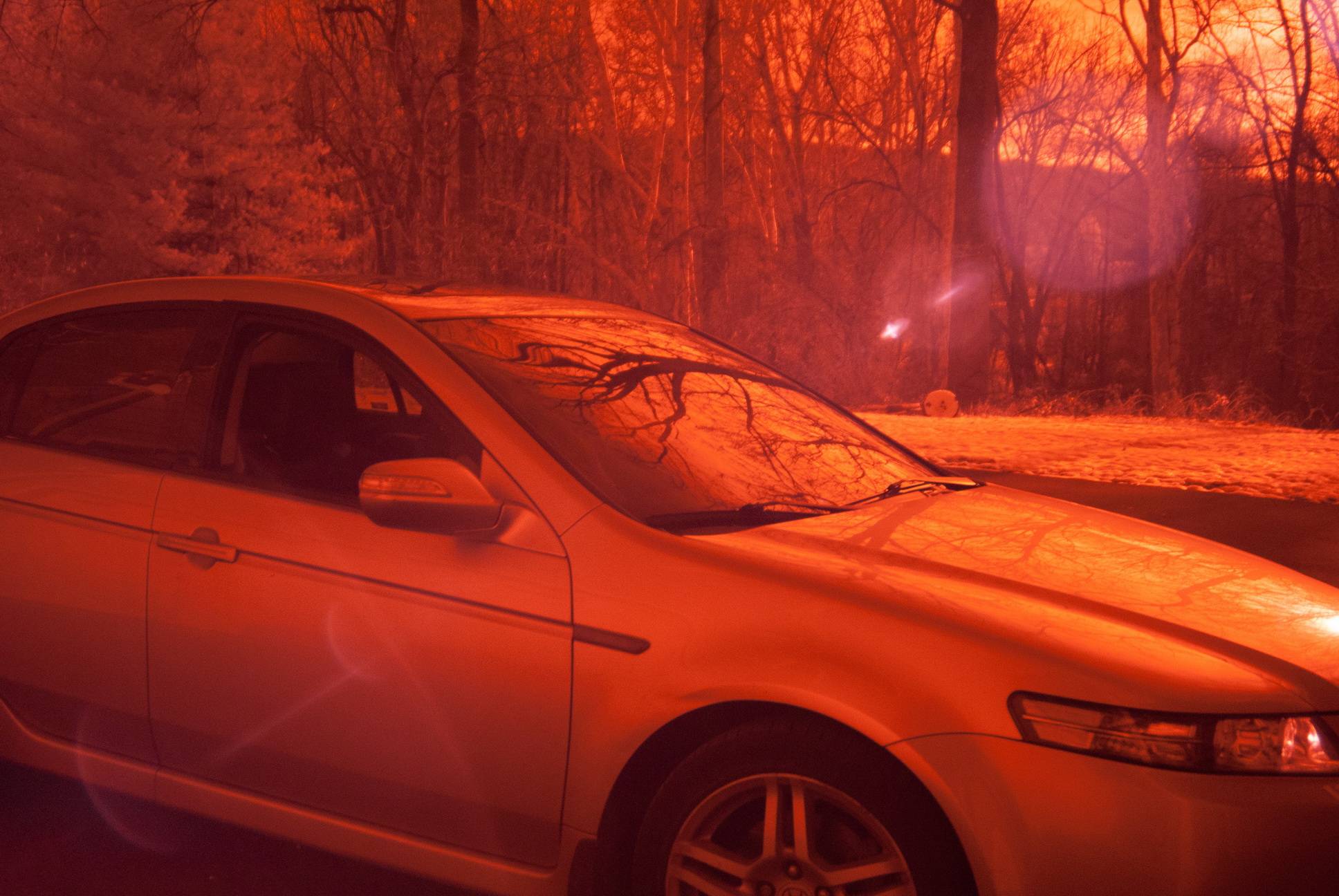 It is possible to remove the infrared filter from digital camera sensors which will increase the level and spectrum of infrared sensitivity. However you will probably get better results using security cameras, which often have built-in 800nm or 950nm illuminators and do not have IR-cut filters.

The application/apparatus described in the question is similar the method used by the Microsoft Kinect(tm) camera system.

Kinect employs a timed IR dot pattern projected from the device and a high speed IR camera to pick up where each dot lands. A processor uses simple trigonometry to create a depth map which can then be applied to the RGB image from another camera sited in the same housing.

A system like that would struggle with objects in direct sunlight as the sun, being a strong black-body light source, emits across the whole spectrum and would be pretty much impossible to filter out selectively.

Not the answer you're looking for? Browse other questions tagged lighting filters infrared or ask your own question.

1
What is an appropriate set of filters for a Canon PowerShot SX30 IS?
6
How does the inverse square law relate to the softness of light for portraits?
7
Why is the IR filter present when there is already the Bayer filter on an image sensor?
16
Why do polarising filters only work in one direction?
5
What is a good general filter to use on a flash to compensate for fluorescent lighting?
3
Can you replicate the look of orthochromatic film with a blue filter on panchromatic film?
3
Is there any way to remove visible light but only see infrared light source from IR camera?
2
What is the effect of relative size of light source vs diffusion on the quality of light?
2
Can I use on-lens IR filter for a full-spectrum converted camera?