What causes this weird angled glowing blur around lights on my low light shots?

I've been trying to figure out why this is happening for a few weeks. When I take pictures, usually during evening times when the sun starts to set and the street lights come on, I see this weird sideway blurry effect on lights. And when I try to take long exposure shots at night (on a tripod), those sideways blurry light effects are still there! (instead of the ususal star effect). Why is that? What am I doing wrong??? I have a clear lens filter but I've tried taking it off and the problem still doesn't go away. I posted an example below. The settings are ISO 200, f/5.6, exposure time 1/80. I am using a Nikon D3100 with a 35mm prime lens. 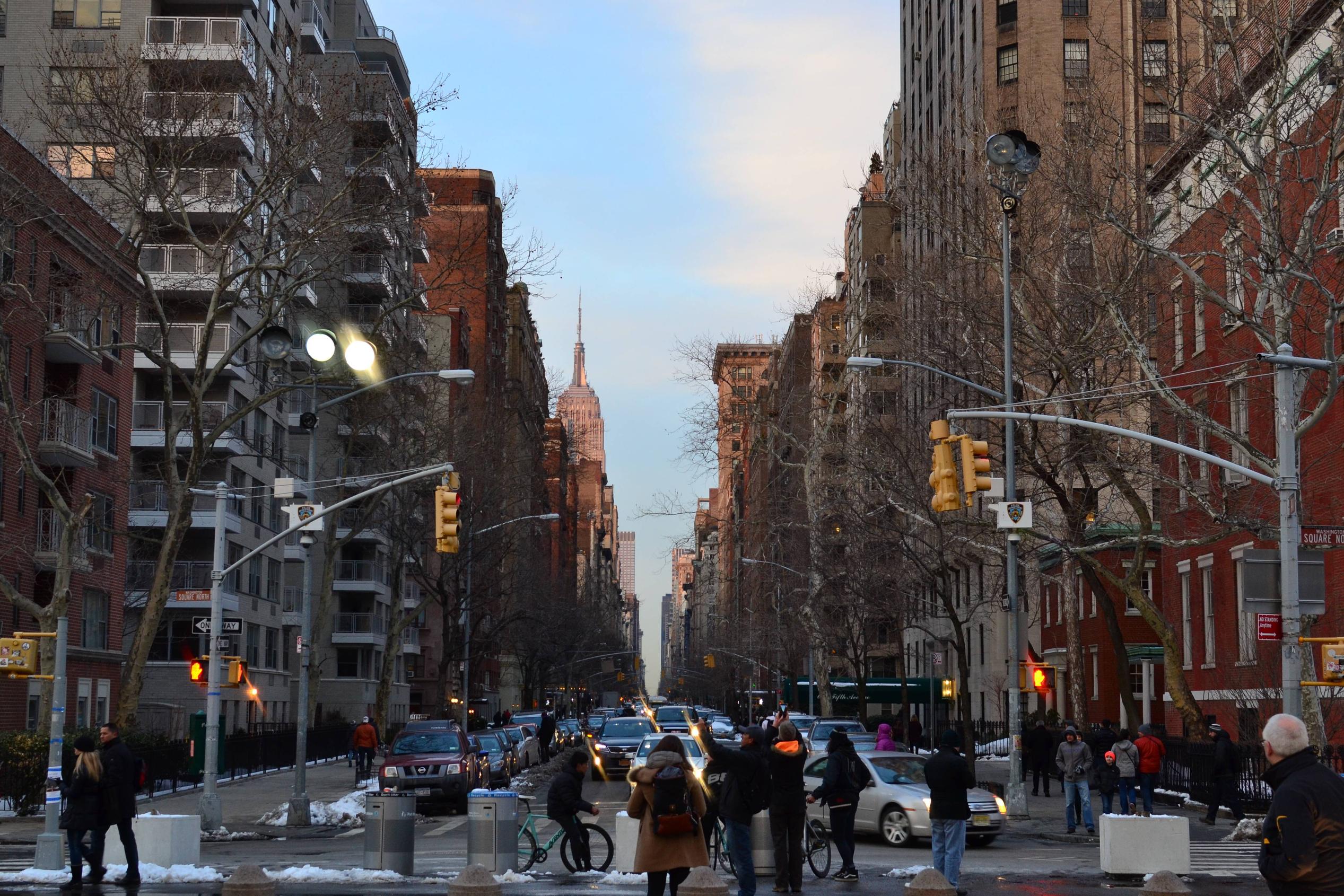 You have a light smudge or a very minor abrasion on the surface of your lens, running at 90 degrees to the direction of the highlight smearing you are seeing. It probably won't be visible on the lens unless you get the angle of the light just right. If it's a smudge, a good cleaning (with a good cleaner - use tissues or fabric designed for the purpose and a solvent/cleaner that's meant for cleaning lenses) will clear it up. If it's an abrasion, you won't be able to get rid of the smearing yourself without risking further damage to the lens coating; a trip to the service depot would be in order.

What you are seeing is basically a much lighter version of the Vaseline smears, "star" filters and diffusion filters that can be used on purpose to create interesting photographic effects. Reflection and diffraction from the edges of any ridges in the smear, scratches in the filter, or the threads of the fabric used as a diffusion net cause some light to spread out perpendicular to the direction of the artifact. In those cases, though, the smudge, screens and scratches is much heavier, so the effect will show up in areas of lower contrast. Here, you're only seeing the effect around areas that are significantly brighter than their surroundings (clipping or nearly clipping at least one channel), so even if the spread-out light is down a couple of stops (that is, it's significantly lower in intensity than the light source itself) it still adds significantly to the exposure of darker areas around the light source.

Don't use a tissue to clean your lens or filter because they're made of plant fibres and may scratch (at least that's what I read years ago).

14
What is the meaning of "stopped down"?

25
How do I focus in low light for long exposures?
15
is it normal to get significant lens flare with a 50mm f/1.8 prime lens?
6
What is the cause for this diffused artifact around the sun?
1
Nikon D3100 Won't Take Photo -- says light is too low
3
How can you photograph backlit scenes without getting lens reflections/flare?
11
What causes these streaked rays from light sources?
5
What causes vertical lines on digital photos taken in low light?
3
What causes this bokeh / lens flare effect?
0
What to upgrade for faster/better focus on low light long range shots?
5
Which filters would be useful for long exposure photography?