Why do my photos appear grainy when taken at the widest aperture? 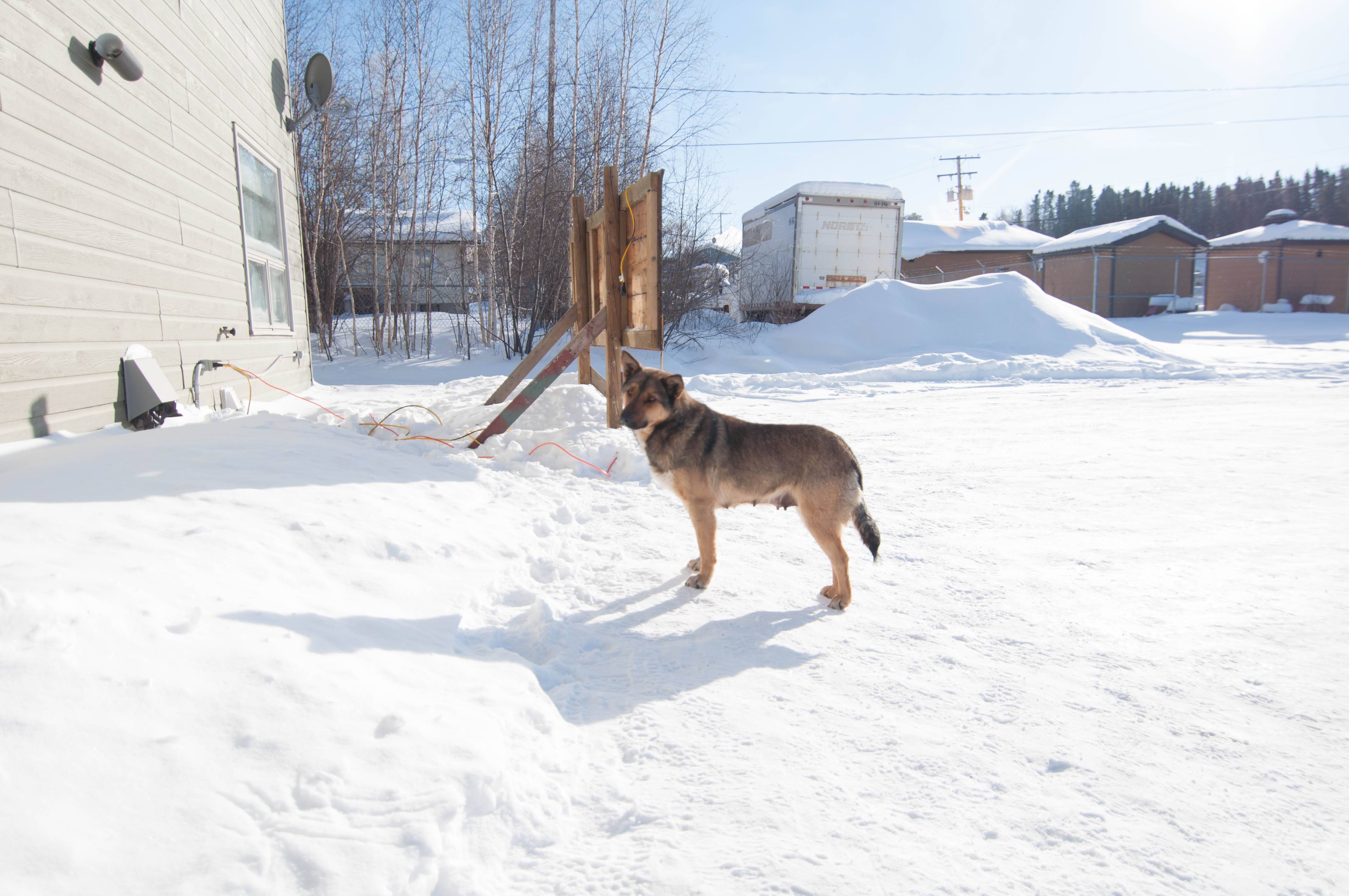 The exposure seems to turn out well, but when I zoom in, the dog and the background are both grainy but in focus. I then set the camera to auto; for the same photo it used ISO 200, 16mm, f/10, 1/400, and the exposure was still good, and the photo was much clearer and sharp when zoomed in. 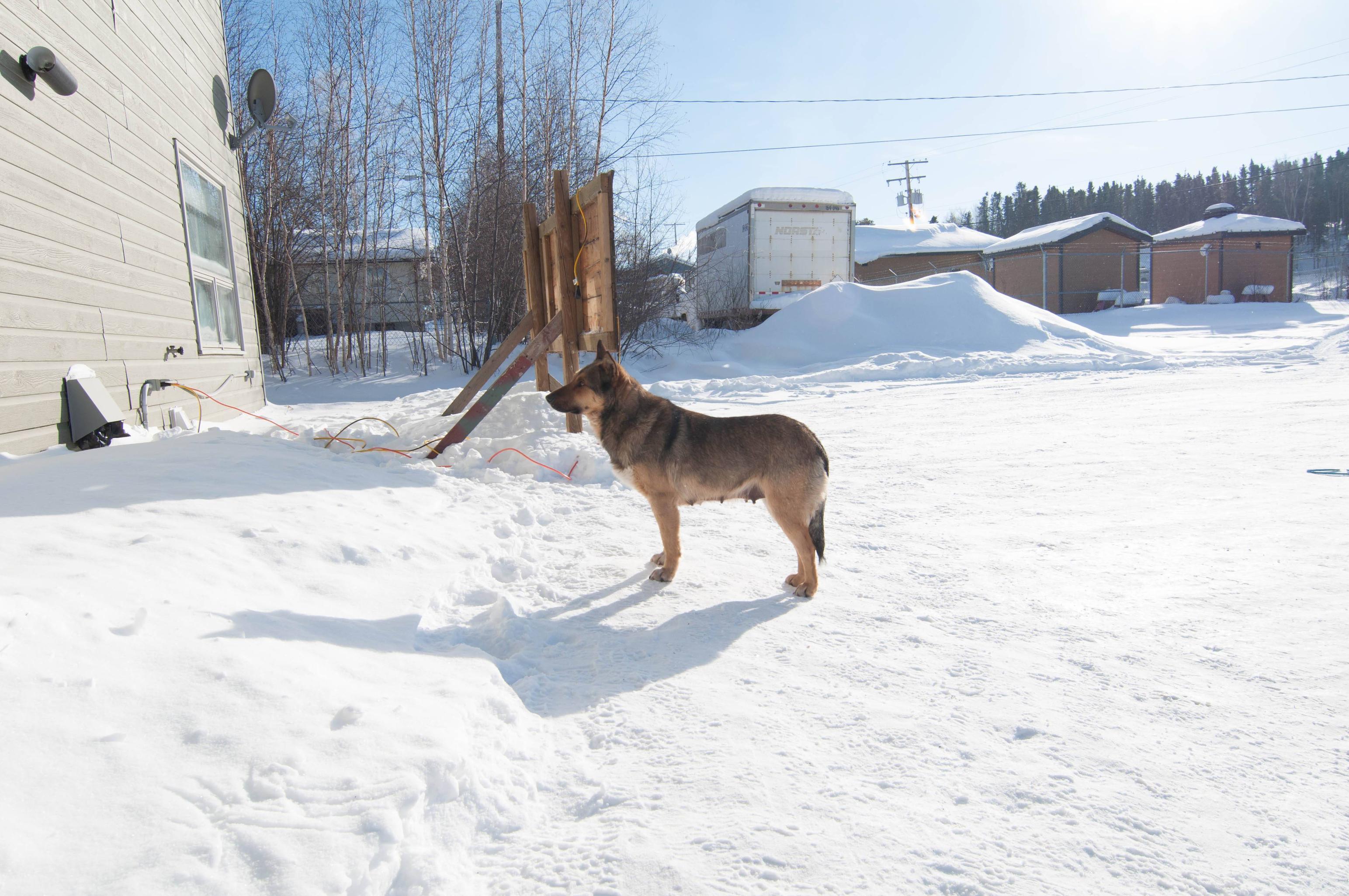 Does the wide aperture cause the grainy photo?

Looking at your samples, the answer seems clear to me: that's not grainy, that is, actually, out of focus. 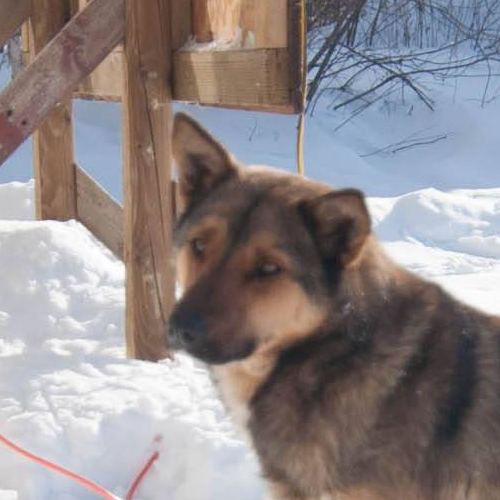 It seems pretty apparent that the wooden sign is sharp but the dog isn't, and the appearance of the blur looks completely in line with what one would expect from out-of-focus blur, not noise or grain.

Outside of this crop, in the wide-open version, the trees are blurrier as well. I think that's a combination of decreased depth of field (as expected), and also increased chromatic aberration — an undesirable effect which is often strongest wide open. This is not particularly nice-looking blur, and might be what you are perceiving as grain.

Overall, in very small thumbnail size, neither defect is particularly apparent, but if you view or print larger.. not so nice. Since there is plenty of light, stopping down for more depth of field seems like a fine approach. Even the f/10 exposure gives you a plenty-fast shutter speed of ¹⁄₄₀₀th; there's nothing in the scene that benefits from 10× shorter. And, since the apparent depth of field is relatively large at such wide angle, with your subject in midfield,and when viewed at small sizes, wouldn't get strong subject isolation from background blur even if the focus were correct, so it's really not giving you much.

Also (and especially if you do keep the aperture wide, to see what it would be like with the blur more in the background), be more careful that the autofocus grabs the subject you are really interested in. (Note that AF areas are often actually much larger than the indicator dots in the viewfinder, so it's easy for AF to do something other than you expect.)

Not the answer you're looking for? Browse other questions tagged aperture troubleshooting sharpness noise or ask your own question.

9
If the focal plane is curved, should the outer AF points work correctly or front-focus?

6
What is the source of this multicolored noise in these samples?
16
Why isn't my variable-aperture photo more interesting?
1
How to calculate f-stop and ISO equivalents for a Lomography Spinner 360°?
7
how the camera determines correct aperture and ISO in bulb mode?
6
What is the relation between shutter speed and exposure compensation in aperture priority?
7
Is analog gain really actually power-of-two only?
3
Why is actual exposure changing as I go from one extreme to the other in aperture priority mode?
2
Noise & Blue Speck in A Priority Nikon D5200
13
Why is my camera drawing labyrinths on my photos?
0
How to avoid noise in Aperture Priority mode arising due to auto-ISO?