I have some photos shot in low light with a compact camera which exhibit significant chroma noise, which I’d like to correct as much as possible.

My searches turned up a technique called “chroma blur,” where, presumably, one or more color channels can be blurred to smooth out chroma noise. Unfortunately, I can’t locate this at all in Aperture 3.

There is mention of this on Apple Support and an example of its use, but both seem to be for Aperture 1. This part of the RAW adjustments is not present in Aperture 3, nor does it turn up when I search the manual.

From what I read, the available options in the RAW Fine Tuning adjustment can vary based on the camera and RAW file format. However, chroma blur seems like something that wouldn’t be dependent on specific RAW features, or even RAW in general.

I have two other techniques I’ve been using for reducing chroma noise:

While these two techniques seem viable, they both involve much more by-hand correction than I’d like, and chroma blur seems to require less. Is chroma blur hidden in Aperture 3 somewhere? What other techniques should I try to reduce chroma noise?

I'd suggest downloading a free trial of Topaz Labs DeNoise (and you'll need the Fusion Express plug-in host for Aperture as well). The program is $US80, so it's probably not something you'd want to buy sight-unseen, but the trial is a full-feature 30-day deal (the only limit is the time). I was able to completely remove the noise from your images with a single click in both instances (although I've probable overdone it -- I used the "strongest" preset): 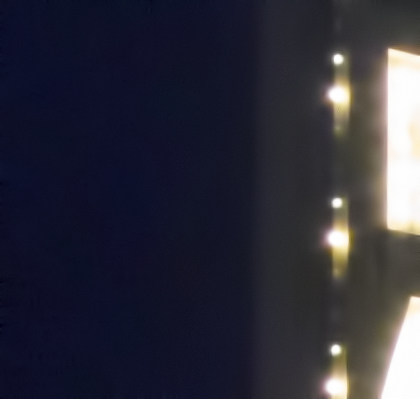 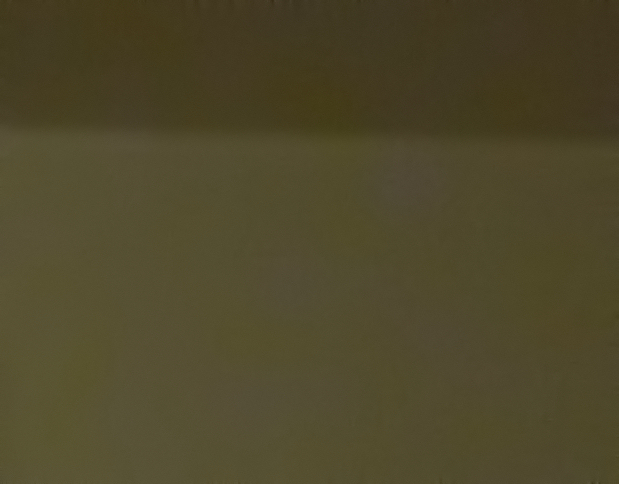 You can tone down the de-noising process quite a bit and adjust the detail recovery levels to make a pretty good silkish purse out of the muddiest sow's ear.

You cannot do this inside Aperture. If you solve it with a plugin, a copy of your image will be created, wrecking havoc on a non-destructive workflow.

In Lightroom there are separate controls for noise reduction of luminance and chroma channels. Lightroom also gives more control overall over the de-noising process. This feature was one of the two (the other being lens distortion correction) that eventually made me move from Aperture to Lightroom.

Not sure if this is what you mean or if it will help, but in Aperture 3, you can view more adjustment panels by clicking on 'Adjustments' in your inspector and then again on 'Adjustments right below that. You will notice that there is a Chromatic Aberration option. If I understand your problem correctly, this should help to fix it.

If you are ok with third party plugins, take a look at Nik Software they have some great plugins that help with stuff like this.

Apple support might be talking about Moire, which is a RAW edit, but that's about the closest thing to CA. Would you happen to have a URL to the Apple Support page?

Hope all of that helps!

Not the answer you're looking for? Browse other questions tagged post-processing raw apple-aperture noise-reduction or ask your own question.