Canon EOS700D Flash: Why are exposure times different in modes P and Av if all settings are "equal"

Yesterday I ran a little test with my Canon EOS700D's built in flash in both P and Av modes.

I had the camera set up with no flash exposure compensation. I took a test photo in mode P and it looked like that: 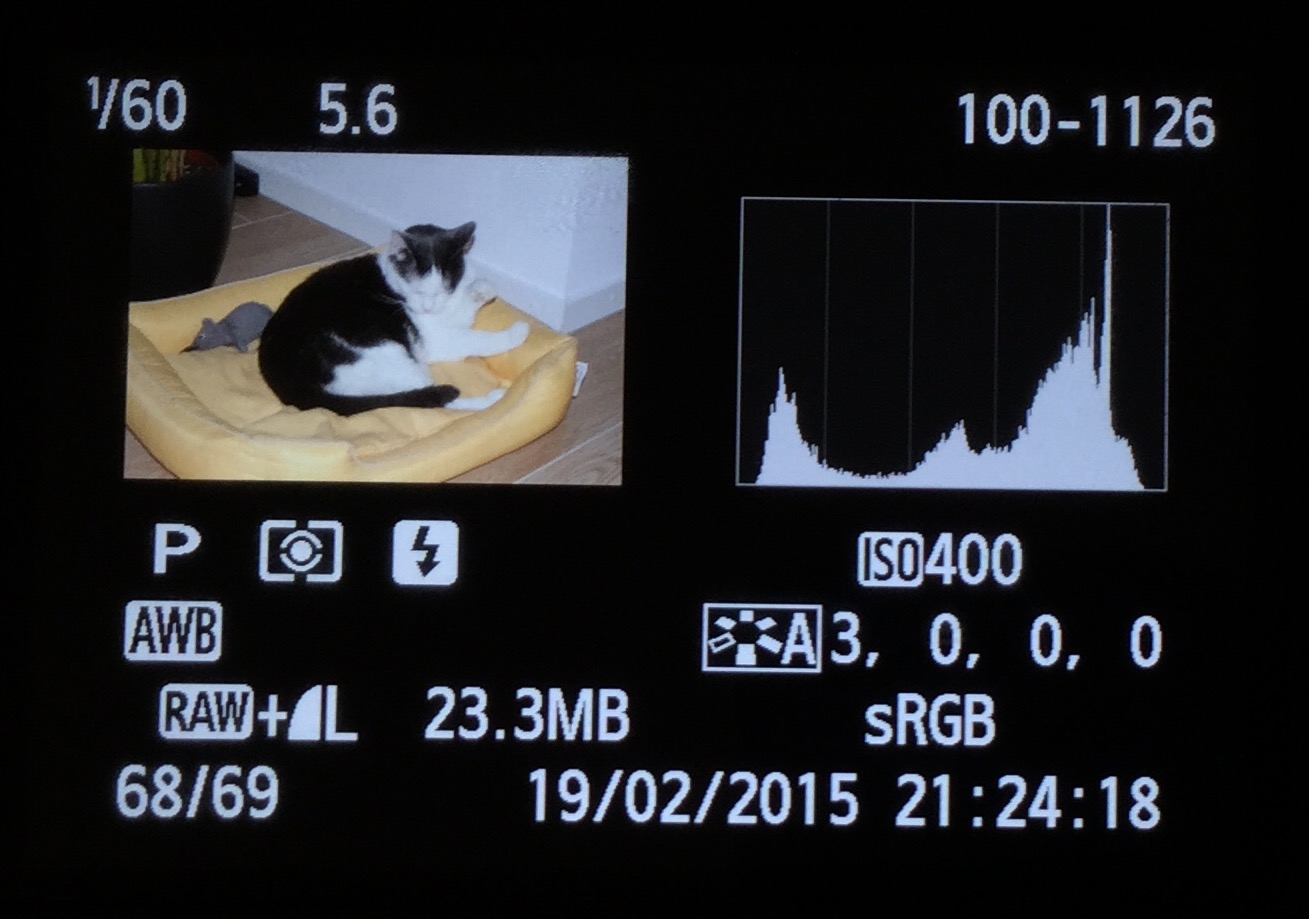 Next I switched my camera over to mode Av and set the aperture to the same value as the camera selected in P: 5.6 - I did not touch ISO, FEC etc. The picture I got looked pretty much the same, even the histogram is almost equal (which is what I expected). However I relized that the camera suggested a muuuch longer exposure: 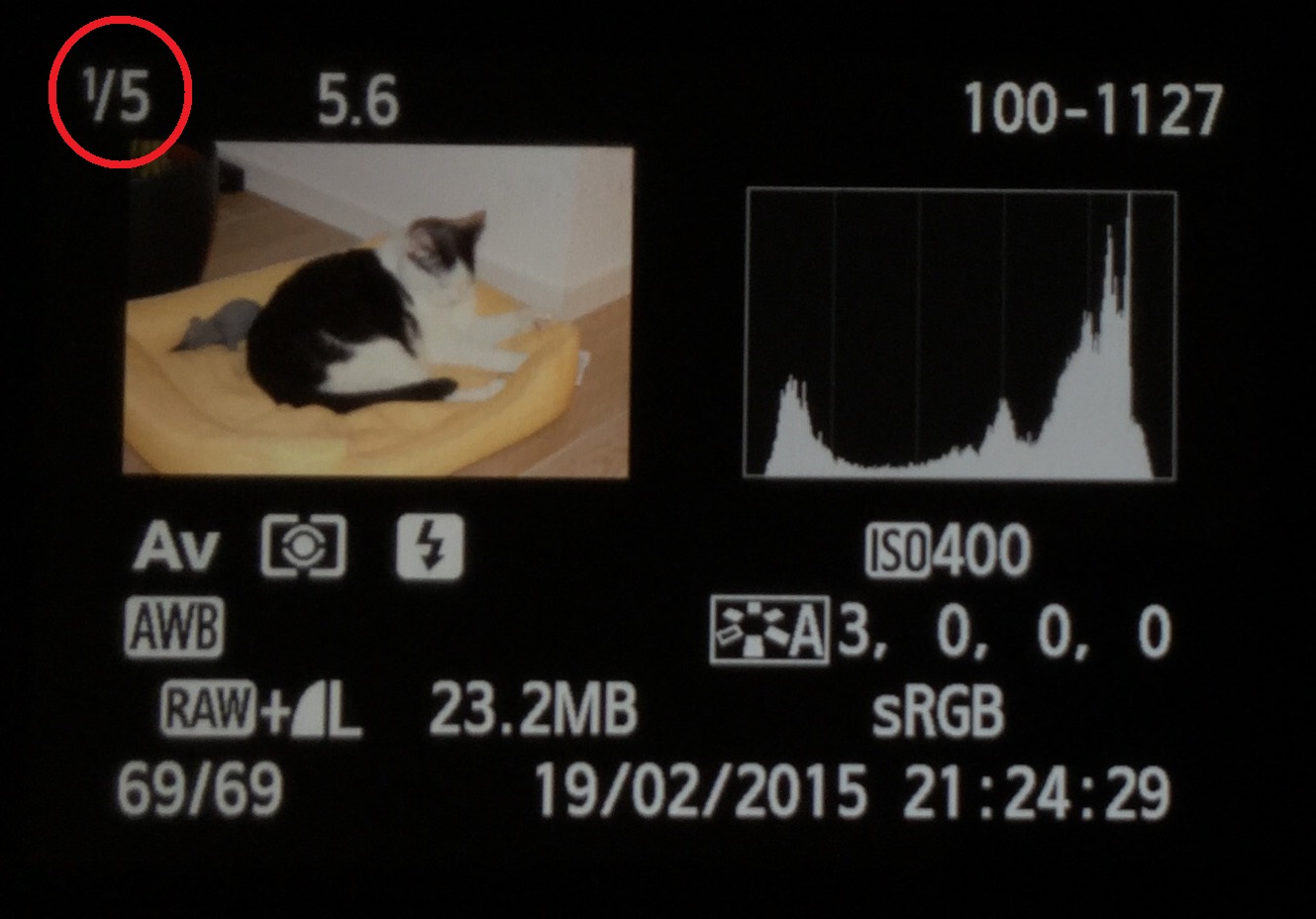 This result was reproducable! And I don't get it: If aperture is set to the same value in both modes, ISO is the same and flash settings are untouched my assumption would be that the calculated exposure should be at least somehow comparable, but not different by a magnitude of ~10!?

If I turn the flash off, exposures are pretty much the same, by the way. So how is the flash behaviour changed between Av, P (and maybe Tv)? Can anyone please explain the behaviour I observed?

In Av (and Tv) mode, flash is not assumed to be primary light source, so camera will choose exposure to match metered ambient light.

In P mode, however, the camera tries to ensure exposure time is quick enough for handheld shooting, and thus will happily expose for the flash-illuminated subject, ignoring the lack of ambient light.

To put it in flash terms, Av/Tv modes consider the flash to be a fill light; in P mode, the key light.

Canon DSLR's operate in so-called "slow sync" mode when in Av mode. That means, the exposure time is set to expose for ambient light, just like without flash.

This is useful to freeze your foreground subject with the flash, but still get a natural background lighting. (try shooting a person at night in the open to see the difference!)

I like to dial in a negative EV to get a slightly darker, but still exposed background in portraits.

Where you're getting confused is in how shutter speed affects flash exposure vs. ambient exposure. If you typically don't use a flash, you assume that a longer shutter speed will create a brighter exposure, no matter what.

In most situations, a flash burst is many times faster than your shutter speed. Keeping the shutter open for a longer period of time will only increase the amount of light you gather from the ambient (everything that isn't the flash burst), NOT from the flash. You've already gathered all the light from the flash you're going to while the shutter was open. Leaving it open for longer won't add anything from that light source.

The reason your camera switched to the longer shutter speed is that in Av/Tv modes, the assumption is that you're using the flash for fill. That is, most of the exposure in the image will come from the ambient light, with only a small amount of light coming from the flash. In P mode, fill is the default behavior, unless a lower ambient light level is sensed, at which point, it will switch to the flash being the main source of illumination (key light)--your flash-to-ambient balance will be more towards the flash side of the equation than the ambient.

The reason, however, that both of your images look so similar is that everything in the scene is close enough that it's lit by the flash. If your cat were another 10' away from the wall, your first image would probably show a darker background, while the second one would show a lighter one. But the cat's exposure would remain the same, because that's what you've told the camera is the important subject to meter off for the TTL power-setting of your flash.

This is also why if you want exact control over flash/ambient balance, it's best to shoot in M mode on the camera. In M mode, you can manipulate the iso, aperture, and shutter speed, even with eTTL, so that you can balance the background against the flash wherever you want along the spectrum, not just at the ends as a strong key or a faint fill.

Not the answer you're looking for? Browse other questions tagged exposure popup-flash aperture-priority program-mode canon-700d or ask your own question.

5
Why does exposure vary subtly between P, A and S modes, when the flash is on?

8
Why do two different cameras using the same settings produce photos with different exposure levels?
4
Why does my Canon 60D sometimes lengthen exposure when using the flash?
4
Why are there multiple contradictory ways to control flash ratio?
3
Why does the exposure vary in these Nikon flash photos?
0
Why would exposure settings be very different for the same scene between full-frame and APS-C (using a 10-stop ND filter)?
5
Why does exposure vary subtly between P, A and S modes, when the flash is on?
0
Does Av mode apply any in-camera software push-pull (Canon 6D)?
1
Why does my camera choose a higher ISO even when the flash is on?
3
Why did the shutter speed increase when I raised ISO and lowered exposure compensation in Aperture Priority mode?
6
Can different ISO settings be preserved when switching between different Exposure Modes on Canon DSLRs?