What causes darker areas on a still from a video stream when moving light source has passed through the image just before it has been taken?

When taking stills from a IP CCTV camera (Axis P1357-E) in low light (night) conditions of a moving vehicle, I am getting circular dark patches where the vehicle headlights have lit up the road. 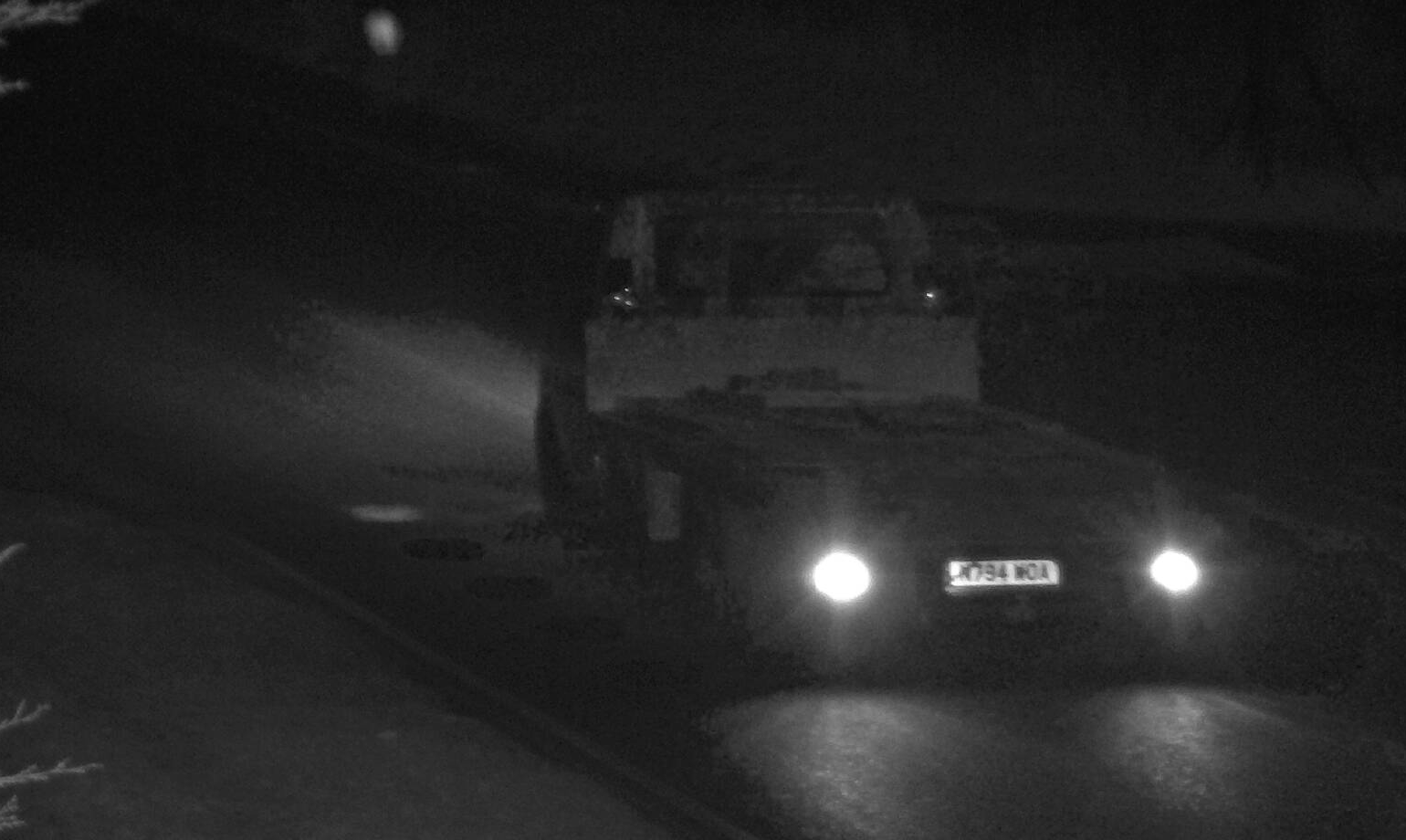 What causes these spots to appear and is there anything I change in the camera settings that will remove them?

There is constant IR illumination of road that is shown from the same position as the camera. The camera has a 1/3.2" progressive scan CMOS sensor. The image is stream is MJPEG and the still is a JPEG.

Below is three consecutive frames taken from the camera 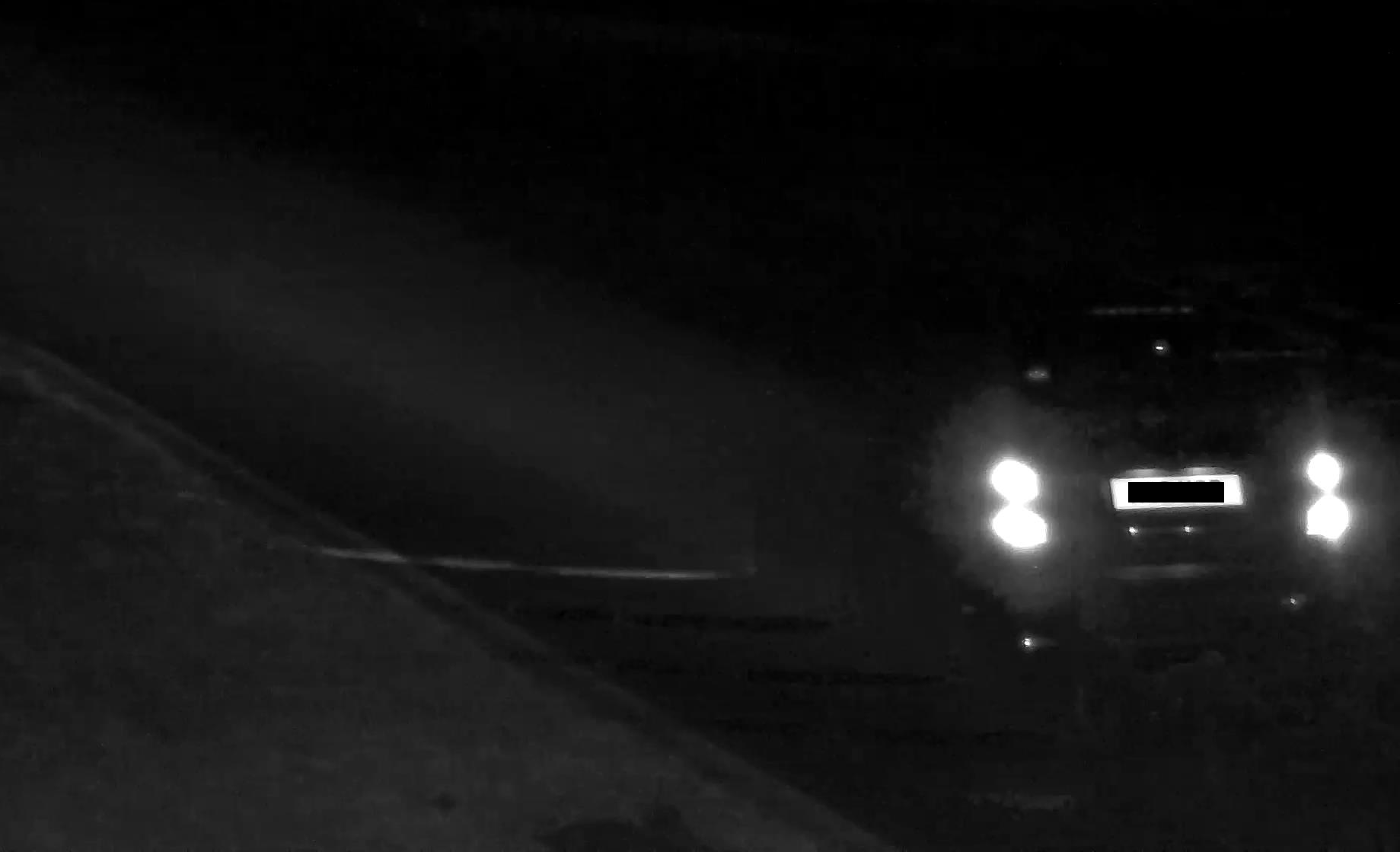 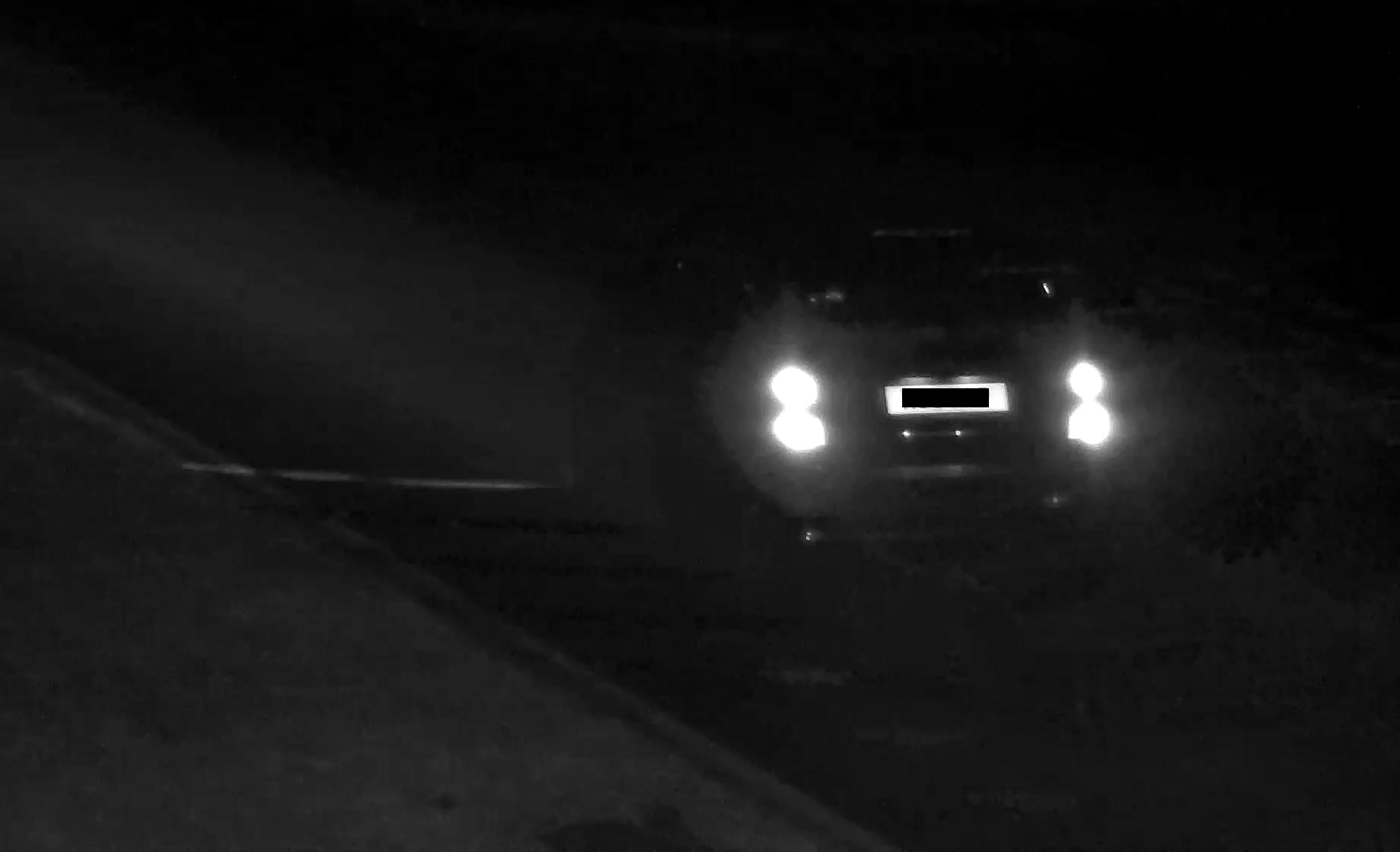 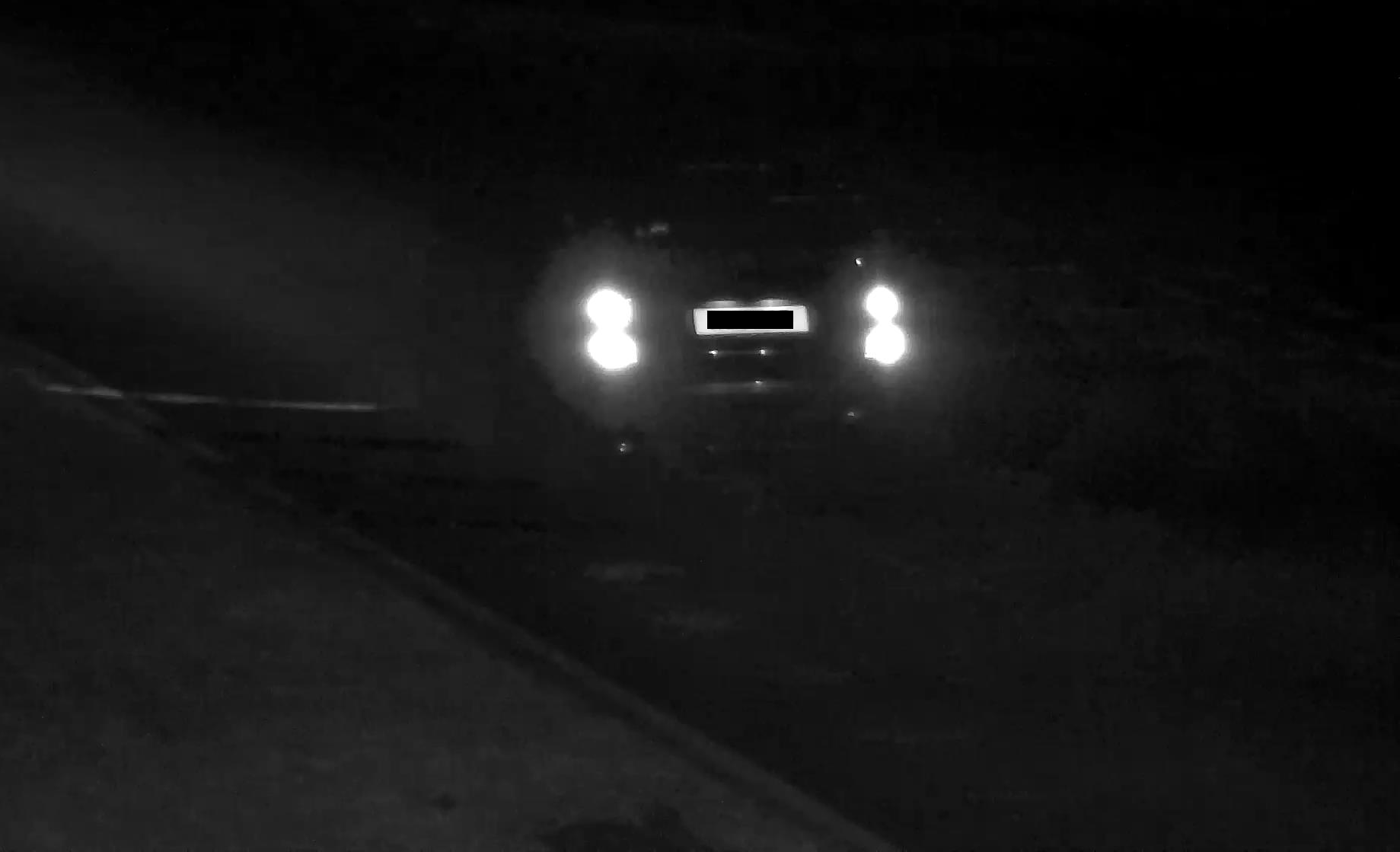 I posit this as a possible explanation:

Since the spacing of the effect is uniform, this suggests that the latent images you see are the electronic remnants of 'hottest' parts of the previous few frames that were captured by the CMOS sensor. I'm not suggesting that this is a collage of multiple captures, but that the sensor has an inherent 'refresh rate' of sorts, and that the electrical signal from previous refreshes takes some time to fade to zero, so any pixels with a remnant signal >0 may still be visible at any given time - i.e. the whitest parts of the previous images. As for why the whitest parts of previous frames appear as black (e.g. black headlight circles), I can only guess that this is also part of the processor design, but I'm sure some electrical engineers out there can explain this behaviour better.

If this assumption is correct the effect would not be visible during the daytime, as the local contrast of the image would be much lower.

An analogy would be to look at consumer LCD televisions displaying high contrast motion: e.g. a white ball moving rapidly across a black background. Some televisions (depending on panel type) will show a very noticeable latent image of the white ball trailing behind the current frame. This happens because it takes X milliseconds for the LCD panel to fade white pixels back to black. The longer this fade takes, the more noticeable the effect.

Not the answer you're looking for? Browse other questions tagged low-light cmos-image-sensor or ask your own question.