How do I make my photos look like these soft, yet sharp and colorful examples (using Lightroom)?

I love way this blogger makes her photos look. They are somehow both soft and really sharp and almost 3D. I also like how the pics look somehow both washed out and extra-colorful. I'm hoping to figure out how to do this on Lightroom (and ideally create a preset for it). Can any of you recommend what tweaks I should do (there are no layers in Lightroom) or direct me to a preset that would provide this effect? 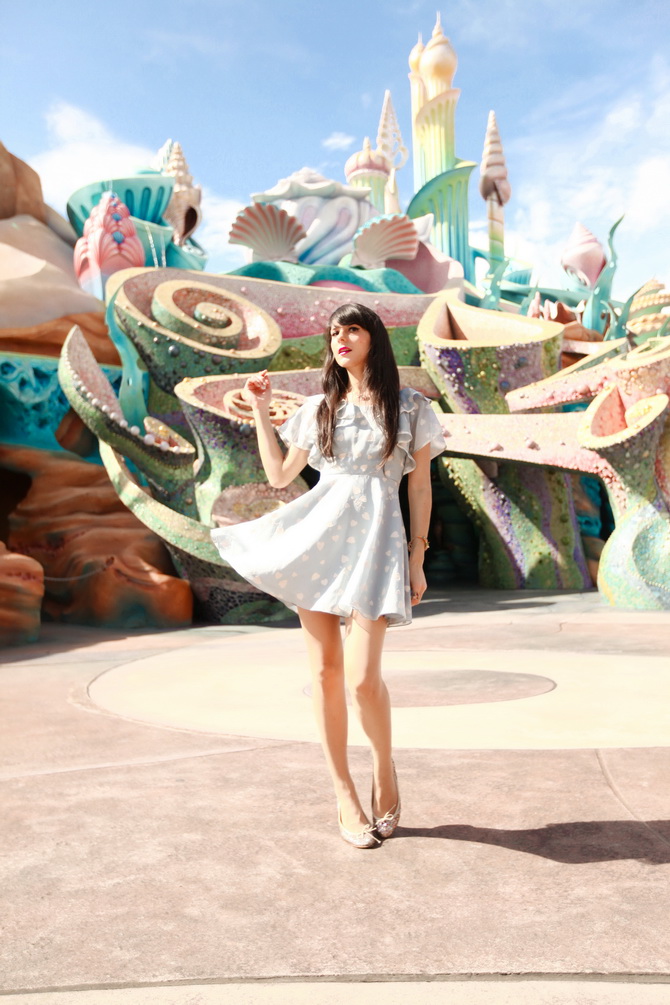 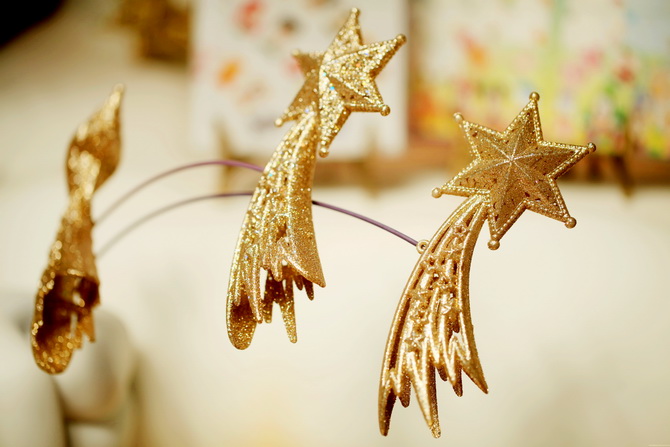 The softness is not a Lightroom settings change. It is restricted depth of field, created by opening up the lens' aperture to various degrees.

The strength of this effect appears (!) greater in your second example. To see if you can create it with a typical cheap kit lens, I tried to replicate that sort of scene here, using a 28-105mm f/3.5 lens racked out to its maximum focal length. Your average kit lens doesn't have quite as wide a maximum aperture as this one, but we can stop it down a bit to get the same effect. 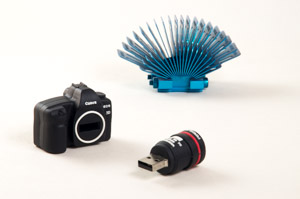 In order to get that framing, I had to use this lens' macro feature.¹ Some consumer-level zooms have this capability, but not all do.

By opening the aperture to ƒ/5.6 — a common maximum aperture for the lowest-end consumer zooms at their longest focal length — we get this photo: 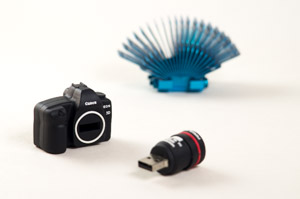 This isn't quite the effect we see in your second scene. The background isn't blurry enough, though that could be because the background is farther away from the foreground objects in that scene than in mine. The foreground is a closer match. In both photos, we can start to see the frontmost parts of the near object get a bit blurry.

Another common maximum aperture for consumer zooms is ƒ/4.5, giving us this stronger effect: 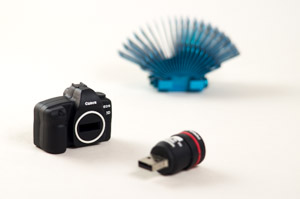 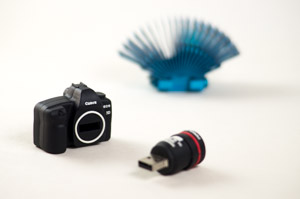 That's a stronger effect than your scene shows, but without knowing the distances and sizes involved, we can't actually know whether my test scene actually replicates what is going on in the photo you linked us to.²

You might think that the apparently weaker effect of the first photo means it could be done with most any lens, as long as you have control of the aperture. But surprise, a bit of peeking into the EXIF data shows that it was taken with a Canon 5D Mk II camera and a 16-35 ƒ/2.8L II lens, wide open. That's a professional-level camera and lens, the pairing costing over US $5,000 when new. Why do we need such high-end equipment to achieve this effect? Although full-frame cameras give shallower DoF than the more common sorts of camera, this was shot at a pretty wide angle (30mm). The shorter the focal length, the deeper the apparent depth of field. We need a very wide aperture to counteract this.

The wider the maximum aperture on your lens, the more expensive it will be, all else being equal. This is simply due to the fact that the wider the maximum aperture, the bigger the lens elements in front of it must be in order to get enough light down to the aperture. (Otherwise, you get vignetting.) The more glass you have, the more expensive the lens. Without knowing more about your example scenes, I can't say how far down this road you need to go.

That said, every major interchangeable lens system has something like the nifty fifty, which can achieve results like this inexpensively. You may not be able to get the framing you require with that focal length, however.

There are plugins³ that can help you fake low DoF, but it's much easier to do it in-camera. You really only want to use one of these programs when you've already taken the picture and find that the DoF isn't shallow enough.

Lightroom also has a Blur function, which, combined with the Adjustment Brush feature, can do a poor job of faking a 2-level shallow DoF. The plugins will generally do a better job, as they will be able to get multiple levels of DoF, do a proper lens blur instead of a too-perfect Gaussian blur, keep the near objects' edges sharp while still blurring the background right up to their edges, etc.⁴

It seems like these photo's are pretty well balanced. However the whites are a bit increased and the vibrance is a little higher than standard.

If necessary you could also lower the clarity a bit to soften the image and turn up the highlights to get the high contrast/whites.

There aren't any tricks here, Lightroom or otherwise.

Take a photo of a colorful subject in reasonably bright lighting, and you're done.

The second shot is very different from the first, and the primary visible effect is simply shallow depth of field (see How can I maximize the "blurry background, sharp subject" (bokeh) effect? and How can I get dramatic shallow DOF with a kit lens?). This is somewhat apparent in the first image, as well, and may be why you refer to it as both soft and sharp — the model is in focus, but the background is not.

In general, a lot less of photography is Lightroom and Photoshop tricks than you might assume.

The first example looks like it was shot on a film, possibly a portrait type negative. You could try some film presets to replicate it. If that does not do the trick, try adding KR or Skylight filter effect.

I don't see anything notable on the second picture, except the shallow depth of field and limited color scale given by the subject and the background.

I tried to replicate this 'soft year sharp look for a long time in Lightroom and couldn't quite figure it out. I thought lowering the clarity would help, but that just made the image hazey. After a lot of playing around I came up with the following method..

Now you're finished. It's the closest I found I could get to have that "Soft yet look" with making the image hazey.

As for the colours, I'm not entirely sure.. but I'd say raise the vibrance quite a bit, then desaturate the whole image a little.

Not the answer you're looking for? Browse other questions tagged lightroom photo-editing reverse-engineering or ask your own question.

46
How can I maximize the “blurry background, sharp subject” (bokeh) effect?
44
How can I get dramatic shallow DOF with a kit lens?
2
Should I buy this Nikon 50mm f/1.8?
3
Would a 85mm lens have allowed me to blur the background better in this photo of a DJ in action?

4
Lightroom Import alternative?
11
How do I start with in-camera JPEG settings in Lightroom?
12
What techniques has Jennifer Tibbetts used to make her photos “pop”?
4
How were these portrait photos edited to get this look?
1
What's the secret to this pastel, beautifully blurred photo?
0
What kind of filter or preset would I use to get this faded yet saturated 1950s-pastel coloring?
1
Getting this radiant but soft glow, without losing color intensity or looking overexposed?
0
Getting the Instax-camera look in post?
4
Why do my RAW pictures look fine in Lightroom preview but become faded when exported?