edit: ^^ the answer to that question talks about the lens being the same and but not how or why this is the case, and does not answer the question about resultant image,

First of all, to let you know what I understand:

I know this question sounds the same as Shooting 50mm EF vs EF-S and Is an EF 50mm f/1.4 the same as 50mm with an EF-S lens on a Canon 550D? (and a whole heap of others **) but they all seem to go off in slightly different tangents, namely what I will see on different bodies (I don't care about this, I have only one body type), they also cover things such as the effect of (say) an EF-S lens on a FF body (I'm not doing that either).

Does mounting an EF vs an EF-S lens produce the same results on a camera body that has an APS-C frame size?

Yes. They will produce the same results, assuming all the same settings, and similar optical performance between the two lenses, and 100% accuracy in the actual focal length of the lens as reported (manufacturers have been known to fudge the number). Theoretically, an EF 50/1.8 and an EF-S 50/1.8 with identical optical performance and identical aperture settings would produce identical images with identical exposure settings and depth of field when mounted on the same body.

... aren't the EF-S range of lenses physically closer to the sensor whereby the focal length IS actually shorter?

In addition, as Michael Clark points out in a comment, the registration distance for EF-S and EF lenses is identical: 44mm. That the "S" in EF-S stands for "short", and the back element can protrude farther than with EF lenses doesn't mean that the lens overall is held closer to the image plane for crop bodies, but that because the sensor is smaller, the mirror is also smaller, which means as it swings up, there's a larger clearance at the back end of the lens, so EF-S rear elements can stick farther out than the rear elements of EF lenses can on a full-frame body without hitting the mirror.

... If EF-S lenses (as a whole unit) are shorter and have a shorter back focus plane, wouldn't that make the FOV wider (ergo not producing the same image)?

Think about moving a projector closer to the screen. Does the image get bigger or smaller? Sharper or fuzzier? Because the sensor area that has to be covered by the lens's projected image circle is smaller and the lens can therefore produce a smaller, sharper image with less optical correction.

The answer is yes.

I took the opportunity to simply go for it and do it.

I placed the camera (40D, being APS-C) in the same position, that is, the body is the same distance from the subject in both shots. (I'm on a slow network, so I upload only the embedded previews from the raw files) 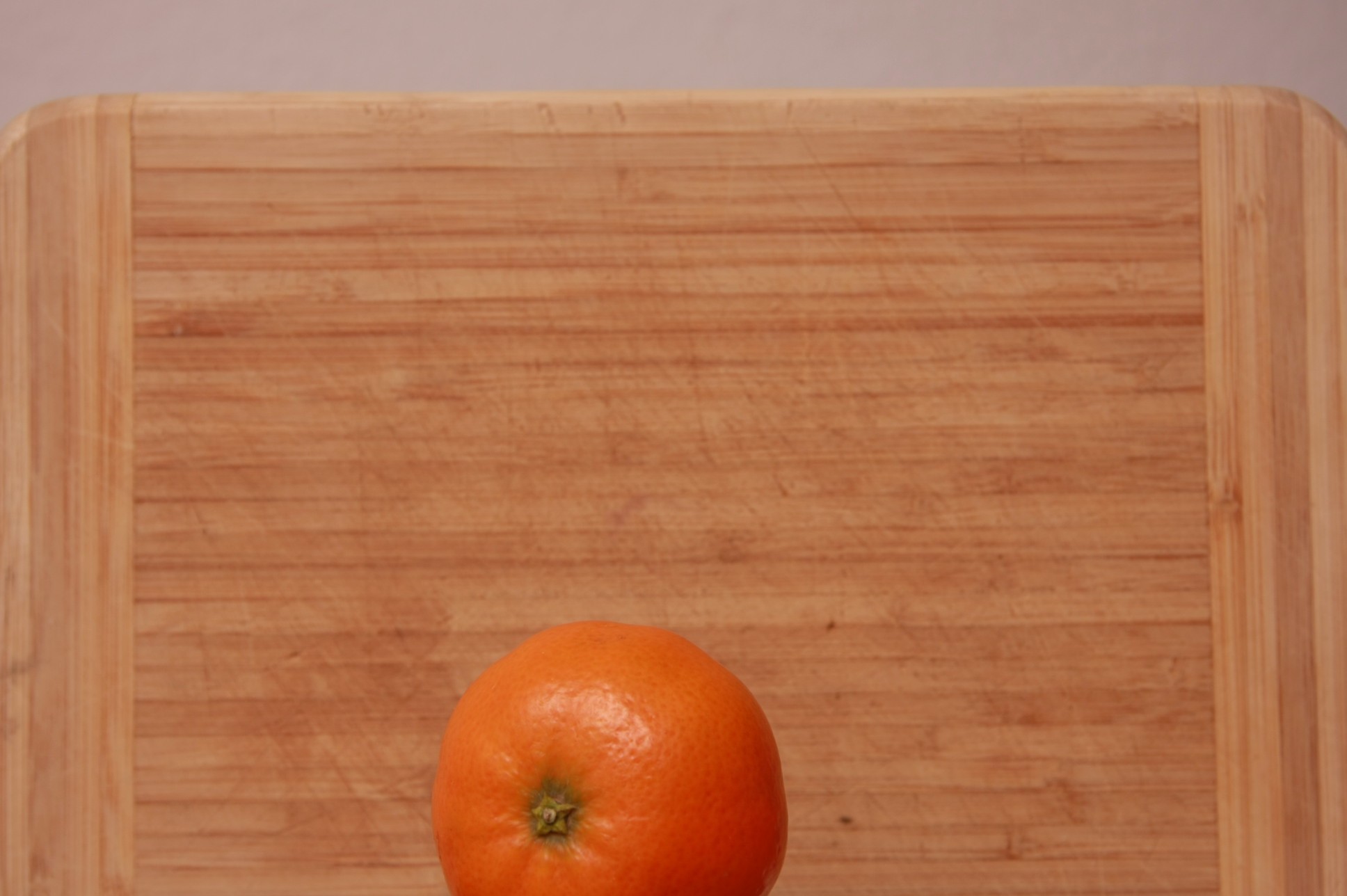 The second one with a 50mm EF lens 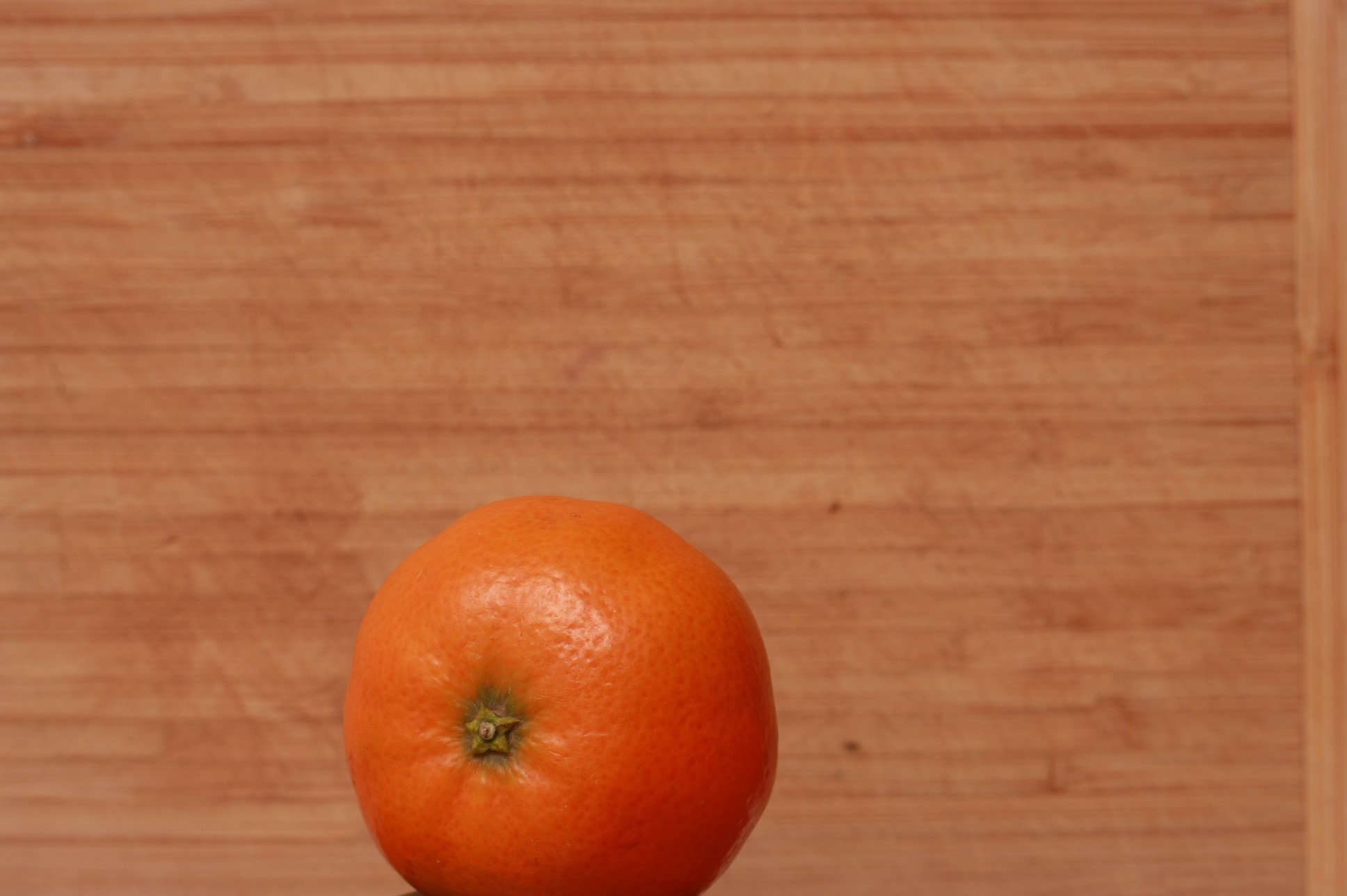 I assume that the labelling on the EF-S lens is showing "FF equivalent focal length", because they are not supposed to be attached to a FF camera. But I don't know.

Does mounting an EF vs an EF-S lens produce the same results on a camera body that has an APS-C frame size?

Nope, not the same result.

In my opinion they don't produce the same result. Here is the comparison. Imagine you using a macro tube. One optical element is moved away from the sensor to create magnification.

What occurs here is you loose quality. Light is a dispersing medium over distance if ever so slight. You lose that slight to dispersion on the distance. Also your angle is different too. If you plot the light on paper you will see what I am talking about. The magnification factor is equivalency.

Also if you look at the actual aperture opening one may even be smaller then the other. Has to be. One sits closer while the other sits at a distance. I believe the one that sits closer produces the better quality optically.

But the best test is to take it into photoshop and blow up side by side and do a pixel to pixel comparison. The other thing you looking at is the fact that at 18 mega pixels you may not even notice a difference. But if you go to higher mega pixel you may have pixel resolving where you see the difference.

And I am just talking about APC that is what I use but when doing macro work I use tubes to move the lens away from the sensor and magnify. I thing this is what AF versus AF-s does and due to this the 50mm is equivalent not exact measurement but measurement from the front lens element to the sensor. So due to this one lens may have a wider diameter and also may have a wider aperture due to the physics needed to accomplish the same result.

Now what does this mean. It means that one lens may have more pleasing bokhe. Also bokhe has to do with taste of the person looking too. Hope this answers some of your questions regarding this. But the most important point is are you at a high enough resolution to even resolve the quality drop. Also do you need that extra perhaps 5 or 10 degree difference in field of view.

Not the answer you're looking for? Browse other questions tagged lens canon focal-length or ask your own question.

7
Is an EF 50mm f/1.4 the same as 50mm with an EF-S lens on a Canon 550D?
1
Why do my 50mm APS-C and 50mm FF lenses have the same angle-of-view on my APS-C camera?
41
What is the difference between EF and EF-S lenses?
46
What is crop factor and how does it relate to focal length?
38
Does my crop sensor camera actually turn my lenses into a longer focal length?
19
What focal length gives a “normal” field-of-view on APS-C cameras?
16
Can I use my APS-C kit lens as a reference for choosing between 50mm or 35mm prime lenses?
11
Why do Full Frame lenses and crop body lenses exhibit the same crop factor when used on a crop body camera?
2
Shooting 50mm EF vs EF-S
3
What exactly is focal length when there is also flange focal distance?
see more linked questions…