I'm using Digikam to organzie my photos and use the direct import from my Nikon camera. Using JPEG pictures, I can select some of them by the preview and import pictures selectively into different albums.

When I took RAW photos, it looks like this: 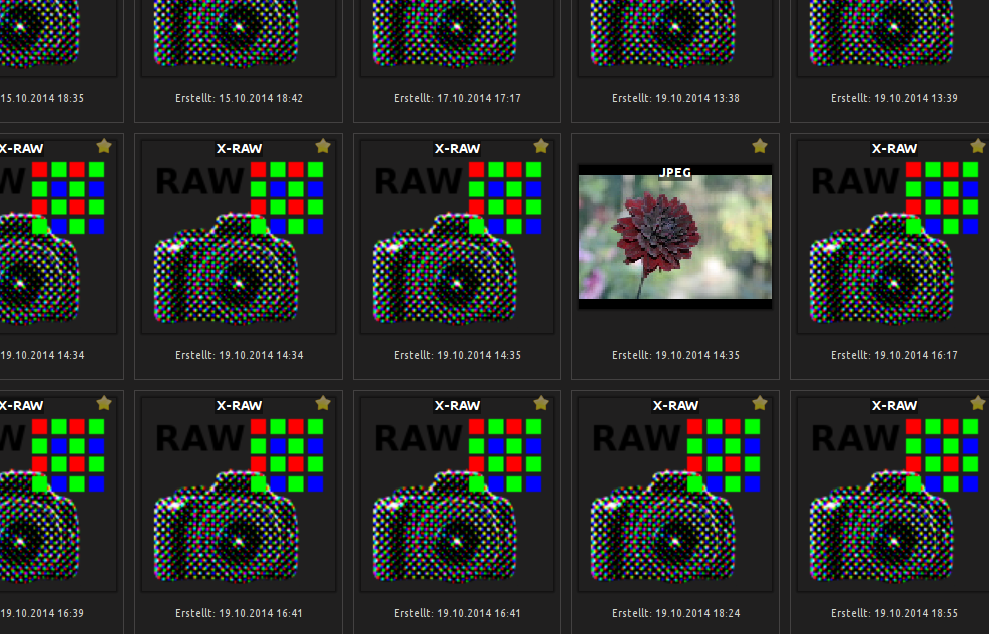 Is it possible to have Digikam to show me the RAW-internal preview pictures?

To the comments: It is possible to see the pictures after they have been imported. So it's not a question of installed codecs.

Updating to version 4.6.0 helped. Now, the preview is also in the import window :)

Thanks anyway for your support.

Not the answer you're looking for? Browse other questions tagged software raw digikam or ask your own question.

11
How DSLRs calculate the number of remaining photos?
10
Simple app for viewing JPG and then deleting JPG+RAW files simultaneously?
2
CHDK generated DNG has no preview
5
How to automatically apply a Lightroom Preset based on appropriate (Canon) Picture Style on import
3
Can digiKam find images without face tags?
4
Why do RAW images in Darktable have a lot of noise?
0
Lightroom messing with photo when importing RAW
3
Why isn't Corel Aftershot 3 opening my RAW file?
2
How to make digiKam use previews from darktable?