Last night, I shot 400+ pictures with my Canon 650d. I was happy until I plugged my memory card into my card reader. The .CR2 files look okay, but when I import them to Lightroom, an error shows up: "The files appear to be unsupported or damaged" 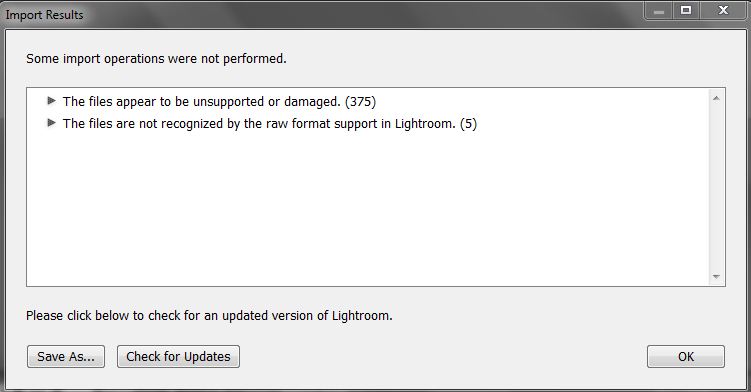 Only 12 pictures survived and they look corrupted : 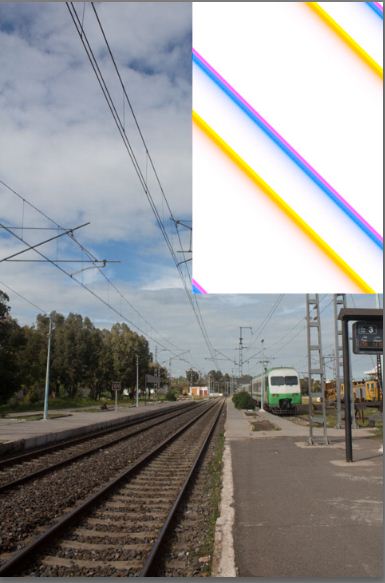 Next, find a different memory card reader, cable, and ideally completely separate computer. It's possible that the images just had a problem in transfer due to some hardware glitch.

If they are still damaged, you are probably out of luck. You could try memory card recovery software, but it's really unlikely to help, since that works best when the damage is really just to the filesystem structure (like accidental deletion or formatting).

You have to look for some Raw Image Repair Software. Although there are many recovery software available online, but most of them cannot repair from RAW files. Also do not use that memory card further until repair process is complete.

I spent the last few years repairing digital photos. The type of damage in your example can hardly ever be repaired. If entire image is distorted I can sometimes repair, this case NEF but I have repaired mostly CR2: 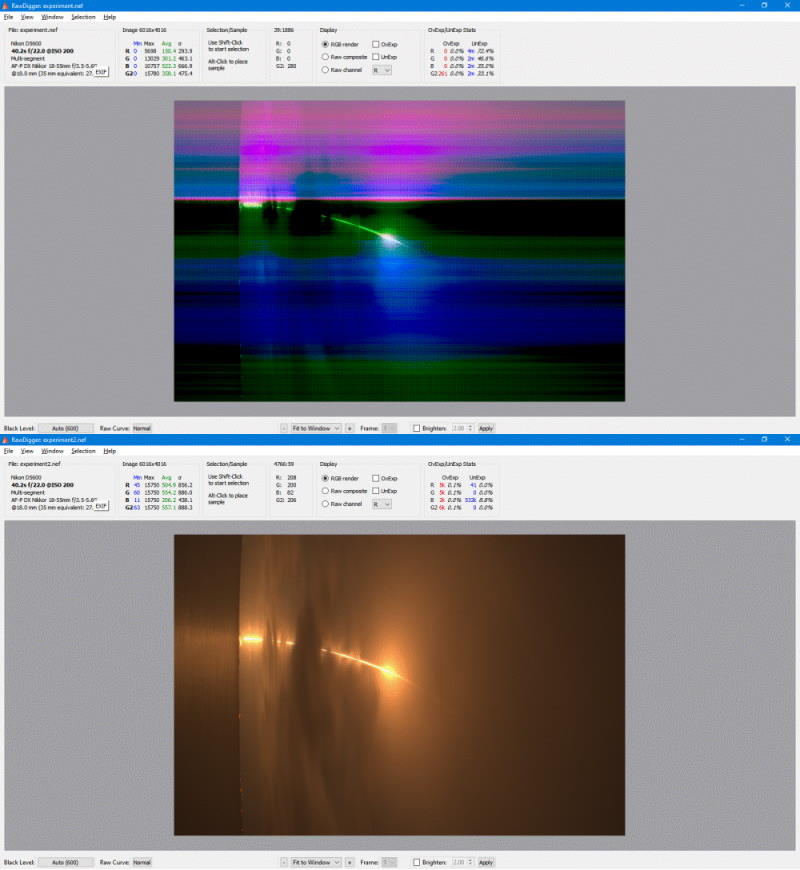 I sometimes say, as I have no education in this direction, if I can repair file with some patience, a known good file as a reference, a hex editor (I use HxD) and a RAW photo viewer (I use RawDigger as it seems very easy on partially corrupt files), then anyone can. Trick is to get the file 'working enough' to get RawDigger to accept it and then export RAW data as TIFF.

What works 9 out of 10 times is extract full res JPEG previews from either the corrupt files or straight from the memory card.

RAW files tend to be large, mostly the RAW image data. Chance that becomes corrupted is larger than the relatively small JPEG data becoming corrupt. Although tools exist that grab the preview JPEG from RAW photos, most of those I am aware of require the RAW file to be intact.

I made tool that also scans corrupt files for the JPEG (JPEG-Repair Toolkit) but a free trick I can think of is let PhotoRec think the RAW file is a disk image. Probably the free demo of DMDE can be used too.

Not the answer you're looking for? Browse other questions tagged lightroom raw data-corruption canon-650d or ask your own question.

18
How can I recover photo files from a memory card with a corrupt filesystem?
9
How can I repair a corrupt .nef file?
0
Lightroom messing with photo when importing RAW

4
Can Lightroom detect corrupted images?
2
Possible corrupted files won't open in PS or LR - need to fix them
4
How do I repair "partially" corrupted raw (cr2) files?
1
Problem with recover photos - all are black
1
Troubleshooting lightroom and corrupted dngs
4
How to find corrupt CR2 files?
2
Possible cause for corrupted images (colored stripe with dots in pictures)?
0
Corrupted Photo format