What Is The Scale Of The Y Axis of The Histogram in Lightroom / ACR?

The scale is somewhat arbitrary, and it is adaptive. That is, it's automatically scaled in an attempt to remain as useful as possible, given the image and its current adjustments. If you create an image in Photoshop that has a perfectly even distribution of colour or grey tones (let's say a 256-pixel image with one pixel each of every shade of grey from 0,0,0 to 255,255,255), you'll get a block histogram with every tone "maxed out". Edit a few pixels, and the whole histogram drops to show you the variation in distribution.

Ultimately, you are interested in "none", "some" and "many", and beyond that you don't care at all. Clipping in the vertical scale just means "lots of pixels are at this value", and if it happens anywhere other than at/near black and white, it's essentially meaningless to you. If you photograph a subject in front of an evenly-lit mid-grey background, expect a whole big bunch of mid-grey pixels; it matters not a whit whether there are 8 million or 9 million of them unless and until things that aren't supposed to look like a mid-grey background are indistinguishable from the mid-grey background when you look at the image. You're probably much more interested in the pixels that aren't the dominant tone, and if the display is scaled to fit the dominant tone, you might not see them.

You will always have one value touch the top of the graph because the scale is set to match the max Y value. It's not important what that Y value is, only it's relative proportion to the other Y values (hence, no numbers, ever). Below is an image that is 50% black and 50% white and you can see the graph is peaked on both sides. You can't see it in the screenshot, but the "count" is 12622500 for the 255 level (pure white). 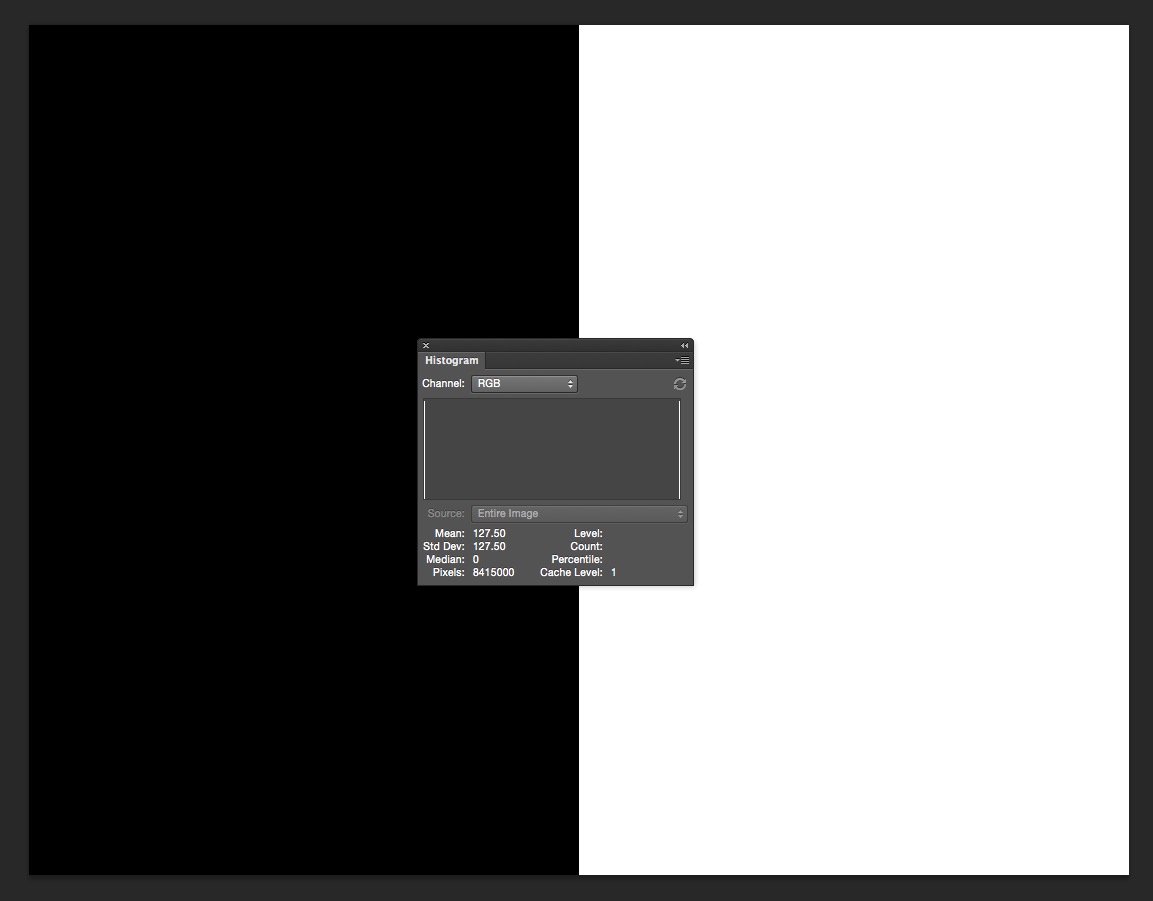 And this is an image of a gradient (imperfect, however) that shows the same size image and it's respective histogram. And for this graph pure white isn't actually the highest, level 254 ranks in at 189368. 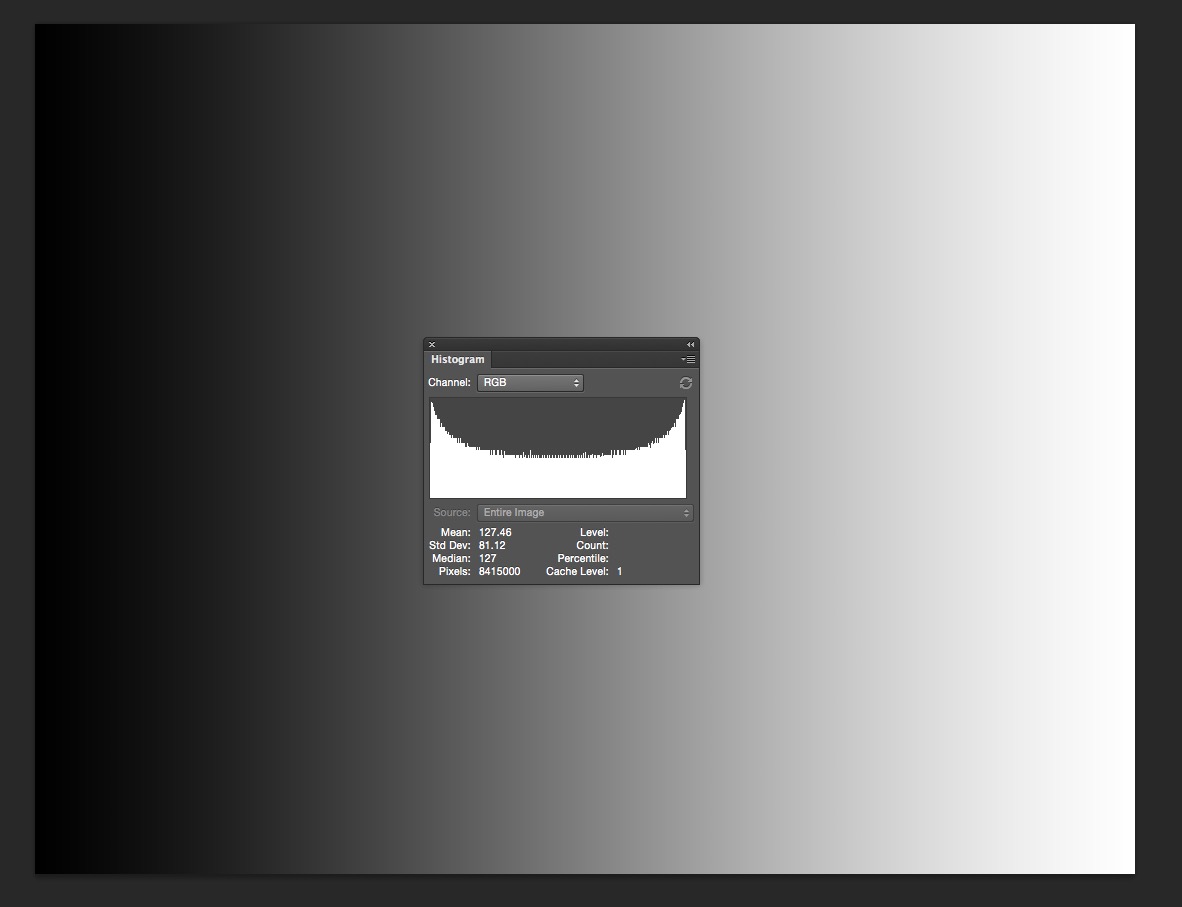 Not the answer you're looking for? Browse other questions tagged lightroom raw exposure histogram or ask your own question.

13
What does it mean if the main peak of my Histogram is beyond the top of the chart?
3
Is it possible to get the Histogram display in Lightroom to only consider the area selected by your cropping?
10
If my histogram shows nothing at the ends of the scale, does it mean the dynamic range of my camera isn't reached?
1
What does it mean when an RGB histogram and luminance histogram look similar?
0
Lightroom/ACR Histogram Shape
2
How is tonal range of a colored image mapped to a scale of 0-255 in RGB histogram?
5
Why doesn't Darktable's histogram match the one my camera shows?