Why does "bulb" mode usually rely on holding the shutter button?

Why does bulb mode usually require holding down the shutter button to keep the shutter open? It seems very impractical considering that the camera is more likely to shake when it is being touched. I understand how this made sense with the old screw-in type shutter release cables, but is there any practical reason why it's retained on modern electronic cameras which can't use a mechanical cable release anyway? Or is it just a historical thing?

Also, what is the origin (etymology) of the term bulb?

I'm simply asking this out of curiosity. I'm aware that my camera has another mode where one press opens the shutter and another press closes it.

In days of old, the shutter release was pneumatically triggered from an air bulb. You squeeze the bulb for as long as you want the exposure.

From The Focal Encyclopedia of Photography:

When lens shutters were introduced in the 1880s, one way of tripping the mechanism was by squeezing a rubber bulb that was connected, by a long rubber tube, to a small piston. One option for exposure was duration, called instantaneous. The other exposure was keeping the shutter open as long as the bulb was compressed and was therefore known as a "bulb" exposure. 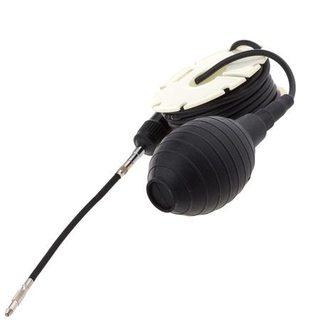 And so we come to the modern world and the name has stuck. There are other mechanisms for doing a bulb exposure that doesn't mean squeezing something. I personally like mechanical cable releases that look like: 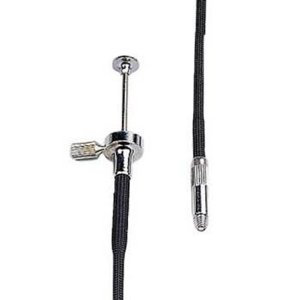 Though when you loose the threaded release as the way to hold it down, you find yourself needing some other approach to do the duration of the exposure. You can hold the button down (the way that it worked before too - just the cable release made it easier).

Holding down the shutter button is the surest way to tell the camera how long to do the exposure. It has worked well from the days of the first in lens shutters until relatively recently as everything is now electronic or wireless (though when you lack those, it is still useable).

You can find electronic ones now days. For example: 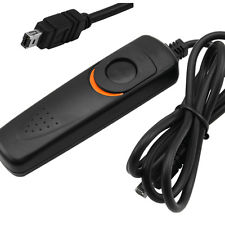 With this release, you can hold it down, or you can push the cover to lock it down. Canon (for a while, I'm not sure if this is still he case) could make use of a DIY remote for which you could make your own way to 'hold' for the duration of an exposure.

Wireless releases such as the ML-L3 tend to use a dual press (holding the button down has too much possibility for error if the signal is lost):

Going back to the world of large format, you can see the 'B' setting (bottom part of the ring at about about 8 o'clock) on old shutters such as this Copal Press No. 1: 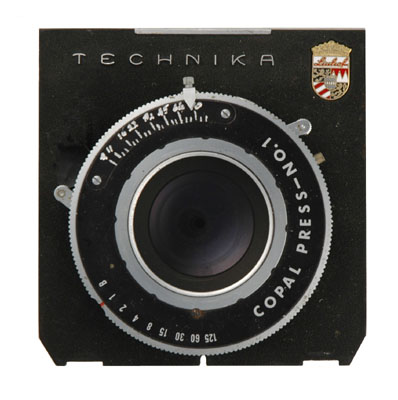 A more modern Copal shutter has both a 'B' and a 'T' setting: 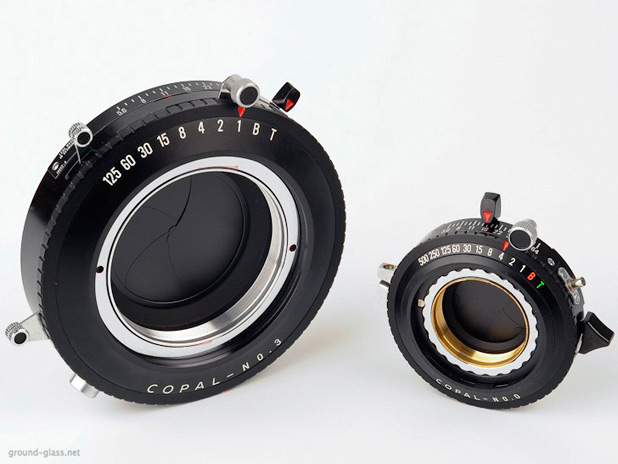 The 'B' setting is for the bulb, which works the same way all the other bulb exposures do. The 'T' shutter speed is a 'time' one which uses two actuations of the release - one to open, one to close. Much like the wireless remotes today.

I have trouble finding when the 'T' was a standard setting on large format camera shutters became a standard setting (note: photos of press shutters rarely had the 'T' setting), though I've found pictures of rather old shutters that have the 'T' setting. One theory for the origins of the 'T' setting is that if you've got a hose that has some leak in it, over time the release will go on its own accord. With a 'T' setting, you can squeeze once, release, (let the pressure back into the system), squeeze again. I've got nothing to back this up other than old stories chatting with retired photographers.

Because it always worked that way. Considering that the mode was mainly for long-duration photography a couple of jiggles at each end of the exposure would not have been noticeable.

The word comes from the day shutters were operated by squeezing a rubber bulb - the shutter is open as long as you keep squeezing. Another "because it's always been that way" term. See also "hang up the phone".

If your hands are not particularly shaky, you may actually get less camera shake from holding down the shutter than you would by releasing it and pressing it again.

Basically, with the hold-down method, the possible sources of camera shake will be:

If you instead were to press the shutter twice, once to start and once to stop the exposure, and release your hands from the camera in between, you'd get:

In effect, if your hands shake enough while holding the camera for that source of jitter to dominate the others, then you'd be better off letting go of the camera. Conversely, if your hands are fairly steady, you'd be better off not releasing the camera body even if you could (as that would require much more hand movement than just gently pressing the shutter button), and if so, you're slightly better off holding down the button than pressing it twice (two finger movements vs. four).

All that said, I'm pretty sure that this is not the main reason why bulb mode traditionally works the way it does (although it certainly might contribute to its persistence). Rather, as the other answers note, it's almost certainly just a historical accident.

In any case, all of the above is assuming that you actually use the shutter release button on the body. If you use any decent remote shutter release, the two methods become all but exactly equivalent, as far as camera shake is concerned.

Flash "bulbs" take a measured amount of time to reach their peak brilliance whereas electronic flash is virtually instant. Bulb mode is a "delay" to allow for the lag time of a bulb. Try taking a flash picture with a flash-bulb while not in the B mode and you will see the results.

You can put the camera on a gripid, go on bulb mode and walk around with an electronic flash and "flash-fill" a very large area.

Not the answer you're looking for? Browse other questions tagged history bulb-mode or ask your own question.

16
If raising the center column makes tripods unstable, why can they be raised so high?

3
How to operate Nikon D300 in Bulb mode with the ML-3 IR remote
2
Can I use a remote shutter / bulb mode on a Canon T4i?
3
What is the efficiency of Bulb mode vs taking multiple shorter exposures?
1
Why does my shutter release multiple times using wireless remote in bulb mode? Canon t3i
6
Using bulb mode with EOS Remote app without having to hold down shutter button possible?
0
Can I use the Samsung Nx300 in bulb mode without continually holding the shutter?
1
How do I get correct exposure for long shutter times in bulb mode?
1
Can I use bulb mode for long exposures without having to hold down the shutter button?
2
Why won't my Nikon D5200 go into bulb in quick response remote mode when using a remote shutter release?