What is the photography term for blurred / dragged lights?

What is the photography term for blurred / dragged lights? Hare are two quick examples from my phone: 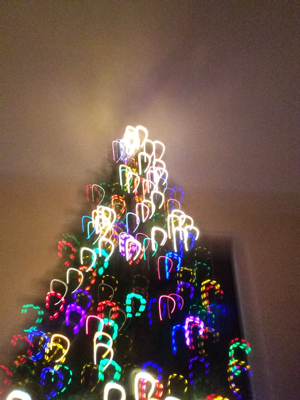 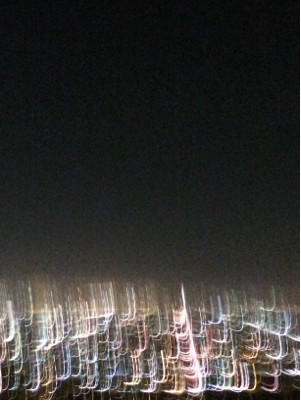 Would this be considered bokeh, or does a term even exist for this?

Would this be considered bokeh or does a term even exist for this?

I agree with Romeo Ninov's comment: this is plain old motion blur. You could call it "light trails" to make it clear that it's something you're doing on purpose, but photos of light trails are generally created by having the lights move rather than the camera.

Bokeh refers to the way objects (often lights) are blurred by the lens when they're out of focus; it looks like the lights in your images are reasonably in focus (the trails are fairly sharp), but blurred due to the camera moving.

Light trails in general are the lines produced when an object moves during a long exposure — see How to shoot light trail photos with iPhone? and also When should you use a normal flash vs a second-curtain flash?

In this case, of course, the object that moves is the camera, which from a relative point of view is basically the same as holding the camera very still and shaking the world. If it's important to distinguish, you could say camera movement light trails.

Sometimes, rather than photographing something like cars with headlights at night, light trails are made by intentionally moving light sources during the exposure — this is called "light painting", and here you're moving the camera during the exposure for a similar effect, so you could also consider this a subset of that. (It's even given as an example in this answer.) In your examples, the exact pattern in which you moved the camera is shown in the trail of the lights — a horseshoe shape in the first example, and an inverted-L shape in the second.

It's not "bokeh", which isn't a general word for blur (or even the blurry light discs that it is often associated with). See What is bokeh, exactly? for both technical description and a diagram I drew showing the relationship between different kinds of blur.

They are more of light trails than bokeh.

These are light trails, produced due to long exposure during motion of light.

Not the answer you're looking for? Browse other questions tagged terminology blur bokeh motion-blur lights or ask your own question.

121
What is bokeh, exactly?
28
When should you use a normal flash vs a second-curtain flash?
16
How do I get started with 'painting with light' photography?
2
How is the illusion of light streaks achieved in this photo?
3
How to shoot light trail photos with iPhone?

4
Why doesn't the background become blurred when I change the aperture on my Fujifilm S4000?
0
What does "pop & drag" mean in low light photography?
1
What's the secret to this pastel, beautifully blurred photo?
3
Is there a term for the area that a lamp lights?
3
How can I take pictures with extreme bokeh with an in-focus subject nearby?
2
In photography and videography, what is a long shot / wide shot?
0
Is there a specific term for a tripod on wheels with handbrake in handle?
2
Why should you leave 2 ft from the ceiling for studio lights?
1
What are these "lights" in the sky in my drone picture?