What might cause horizontal artifacts in Lightroom after import?

I have some old photos on the SD card in my Sony A57. After importing into Lightroom, there are horizontal artifacts on most of the imported photos. This is a screen grab of Lightroom displaying one of the photos. 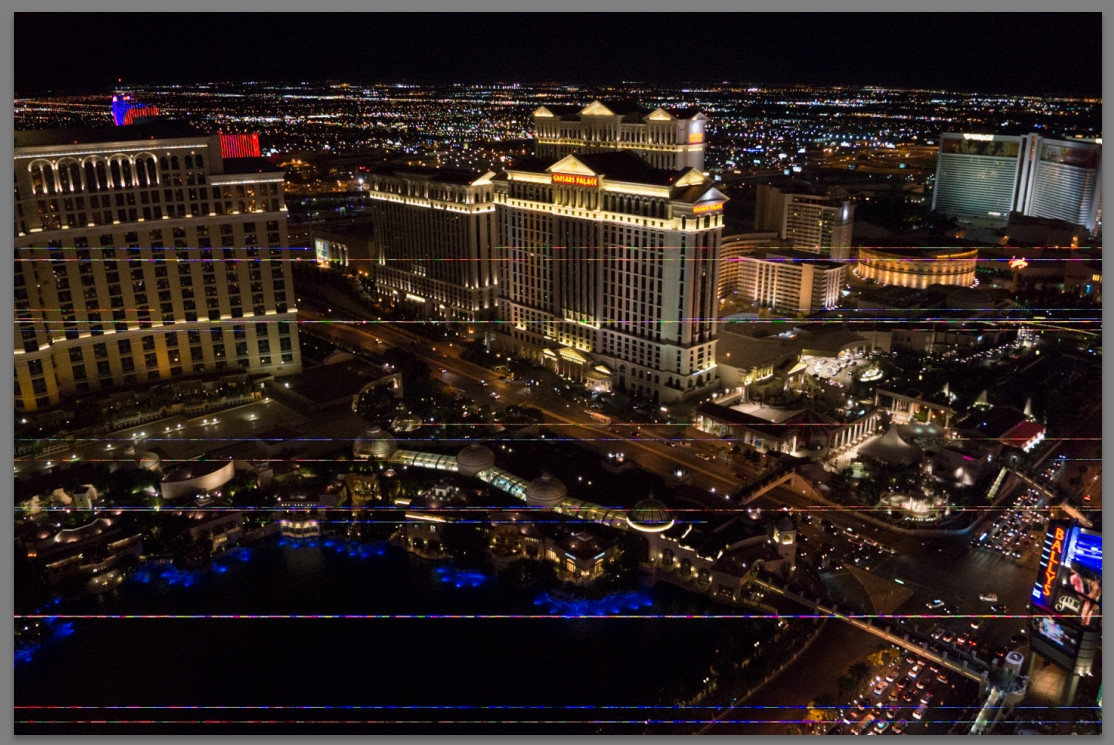 I have tried this import multiple times with the same result. I shoot in RAW + JPEG. The equivalent JPEG image also doesn't seem to render properly - it just cuts off drawing a certain amount vertically.

The import spans multiple shooting sessions across months, so my guess is that the corruption is occurring in the import process. The photos seem to render fine on the camera display.

I just imported some newer photos yesterday and didn't notice this.

What could be the cause? How should I go about troubleshooting? Is this a bad SD card? Bad data cable?

Should I assume the data on the card is bad (i.e. photos are not recoverable)? Or is this most likely a problem in the import process somewhere?

Should I stop using this SD card at this point?

Update: It is not the mini USB cable that I was using. I cannibalized one from a PS3 controller and the import still had the same symptoms.

You asked "How should I go about troubleshooting?"

Failing the above I would have to think it through in a bit more detail.

Did your images ever go into LR 4?

I had the same issue with photos that went through Lightroom 4. There was an issue with LR4.2 through 4.4 that caused corrupt photos. This may or may not be your issue, but you mentioned these photos are very old. I had lots of my files that were affected and it was only luck that I noticed it while I still had backups. I replaced the images and updated LR and haven't had similar issues since. I now keep 2 backups of all my photos.

Here is some info about the LR 4.2 > 4.4 bug. I had photos that had blocks missing, but I also had some that had the lines you are showing here.

Unfortunately in my case I was not able to fix the images and had to recover from a backup. Sorry to see the damage, looks like nice photos. You could maybe content aware the individual lines out as a last ditch effort.

Not the answer you're looking for? Browse other questions tagged lightroom artifacts data-corruption or ask your own question.

0
importing an external list of photographs to Lightroom
0
Why are my Lightroom 3 developments displaying in some applications but not others?
4
What to do in Lightroom when shooting both RAW and JPEG?
5
How to automatically apply a Lightroom Preset based on appropriate (Canon) Picture Style on import
1
How do I move a photo in Lightroom after it's been added but not copied?
1
How do I import an iPhoto library into Lightroom, keeping adjustments intact?
1
Batch processing in Lightroom without import
1
I somehow imported everything into Lightroom twice - how can I undo this?
2
Importing MOV file deleted the JPEG file with same name
1
How do I re-connect a missing lightroom folder?