Can post-processing save these pictures? (shooting through mesh netting)

At a Synchronized Skating competition this weekend, I was forced to shoot through a mesh netting surrounding the ice (usually there to keep hockey pucks in the rink). Of course, the netting created havoc on auto-focus, but I still managed to get many shots that were reasonably sharp. However, on some shots that were otherwise clear, there are obvious artifacts from the netting visible in the pictures. I was wondering if there was any way to "save" these marginal photographs?

Here's an example of the netting (and the AF getting fooled by it, nothing can save this, but have a look at the other shots): 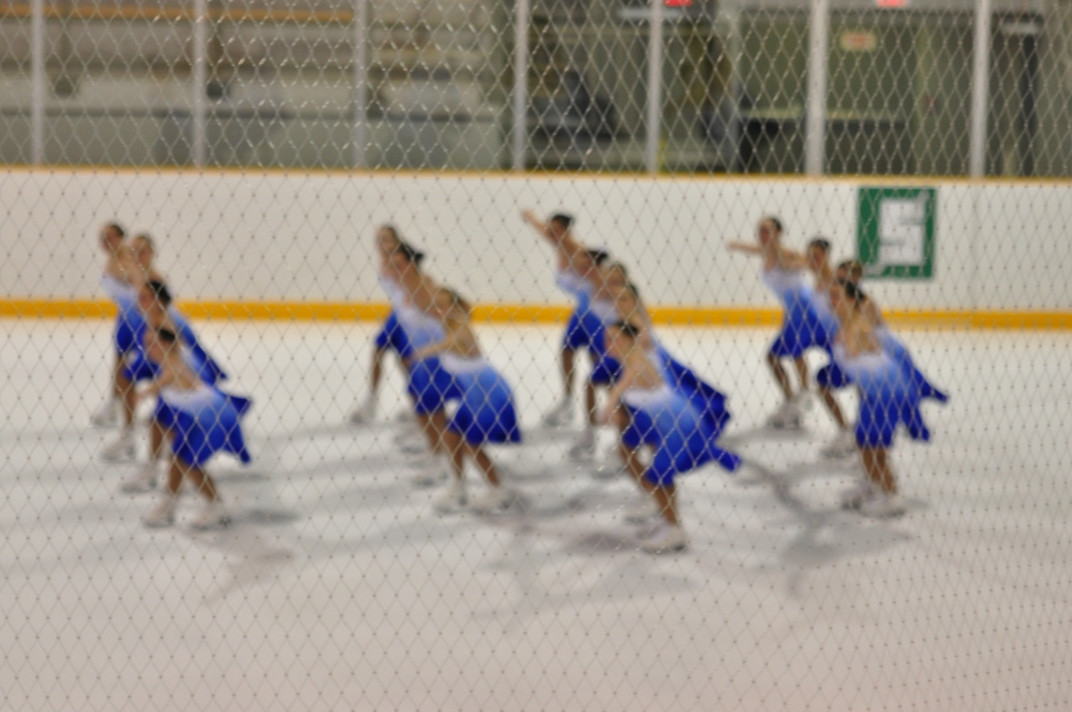 Another picture where it focused (nearly) correctly, but the netting is still subtly visible: 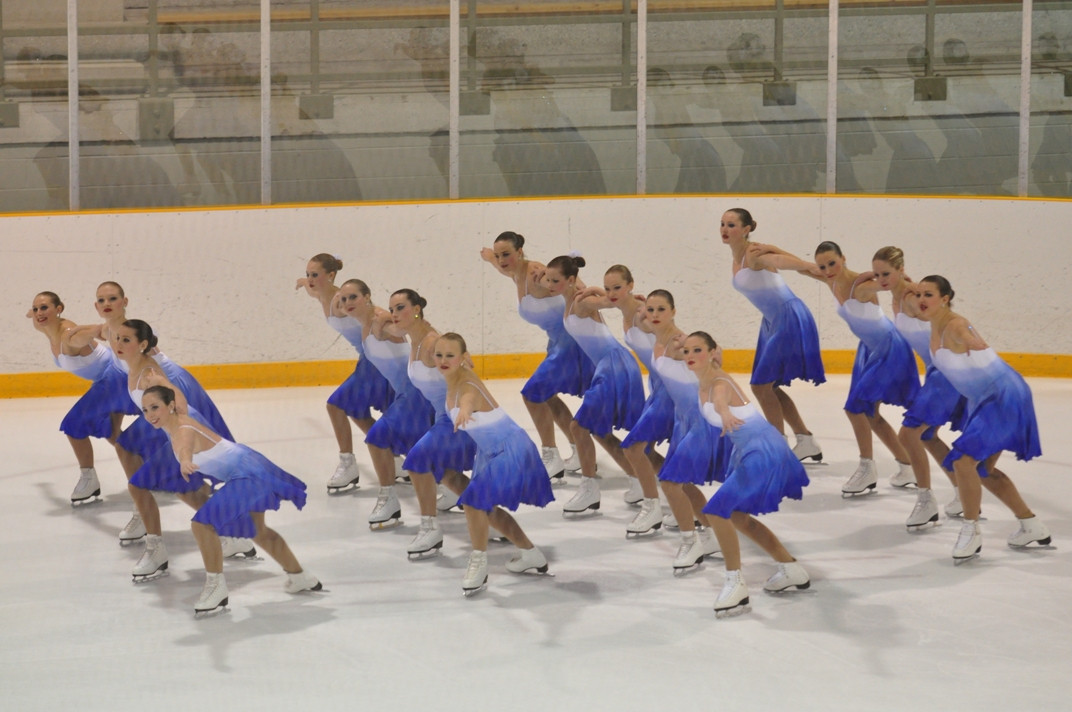 A picture where the focus is good, but the netting is clearly visible: 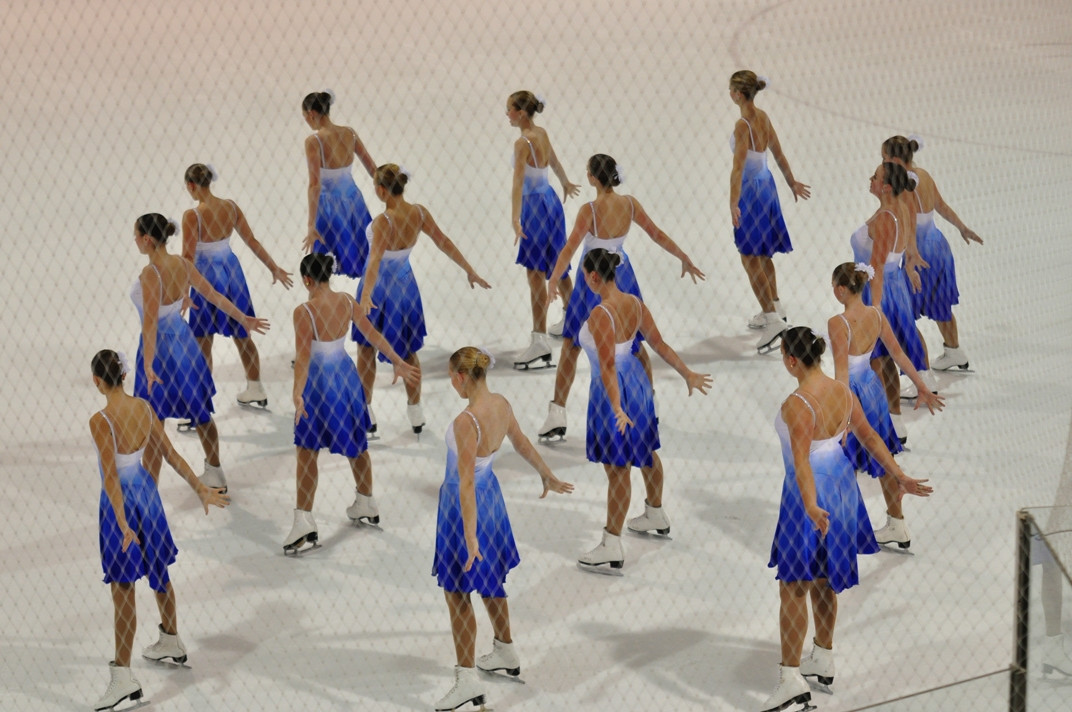 And finally, a picture where the netting is not seen at all (well, almost not at all, there are still some artifacts in the blue of the dresses): 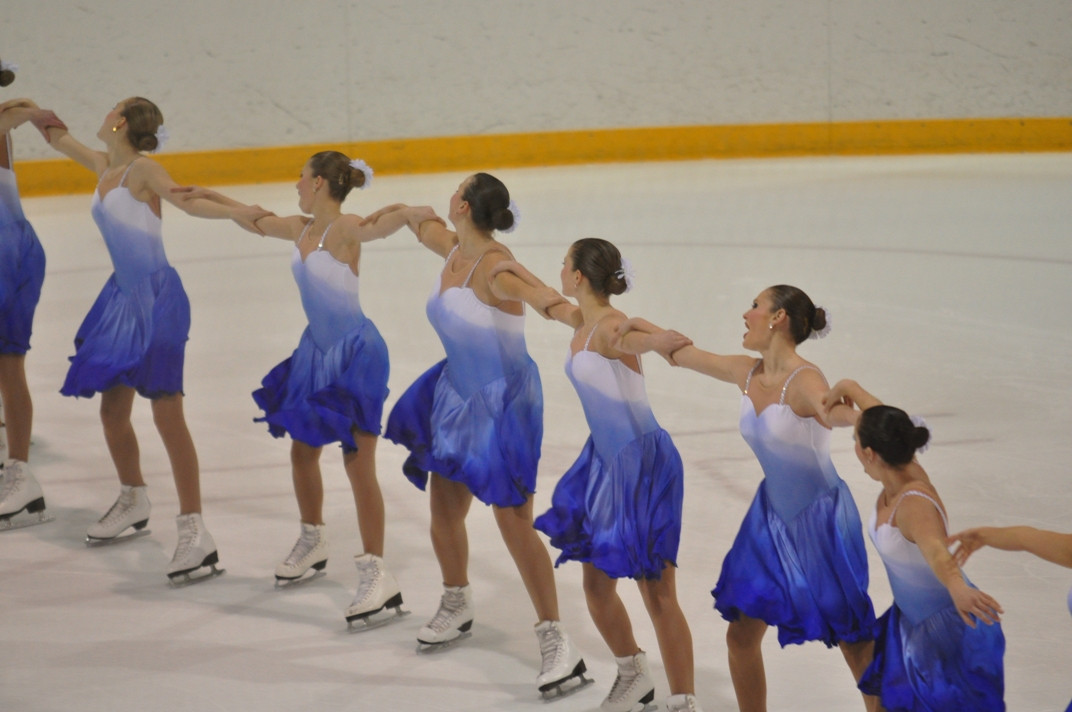 Obviously nothing can save the out-of-focus picture at the top, but is there anything that can be done to save pictures where the focus is good, but where there are subtle (or not so subtle) artifacts from the netting visible in the photo?

I've never attempted this sort of fix myself, but a Fast Fourier Transform plugin for Photoshop or GIMP might do the trick here.

Wikibooks has a tutorial on removing periodic interference with GIMP.

It might help to split the image into several sections, as the netting is not perfectly even.

I expect that this might help a bit, but without a lot of manual retouching, your image is not going to be "perfect". This might help make the netting even less noticeable, however.

While Evan's suggestion is quite good, there is a rather different possibility that can work well under the right circumstances. Specifically, if (for example) you were shooting from a specific seat number, and can get back into the same place when nothing is going on, and shoot basically the same shots, but without the skaters present. Put the two shots onto two layers, align them, and from there it's a matter of picking the right blending options to remove the second from the first. It's not necessarily easy to make it work, but can be quite effective when it does.

The first thing to know is to get as close to netting fence as possible and shoot from there (because it will make netting very out of focus - far from focused DOF). but on the contrary you may get smudges from the glass on your shots.

One more about periodic interference algorithms. You should try different shots with that post process. I'm a developer myself and I guess that semi-focused net would be easier to remove than the completely blurred one or the sharp focused.

You can also try with Project Vega. The result seem impressive..