Why do macro lenses have such recessed front elements?

This is a 90mm Tamron SP Di macro lens. Like other macro lenses in this focal range I've seen, it has a deeply recessed front element — more than 1.5", and that's without the optional lens hood! Is there some design or functional reason for this recess? To me it seems like a drawback because it prevents me from projecting light closer to the axis of a subject when very close. 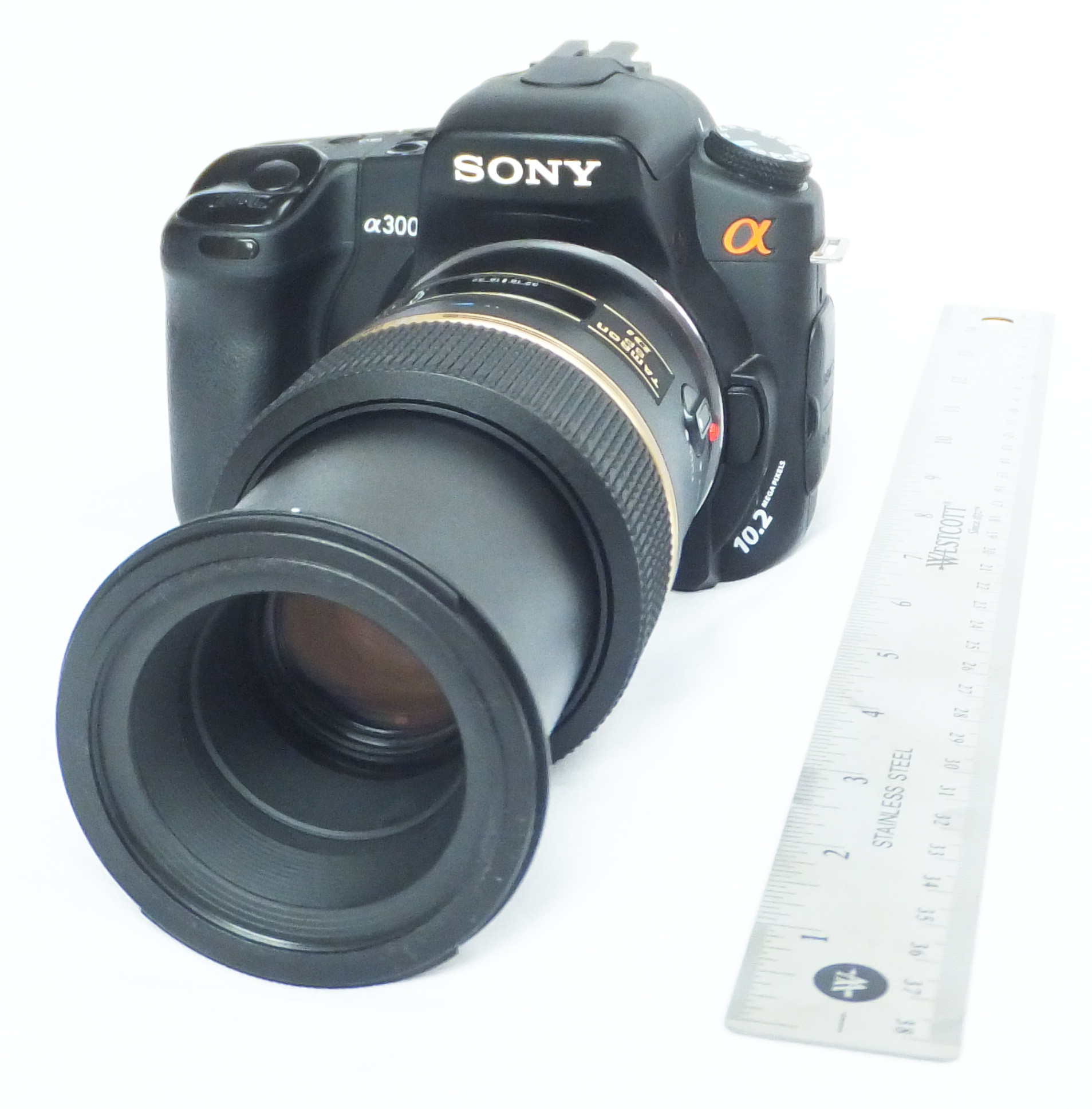 Update: To emphasize my confusion, here's a telephoto lens for comparison. Note that whether the inner tube is fully extended or retracted the front lens element is just behind the lens bayonet/filter threading on the telephoto, and 1.5 inches deep on the macro. 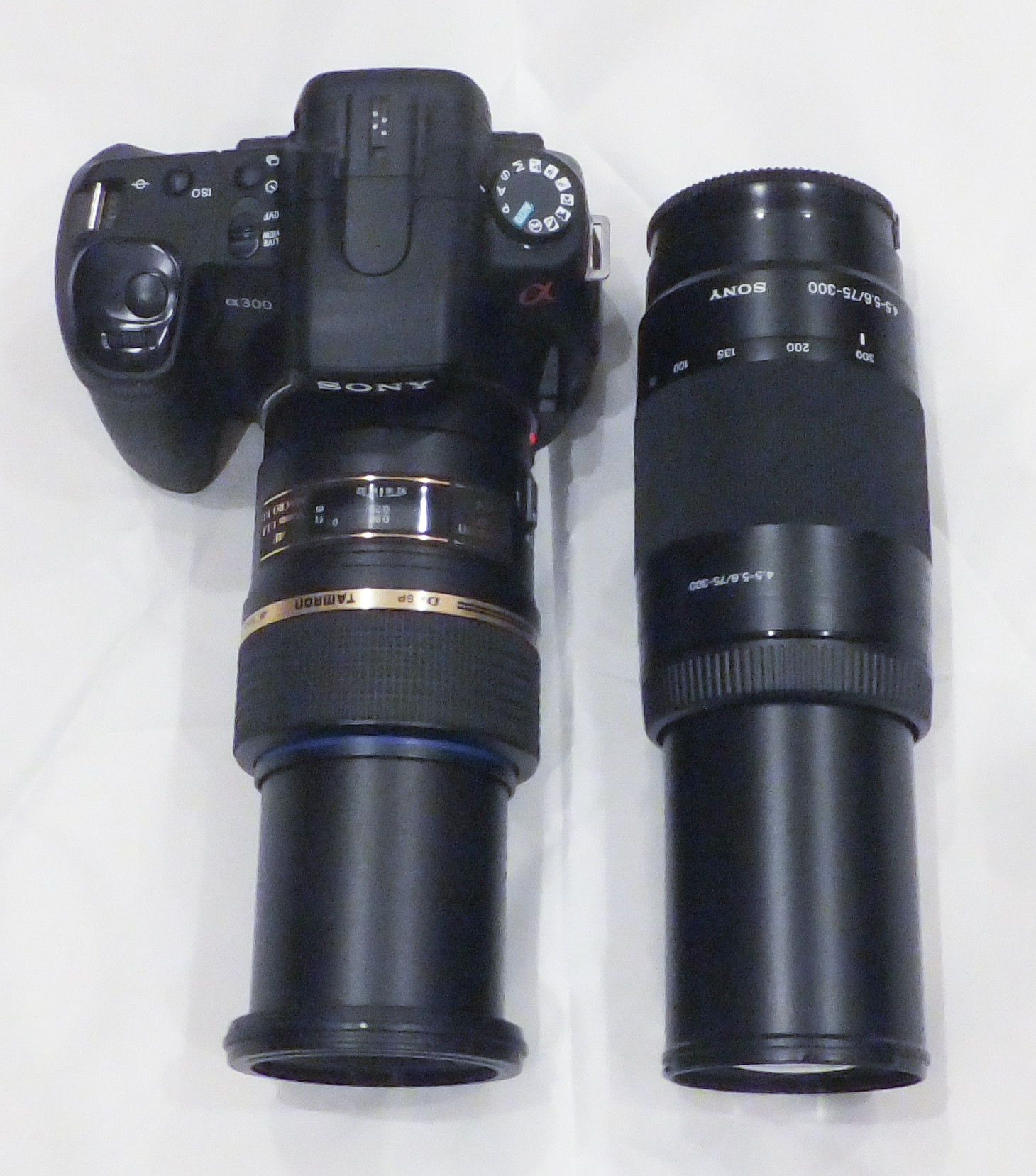 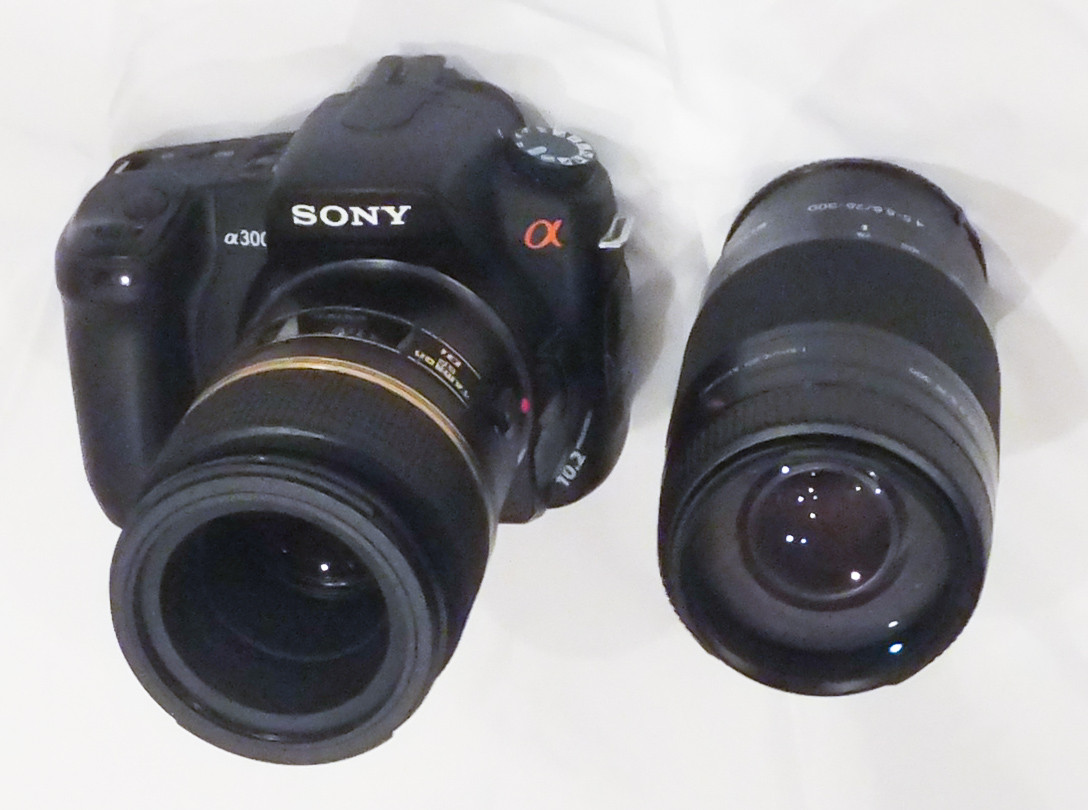 Summarizing the other answers and comments I think I can see how this is a solution to a structural problem. I'll outline it here so others can validate it:

By extending the tubes 1.5" past the front element the overlap at full extension goes from about zero to 1.5". If they optimized that length I would guess that's somewhere in the range of the plastic's bending/cracking point, so if the lens is bumped/dropped at full extension it's as prone to break as to pop the front tube out.

The 300mm telephoto shown for comparison goes from 5" long to 7" long, so there is still up to 3" of internal overlap/grip on the front barrel at full extension.

Note that this question refers to "block focusing" lenses, which are typically on the cheap end of the spectrum. Internal focus designs do not change overall length and so we would not expect to see deeply recessed front elements on such designs.

That's a trade-off you make to get both macro focusing and the focal length you want in the same lens. Most current-generation macro lenses, including Tamron's newer 90mm f/2.8, are internal focus (or "rear focus") lenses; they'll let you go to a 1:1 magnification, but they do that by significantly shortening the focal length of the lens while leaving the front of the lens anchored in space. The current-generation Tamron 90mm macro is only a 60mm lens at 1:1 magnification.

In the traditional unit focus layout, you focus closer by moving the lens, as a unit, away from the sensor (or film). To focus at 1:1, you have to move the lens a long way. Look at where the fron element is in relation to the outer barrel of the lens when the lens is focused at 1:1 -- that extension distance has to come from somewhere, and that "somewhere" is the length of the outer barrel of the lens. (Yes, it can be done by using two tubes, nested, which is far less stable, or by reducing the amount of overlap between the tubes when the lens is fully extended, which is also far less stable.) In the original version of this lens, a manual-focus version with an f/2.5 maximum aperture and the Adaptall 2 mount, the inset of the front element wasn't as deep (it still had what amounted to a built-in lens hood, just not nearly as deep), it could only focus to a 1:2 (half life-size) magnification without using an additional extension tube.

Again, you can go for an internal focus design. Just be aware that you'll need a 150mm IF macro to get the same working distance as you get with a 90mm macro that stays a 90mm macro throughout its focus range. If you use a 90mm IF lens, your working distance is that of a 60mm unit focus lens, so the lens element may sit right at the front of the lens, but the lens barrel is still going to be in the way of the light.

Not the answer you're looking for? Browse other questions tagged lens-design macro-lenses or ask your own question.

20
What is the benefit of an internal focus lens?
14
How does a macro lens focus so close?

4
Do teleconverters work with Macro lenses?
4
Extend working distance on macro lenses?
0
Are there macro lenses for the Nikon 1 system?
5
Variable focal length for macro lenses?
3
Can I photograph flowers with macro lenses shorter than 70mm?
9
Why there are so few lenses with small minimum focus distance?
8
What are groups and elements in lenses?
1
Do modern IF Macro lenses have true constant apertures?
10
Why do prime lenses have multiple lens elements?
10
How can I know if two lenses have interchangeable elements?