I recently shot some family pictures for a friend's family event (thank god I didn't get paid for this job). The location was problematic with the light - very strong late afternoon light and I don't have a good setup with flash to fill in the shadows.

My main frustration looking at my photos was the focus, which seemed very off. I have had very good luck with the sharpness using this lens, but the vast majority of the pictures this time were really off, except for one.

By far the best picture was 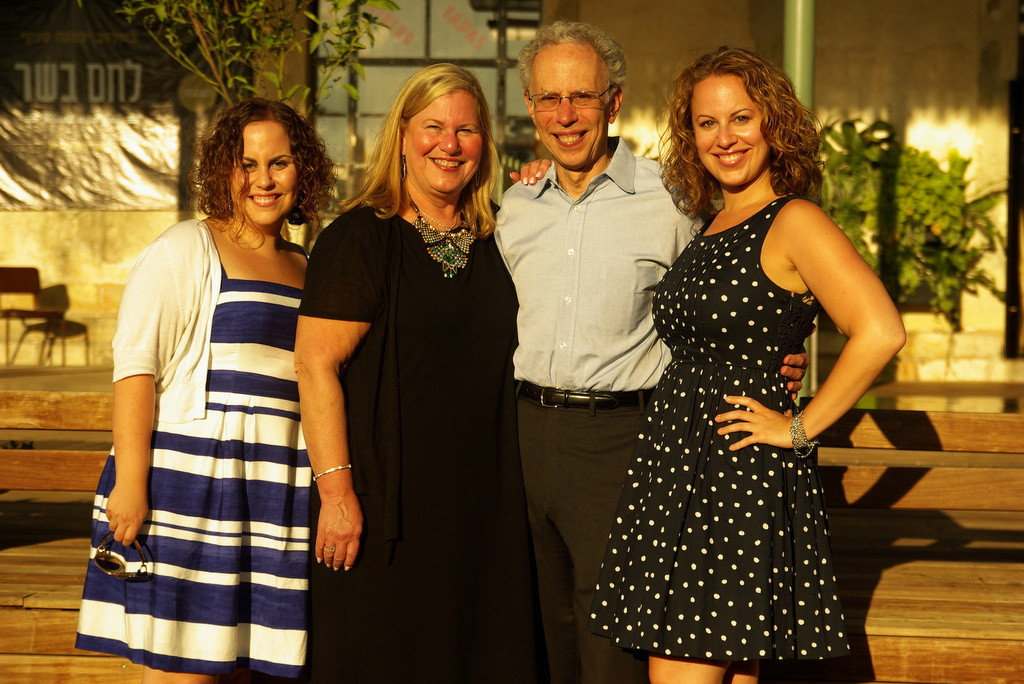 A picture from 12 seconds earlier is: (same settings exactly): 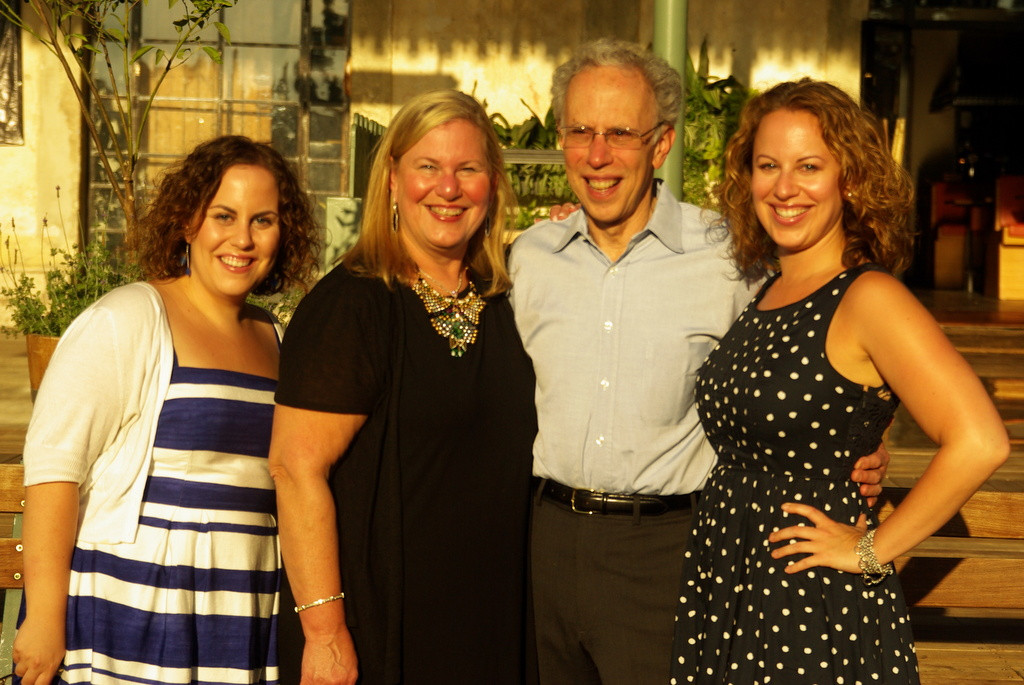 In both cases, I focussed on the mothers face and then repositioned. 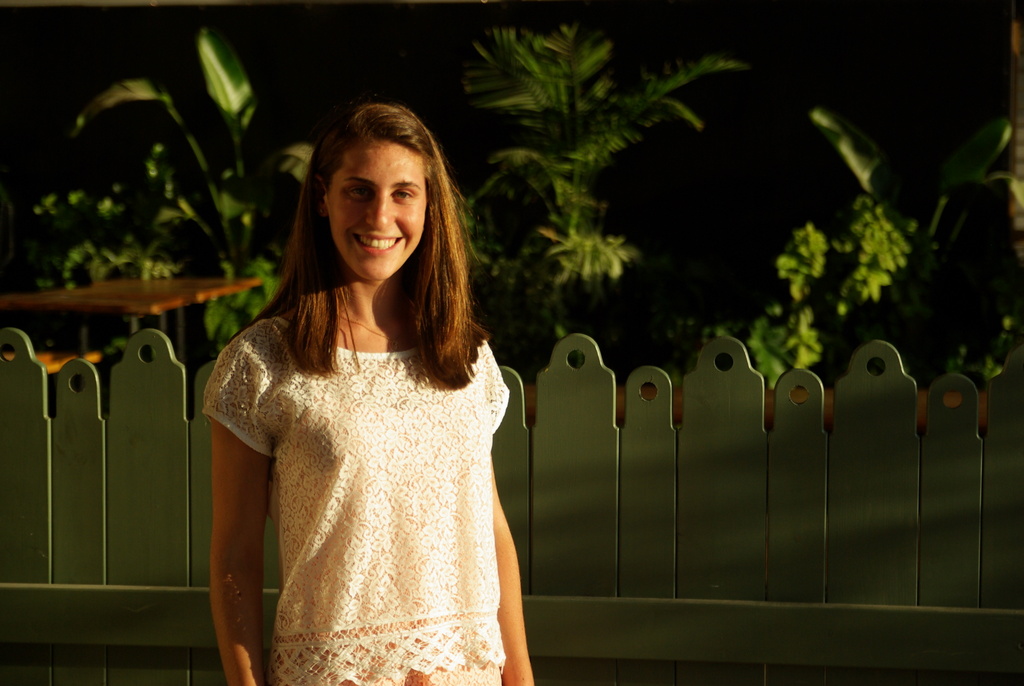 Where the fence is nicely focussed, but there is no way I remotely focussed on that.

Again, just to prove that I can take good pictures using these F stops and lighting conditions: 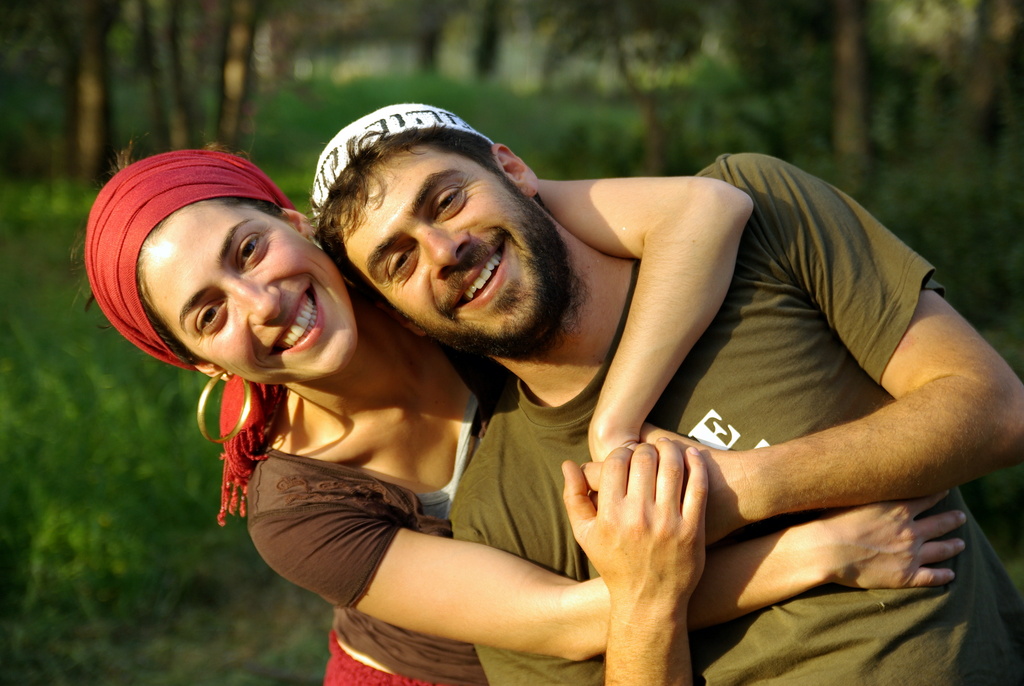 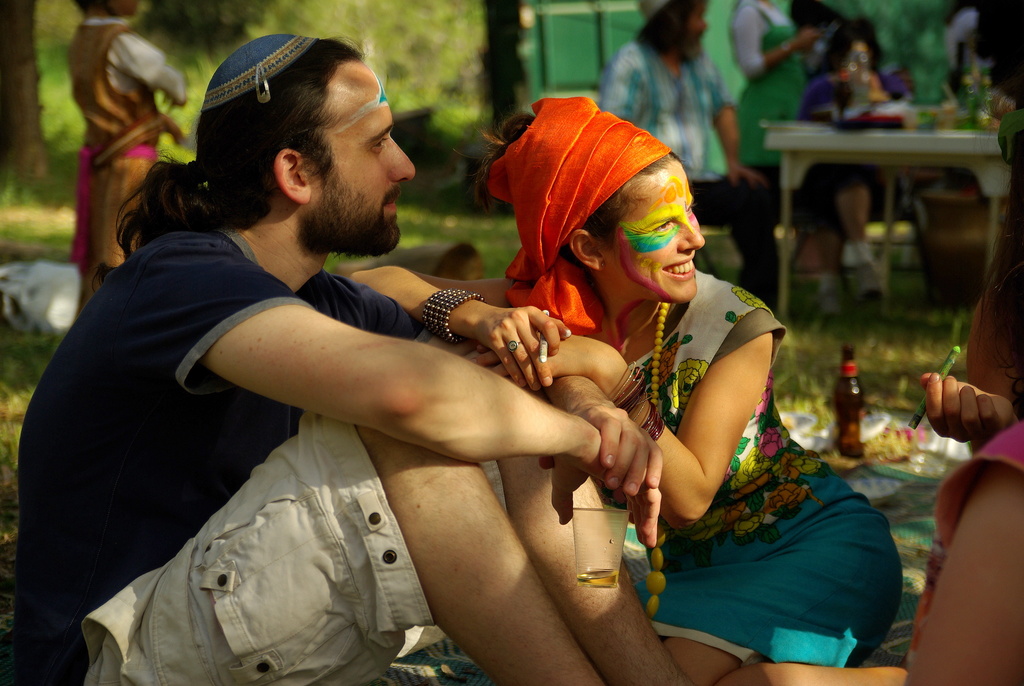 In all these example low lighting isn't an issue. I was also using a very high speed, so shake shouldn't be an issue.

Any help is welcome.

In the second image there's a metal-bar-looking-thingy right between the mother's and father's head that is very much in focus (at least it looks like that on the web-sized image) - so I would guess the AF focused on that bar and not the mother's face.

The area covered by the AF sensor is substantially larger than the rectangle you see in the viewfinder so it's highly possible that the AF system focused on that nice contrasty horizontal line when you aimed it at the camera-right eye of the mother.

I'm not sure why the fence in the 3rd image is so nicely focused but it's way too in-focus to be an AF error, it looks like the AF successfully focused on the fence, in an AF error usually nothing is in focus.

Also, I just want to mention that - while I don't think this is the situation in those images - the "focus & recompose" technique can cause focus problems on wide apertures because when you recompose after locking focus you are changing the distance between camera and subject, if you have shallow DOF and you focus on something at the side of the frame this change can throw the subject out of focus.

1/3000 Such bright light is crazy fast! What is your ISO here? General rule of thumb suggests you want the slowest ISO possible for the conditions (to avoid noise). Another rule of thumb (for handheld photos), if your shutter speed is faster than your focal length you should be fine (ie., 24mm and 1/30 sec or 200mm at 1/200 should produce shard imagery). No need for 1/3000.

You may have an issue with your lens.

You may have an issue with a filter.

Your diopter may have gotten bumped and is affecting what you're seeing through the lens.

More likely though, the bright light was affecting your ability to see clearly and you just didn't focus correctly.

Also, f4 is pretty shallow for group portraits beyond 2 people. Looking at your image comparisons too, you're not getting that creamy f/4 glow to your background in the problem images so it makes me wonder about the lens again.

Not necessarily the cause, but I have the same lens (on Nikon mount) and it has been reported to suffer from relatively bad autofocus and sometimes front-focus issues.

I saw it happen sometimes with 50 mm focal length, wide aperture (f/4 may still be considered wide in this respect) and close subjects. Your pictures are not actually close-ups, so I would be more inclined to blame the AF.

Not the answer you're looking for? Browse other questions tagged autofocus pentax sigma or ask your own question.

5
Why am I getting poor AF results with my Pentax K10D?
3
How to improve the PowerShot G12 shooting speed?
3
All my photos were blurry
2
Why is my ISO so high in auto mode?
1
Using one focus point in autofocus mode - interval timer shooting - NIkon d7000
2
Maintain the focus during continuous mode
1
Can't get my pictures sharp (Rebel Ti2 + tripod + Sigma 10-20 f/3.5 EX DC)
0
Sigma DC 18-250mm Macro HSM Lens Autofocus not locking to let me click the picture
0
Why is my Nikon D5500 unable to lock focus while using Live View but works fine when using the ViewFinder?
0
K10D poor focus - manual or auto - with full-frame zoom lens