How can I link two layer masks together in Photoshop?

I'm trying to apply two adjustment layers to a parts of a photo in Adobe Photoshop.

The adjustment layers are masked to the same section of the photo; so I have to copy the contents of one layer mask to the other layer mask every time I edit it.

Is there a way I can link the two masks together so that when I edit one of them, the other changes with it?

Yes, that's pretty easy. Let's assume your image in in the background layer. You need only one layer mask actually, and that layer mask will be in layer A, on top of the background layer. Put your other layer B on top of A. Now press the Alt key and move your cursor right in between the two layers in the layers panel. The cursor should change to some kind of intersection symbol. Click. The top layer will be indented to the right, with a down arrow pointing at the bottom layer, indicating that the effect of layer B is now going through the mask of layer A.

1) You can see my photo in the background layer, and I added a layer A as an Exposure layer effect, with a simple circle as the layer mask. The exposure effect only applies inside the layer mask as expected. 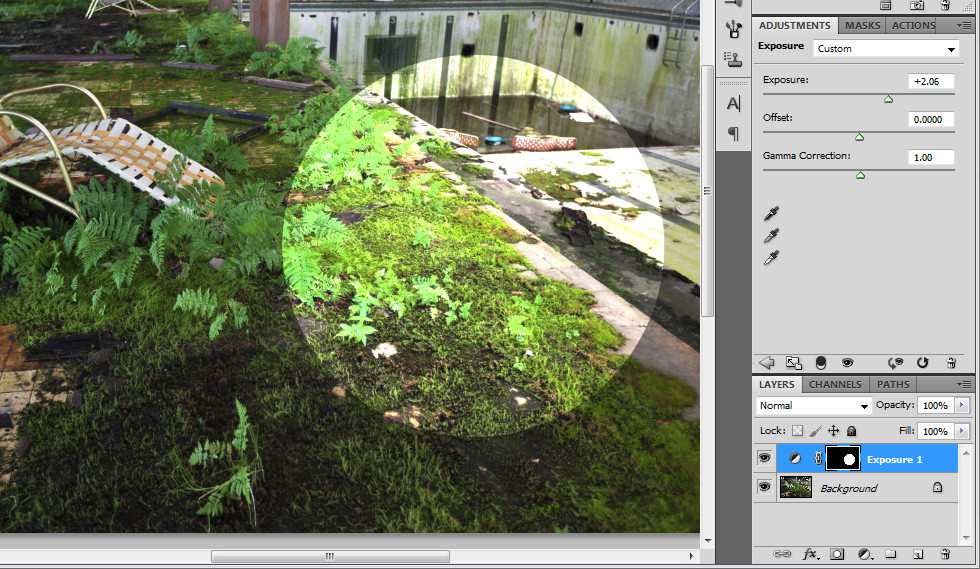 2) My layer B is a Black & White layer effect, on top of A. Right now, by sitting on top A it actually applies to the whole image. Not what you want. 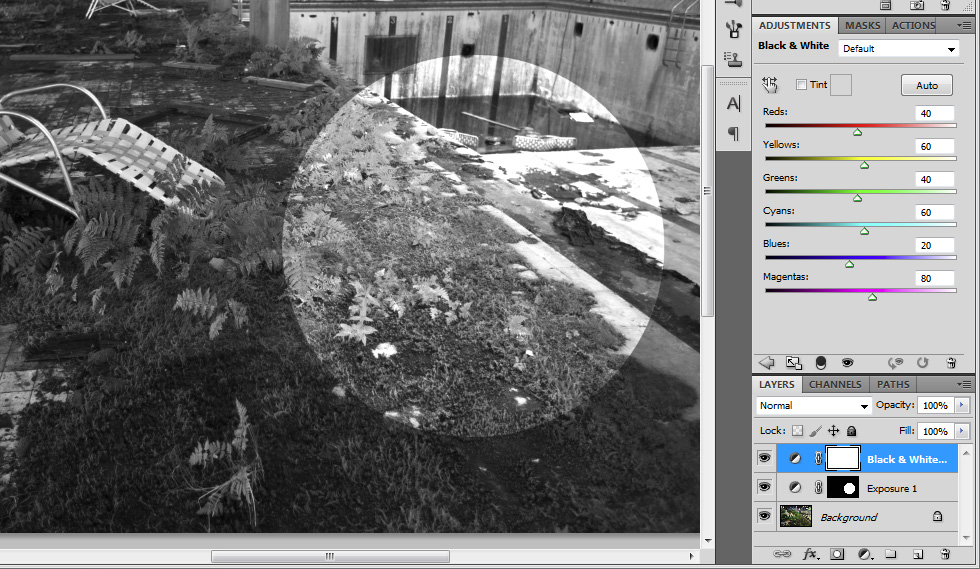 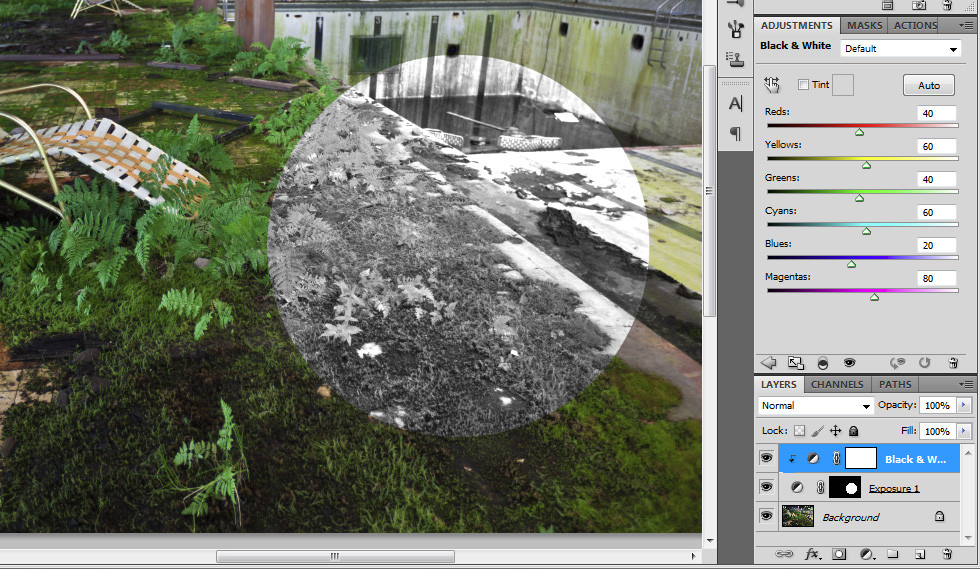 You might also try grouping the layers together and applying your mask to the group. This way you can drop as many adjustments as you like and only the masked area will be affected. Select all layers you wish to group and use Cmd-G or click the folder icon in the layers palette. Good luck.

Not the answer you're looking for? Browse other questions tagged photoshop photo-editing layers masks or ask your own question.

4
Can I apply a Photoshop smart filter to multiple layers, for a better sharpening workflow?
2
How do I link selections on two different layer masks in Photoshop?
8
How to create the equivalent of an Adjustment Layer in an editor that does not support it?
7
Preserve manually selected detail when stiching panorama in Photoshop
6
What is the difference in making adjustments to a RAW file in Adobe CameraRaw and Adobe Photoshop
9
Darktable - How to do localized editing with masks?
1
How to Apply Luminance Adjustment Selectively in Lightroom or Photoshop
0
Do I lose information every time I add an adjustment layer to an 8bit image in Photoshop?