I recently bought a Pentax K-50 in a set with two lenses (18-55 & 50-200) as well as a 50mm fixed focal length lens. The camera is great but I am extremly disappointed in the lenses. Two out of the three lenses show significant chromatic abberations in the extreme aperture settings. See the picture below for a 1:1 crop of some pictures taken with the 50mm f/1.8 lens with a tripod, iso 100, without shake reduction or any CA correction.

Do I have to live with this kind of abberation? (Which would basically mean that I will only take pictures with f/3.2 or larger...) Are the lenses broken? Several reviews call the abberation "negligible" (as it should be with a 50mm fixed focal length, eg. http://www.photoreview.com.au/reviews/lenses/aps-c/smc-pentax-da-50mm-f-1.8-lens) but certainly they would not call this negligible? 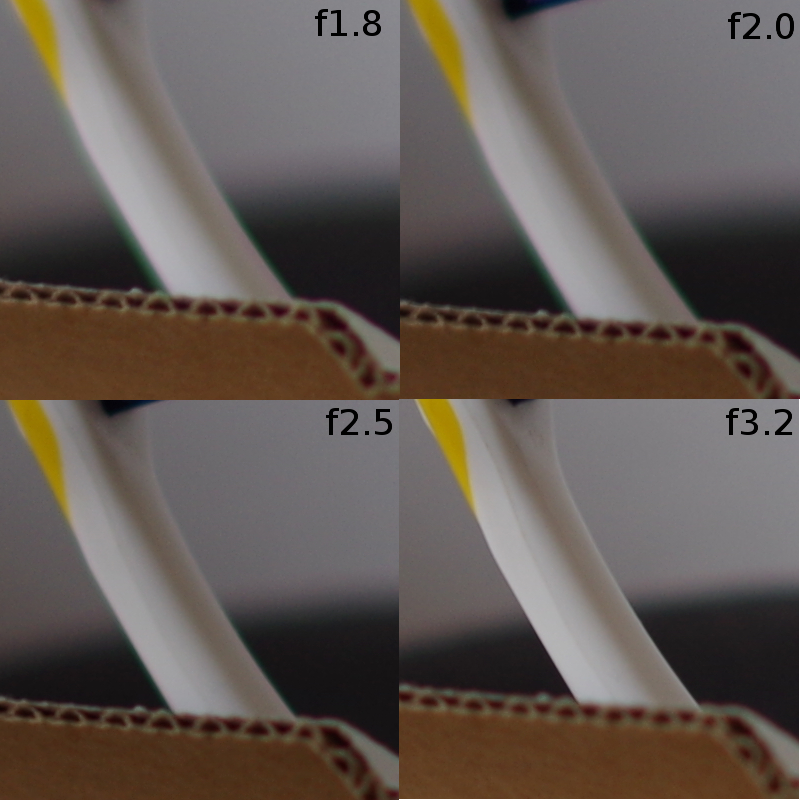 EDIT: Note, that this toothbrush was in the center of the picture and that several tests photoreview.com, ephotozine.com estimate the abberation to be clearly below 1 pixel while my picture shows more than 17 pixels of abberation with f/1.8. So what is going on here?

EDIT2: As the answers correctly noticed, the toothbrush was not in the center of focus. Apparently this lens has a distinct tendency towards green for objects that are behind the plane of focus and towards red for object before it. 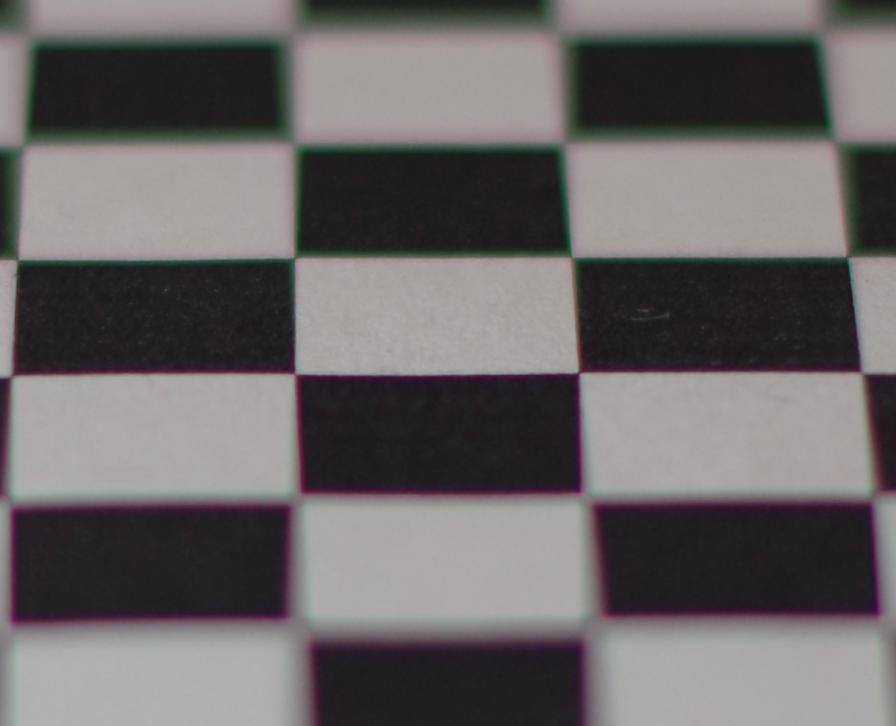 I am still kind of disappointed in the lens - and especially that no review mentioned this. I am pretty sure my old Minolta lenses did not have this effect. At least I now (somewhat) understand where it comes from.

I think what you see is pretty much normal. I'd recommend shooting the lens more, try stopping down 1/2 stop, making actual prints, trying different conditions and shooting distances. The lens may have other features that are great and may be well worth this little annoyance.

Both types of chromatic aberration will be zero in the centre of the image at the plane of focus. In this case the image is slightly misfocused, which is common with phase detect autofocus and fast lenses.

It's very common in fast lenses, you have to spend a lot of money to get better performance. Your lens will improve with accurate focusing however.

What you're experiencing is called spherochromatism.

As described in this LensRentals blog post, spherochromatism is basically spherical aberration that varies with the light wavelength. This results in chromatic aberration that gets worse the farther away you get from the plane of focus.

I wouldn't worry about it. This is normal for an inexpensive fast prime.

Chromatic aberration of this kind is not uncommon in consumer lenses when shooting wide open, and it appears this lens is no exception. You will need to be looking at paying at least five times as much for a lens that doesn't exhibit it to the same degree. No wide aperture lens is at its best wide open in any case.

Fortunately, chromatic aberration is very easily corrected in post-processing, so it is not a major problem, especially if you shoot RAW (and you should).

As a rule, 50/1.8s (or pretty much any 50, for that matter) are very good lenses. Price isn't too good an indicator of quality for 50s- a company's f/1.8 design can be optically better than its f/1.4. Your 50mm is almost certainly better than your zoom lenses. Testing a lens wide open and at a close distance is going to show it at its worst.Have you tested all three at the same aperture and distance?

I agree with @ElendilTheTall, what you are seeing is not at all uncommon in this price bracket. Just to extend on what has been said - with regards to the PhotoReview test you mentioned: if I read the EXIF data included with the tests these were measured at f/5.0. In which case I would say they agree with your images. I don't think the lens is faulty.

Not the answer you're looking for? Browse other questions tagged lens pentax artifacts chromatic-aberration or ask your own question.