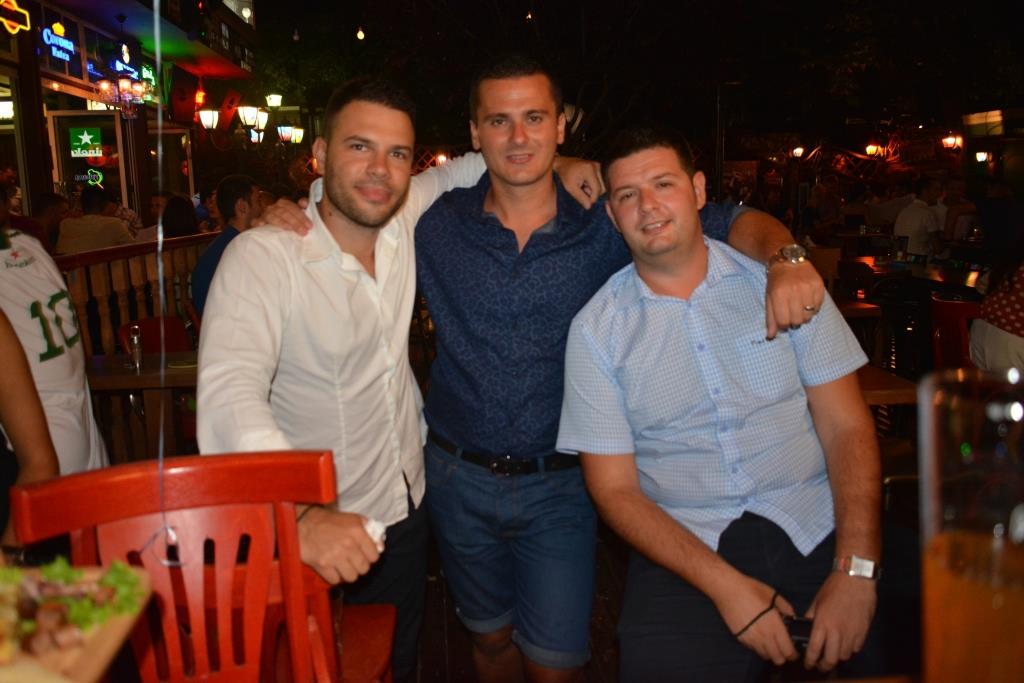 This photo is severely back focused. Areas about 15-20 feet behind the main subjects are in focus.

Some things to keep in mind:

The picture was taken in low light conditions and then the following issues will start to conspire against the sharpness of the picture:

Using a higher ISO allows you to reduce the exposure time, shoot at a larger zoom and/or choose a smaller aperture. But this may come at the price of more noise and noise suppression comes at the expense of resolution.

I suspect what you're seeing here is that the depth of field when using a large sensor camera like the D5200 is much smaller than that from something like a smartphone or a typical compact camera, especially when you're using a relatively fast lens like your Sigma. It's a little hard to tell on the image you've posted, but it looks to me like the gentleman in the dark blue shirt is reasonably sharp, but the other people are a bit out of focus, which does sound like it's a depth of field issue.

If your issue is more than everybody in the picture is out of focus, then it's probably a case of having focused on (slightly) the wrong point. The other thing to remember if you're looking at your photo at full zoom ("100% crop") on your PC is that that's equivalent to a print around 1 metre wide - unless you're actually going to be printing at that size, don't worry too much if it's perfectly sharp at that zoom level or not.

Not the answer you're looking for? Browse other questions tagged nikon autofocus sigma blur or ask your own question.

69
What exactly determines depth of field?
31
Why are my photos not crisp?
6
What would be a good digital alternative to a Canon AE-1 from 1977?
1
Why do images look sharp on my camera's LCD, but not tack sharp on my laptop?