Why is there a vertical bar of brighter exposure when photographing lightning?

I recently took pictures of a lightning storm using my camera phone (Samsung Galaxy S3). In several of the shots where I managed to capture lightning, a lighter (brighter?) vertical section sometimes appeared, as in the picture below; 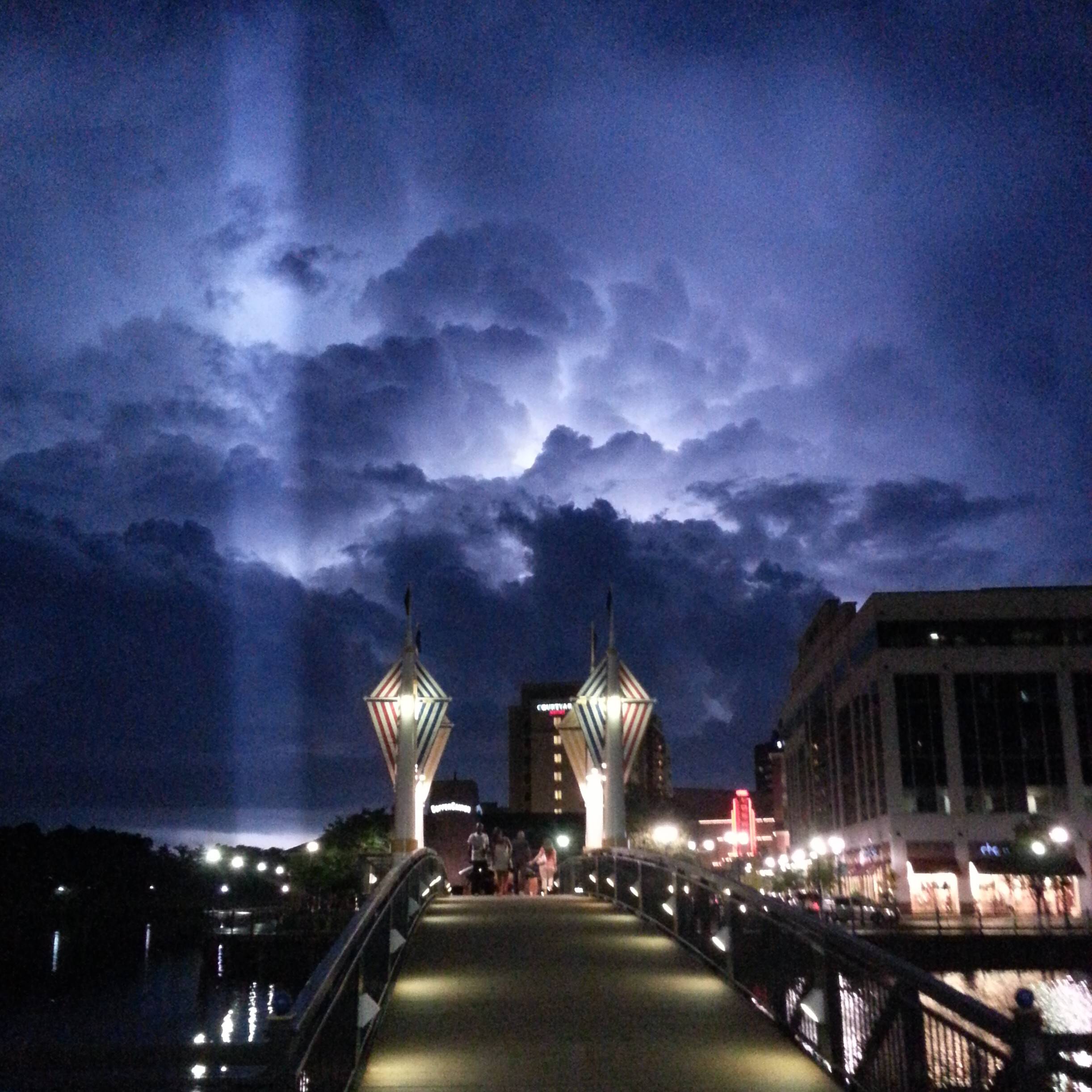 I took some photos using my wifes camera phone (iphone 5) and was able to reproduce similar results. The location of the brighter line was not consistent, and only happened when actual lightning was captured.

What is this called, how can I avoid it, and how can I (as an amateur non Photoshop/gimp user) correct it so that the photo is uniform, now that its done?

This is caused by the lightning illuminating the sky very briefly as the photograph is captured. The image on digital cameras is not recorded on the whole sensor at the same time, but instead it scans across the sensor, usually (as in this case) parallel to the shorter edge. It is particularly pronounced on camera phones as the scanning speed is slower than in higher end cameras. You can get unusual effects by taking advantage of this process, for example photographing a spinning propeller on an aeroplane results in striping such as this

I'm not sure the effect has a name as such, but is something you will experience whenever lighting conditions change rapidly during the exposure. It can also sometimes be seen when photographing under fluorescent lighting, which alternates between two slightly different hues about 50 times a second.

Not the answer you're looking for? Browse other questions tagged artifacts cameraphones lightning rolling-shutter or ask your own question.

82
Do fluorescent lighting and shutter speed create a problem with color cast?

3
Why is there a subtle shadow glow around the subject with large aperture?
8
Why do I get horizontal grey bar with flash at shutter speeds slower than max sync speed?
1
Why are there white outlines around the subject in this photo when zoomed in?
2
Why are there two thin vertical lines through all of my photos?
2
Why do I get white images with black vertical stripes?
0
Why are there small dots on bokeh circles when I zoom in all the way?
7
What could cause this visible artifact which seems to a be a glowing inverse of something outside of the frame overlayed on this photograph?
5
Why are there black dots on all photos taken with Sony phone?