Why does feathering the light gives softer light? 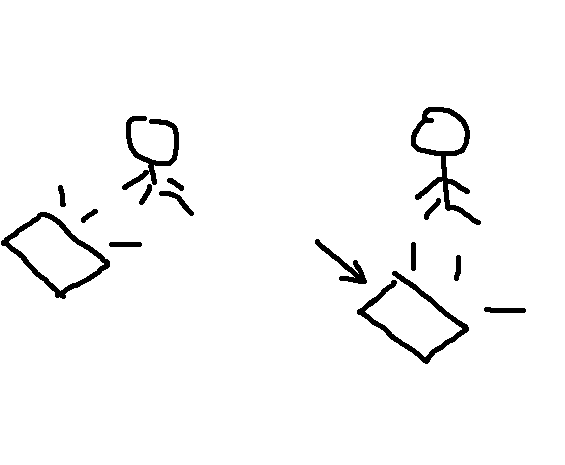 Feathering light means you use that area of tonal transition from the highlights to the shadows created by the edge of the light modifier.

The technique is most easy to achieve with softboxes and beauty dishes because there’s a sharply defined edge to the modifier itself. That’s also why feathering light with most lighting brollies is less effective because they give a wide, less directional spread of light and the area of tonal transition is more gradual.

Not sure the graphic is helping here, but the essential idea behind feathering is that you use the edge of the light source rather than the center of it to illuminate your subject with the essential premise that the light at the edges of the source are softer and more diffuse.

The effectiveness of that is dependant on the actual light source being used. The large studio lights, with larger reflectors, are more effective at this as the light scatter is bigger. Smaller strobes, such as a hot shoe flash, are less effective because the beam is more concentrated and not as scattered from a reflector. Both can be improved in effectiveness using light modifiers such as a softbox or an umbrella.

Now, the "softness" aspect probably has more to do with the shadow. Feathered lighting will often leave less of a shadow than more direct light, thus "softening" the transitions from lighter to darker regions. The basic idea is that your light on the subject is now quite diffuse, because the more concentrated center is away from the subject, and so doesn't provide sufficient direct illumination to create a harsh shadow line like a point light would.

"Feathering" is sort of a short-hand term in this usage.

What you are doing with the light is often similar to feathering. That is, you are moving the light in relation to the subject so that the subject is lit by the indistinct edge of the lighting pattern. That's something that's "more real" when using hard lights, and it's mostly about controlling the apparent fall-off of the light at the subject position.

You can keep moving the light so that you are actually feathering it, which will throw less light on the closer part of the subject and more on the farther part, but that's an "effects" look you don't often want.

Not the answer you're looking for? Browse other questions tagged lighting light lighting-modifiers features softness or ask your own question.