How do I take a photo like this (very bright)?

I've always wondered how these pictures are taken. They have a very "bright" feel to them. And it feels that they are "bathed" in golden sun light.

I understand that I have to take this during the golden hour. But even then, I don't get the same results. Is there a specific technique? Should I try to overexpose things?

Do I need to point it to the sun at a certain direction? 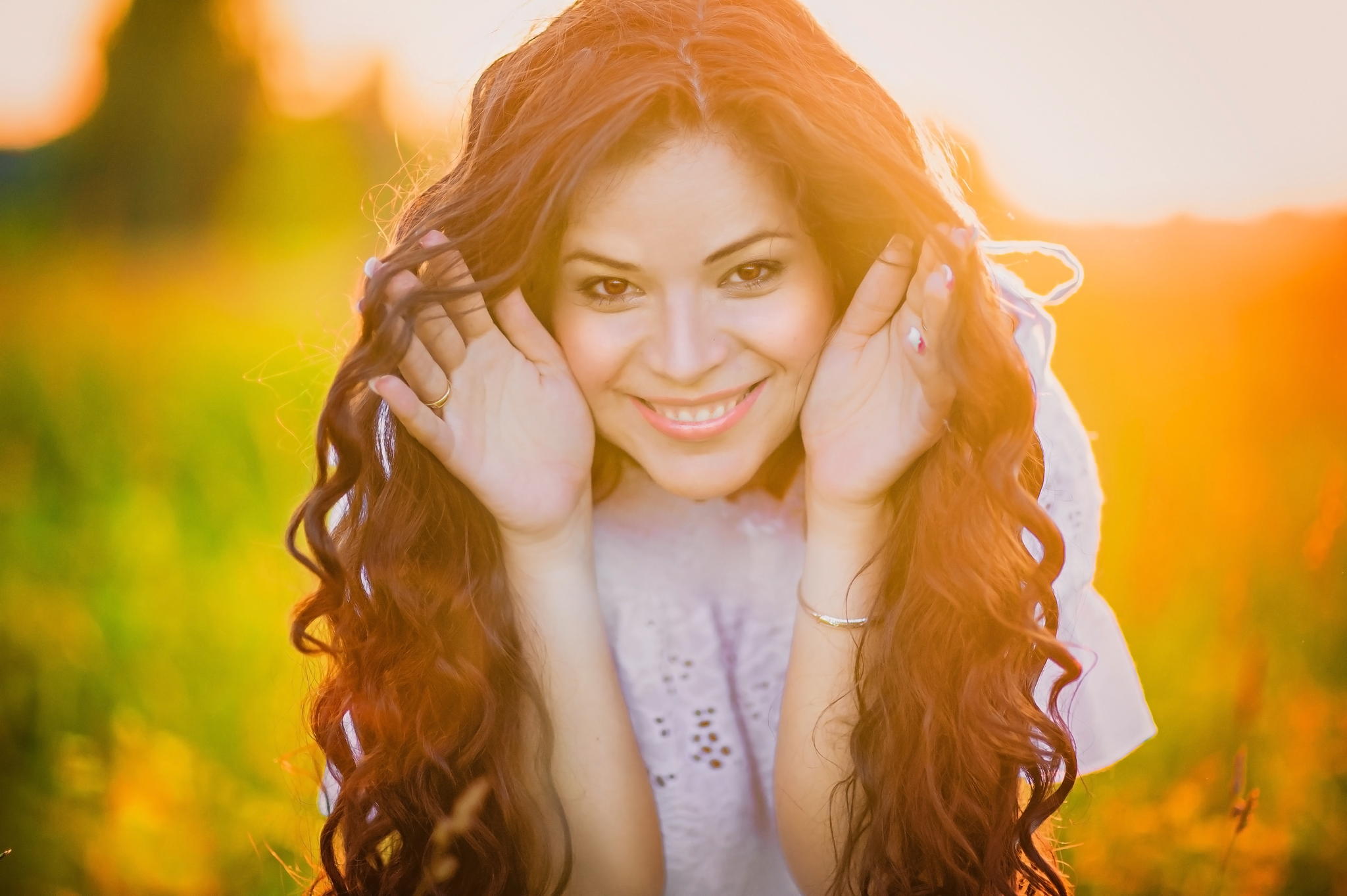 You need to shoot at either sunrise or set (sunset is generally warmer in tone), when the sun is very low in the sky. Shoot with the sun behind the model (taking care not to look directly at it if possible). As you are shooting into the sun, you need some light source to light the front of your model: this could either be a diffused flash or a reflector.

As you will be exposing for the model, who is obviously not as bright as the sun, the sky and sun will be overexposed, creating the characteristic bright look.

There's a bit of post production going on in that image that is probably clouding things somewhat.

If you look at the area at the top of the image it's clearly been blown out (overexposed) and then brought back from pure white to a dirty grey pink colour. This says to me two things - the contrast of the image has been lowered so that the blacks and whites become dark and light grey, and secondly that a red tint has been applied to the image that has made the highlights go pink.

In general you want to be shooting when the sun is low in the sky and to try an invoke flare by having the sun just out of frame.

But in a pinch you can reduce contrast and tint the image to look like flare, as was done in this case.

Not the answer you're looking for? Browse other questions tagged lighting exposure portrait brightness golden-hour or ask your own question.

6
How do I create this soft bright look?
3
How is the warm soft quality of photos like this created without impeding the sharpness?

43
How does one create the Dave Hill effect for portraits/action shots?
3
How do I achieve this very bright and clear portrait look?
18
How to photograph sparkly objects?
0
How to calculate light output from strobe lights?
4
Why are mid-day images dull?
1
What to look out for when shooting in direct sunlight, causing hard shadows and shiny patches on water?
9
Why is the earth not overexposed in this star photo from the ISS?