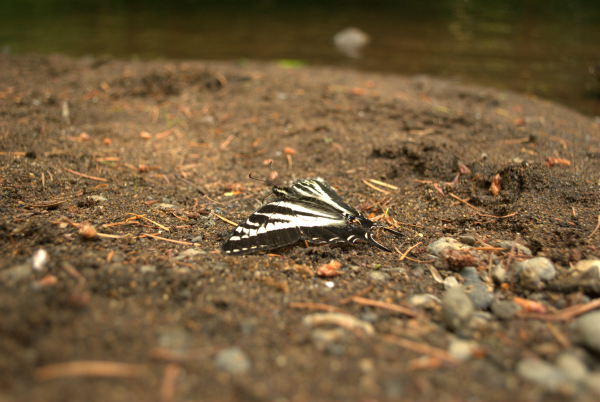 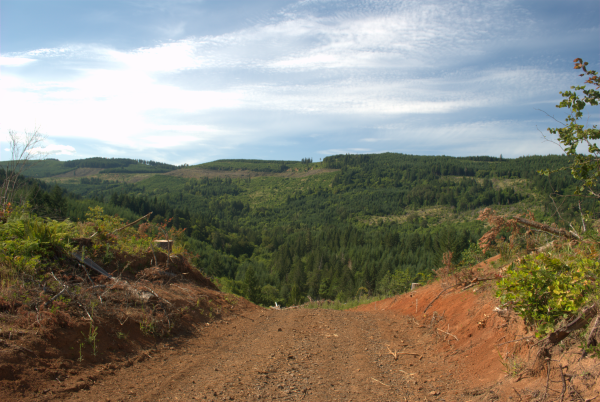 Both pictures are in NEF format here.

The pictures have not been modified in any way except except for being resized and converted to PNG.

Just for kicks (and to prove I'm not crazy) I sharpened the butterfly image via "unsharp mask." It's not a pretty result but I just wanted to demonstrate "sharp" vs. "blurred." 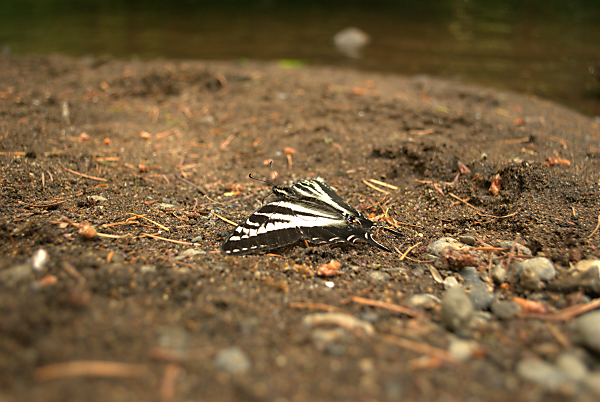 Kind of annoying because I've ruined many epic shots with this odd focus problem.

My original Film SLR was a Minolta Dynax 505si Super 35mm (or in the same family, I think) and it performed marvellously. I used it for about 4 or 5 years all throughout high school and then (as an avid film photographer) begrudgingly made the switch over to digital in college. But the Minolta definitely gave me experience in photography and people genuinely enjoyed my photographs.

Early on, I don't know if I was just enamoured with the idea of vibrant digital images from an SLR or if I just didn't notice enough, but I don't remember a whole lot of images that came out blurry in the beginning. Maybe 60% of them (a liberal estimate). I accidentally deleted about a year's worth of early pictures so I'm unable to tell now.

The preview in the viewfinder doesn't appear to be blurry at all; then again, there's a huge different between the 3" preview screen and my 20" computer monitor.

Oddly enough I've looked up reviews for my camera and both lenses and couldn't find many (if any) reviews stating blurry pictures for every picture.

Sorry for the long post and various photo examples. Thanks in advance!

I see no problem in either of these images. They both appear correct. Lenses are not 100% sharp to begin with and on cheaper lenses it is not atypical for the resolution of the camera to outpace the resolution of the lens, particularly on entry level and kit lenses like the two you are using.

This is even further compounded by using high aperture on a crop body camera. The smaller point you try to focus light on, the more of an issue diffraction becomes when shining the light through a small hole. The smaller the hole, the more impact diffraction has and this reduces what level of quality is possible to capture. Try shooting at or above f/8 or so and diffraction limiting shouldn't be a problem. You might be able to go a bit higher than that based on your resolution, but I didn't do the calculations to figure out exactly when it is a problem. (There are calculators online if you want to check exactly when it should theoretically start being an issue.)

The first one certainly has a shallow depth of field, but it appears as sharp as expected for your choice of aperture and lens. Your unsharp masked version seems over-sharpened. It over-exaggerates the edges and makes things "jump out" more, but is unnaturally so.

After messing around with the settings and my photo editing software I found ways to mitigate the situation:

I've also been learning (and it's mentioned in the previous answers, too) that pictures on my phone turn out so much better because my phone's software takes care of the majority of processing before saving as PNG. When my camera shots RAW, it's up to the photographer to post-process the image.

So, essentially this poor quality is a combination of a cheap camera and the fact that the camera processes PNGs but not RAWs.

Not the answer you're looking for? Browse other questions tagged nikon focus sharpness blur or ask your own question.

6
How can I get sharp images using optical zoom function on a point-and-shoot?
2
Why is my Rebel XTi taking blurry photos?
4
Why do I get blurry pictures at far distances, but sharp results up close?
0
Focus issue - possible cause?
43
Can you tell from a blurry photo if focus was too close or too far?
0
How to make pictures lots of kids so everyone's face isn't blurry?
3
Why are my recent film photo’s coming back grainy/blurry?
1
Blurry football pictures under stadium lights with my Nikon D5500, lens 70 mm-200mm