How to avoid a halo around the edges?

I am just post-processing some pictures I took last spring. On lots of them, I notice a halo around the edges of objects which are slightly outside the focused depth.

I shot without a tripod, with the Nikon 18-200 lens, but had stabilisation turned on. Maybe the problem is that the camera trembled in my hands while shooting, but the focused objects look sharp enough to me.

I don't think these can be removed in post processing, but if yes, I would like to hear how to do it. If not, I would like advice on how to avoid it next time I am shooting. 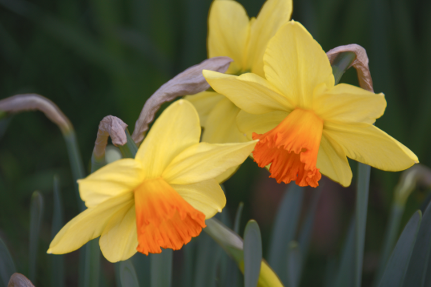 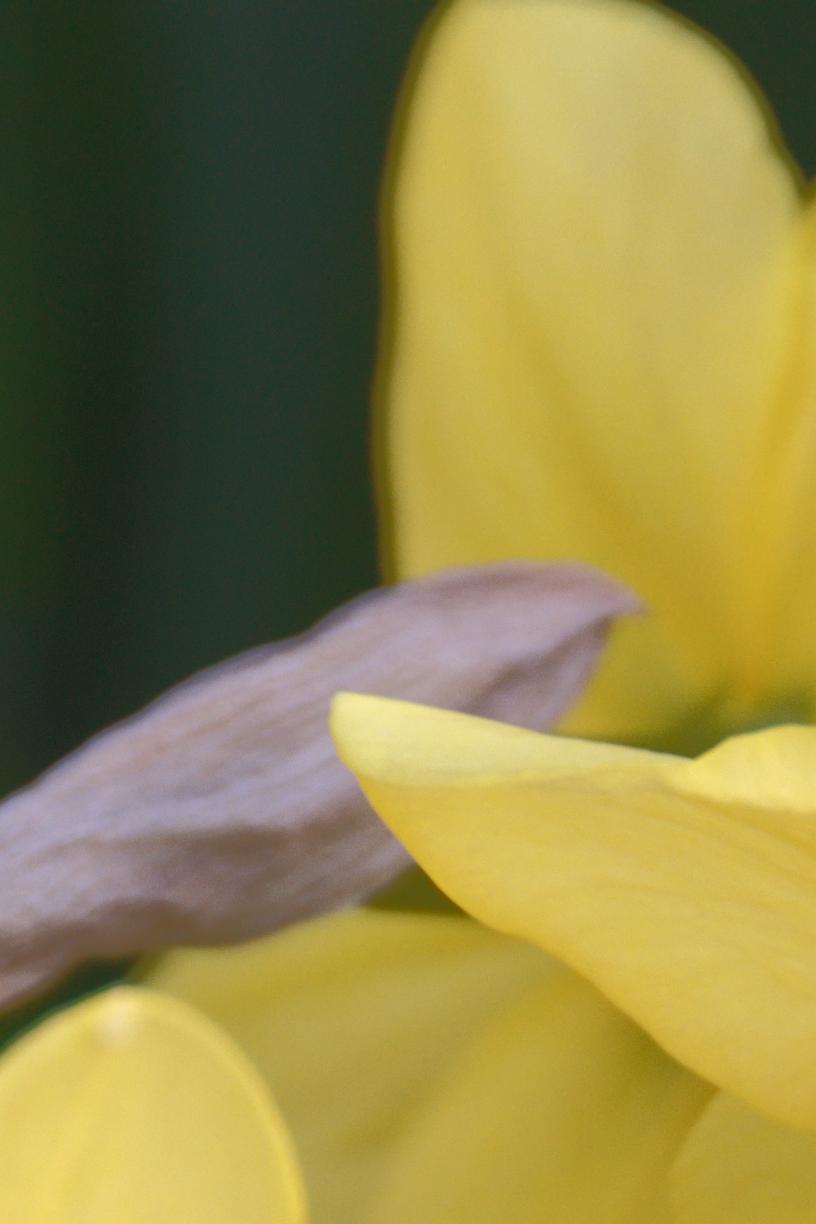 The image has been through some heavy color post processing in raw, but no editing outside of that (especially no sharpening, which Google suggests as a common cause of edge halos).

Edit: to make it clear, because most answers seem to assume that I don't like the fact that the background is unfocused because it is outside of the DOF. I am aware that the petal which is outside of the focused depth will always be blurred. But I was expecting a more gradual blur, not this "second" edge. An example where there is blur but no halo: 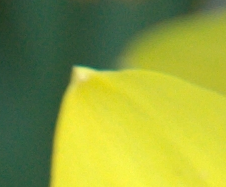 This is from another photo taken in the same session. Again, there is a petal which is in focus and has no blur or halo, and a petal behind it. The second petal is outside of focus, so it is blurred as expected, but does not have this funny effect as in the first picture.

It's called spherical aberration. As mattdm says, more complex lenses (especially superzooms) need more compromises than e.g. simple compound primes so they often show more defects. If you want 'better' bokeh you'll have to use a different lens. Personally I don't mind that effect much but the point is that it's intrinsic to your lens.

In the example here, I think you're actually at the limits of the depth of field, and the rear petals are actually out of focus -- I say this as the foreground petals don't exhibit the same effect, and the focus seems to be on the trumpet of the daffodil.

A narrow aperture when shooting will increase the depth of field, and increase the area that is apparently in focus -- however, this also runs the risk that the background will appear to have less blur, which I'm guessing was an effect you were trying to achieve here.

This is a super-zoom lens going all the way from wide angle to quite close. There's going to be some compromise, and having the out-of-focus areas be a bit less than ideal isn't really surprising.

Check out a Depth of Field (DOF) calculator like this one, and you'll see that with long focal lengths your DOF will be very small, even at f/11 or f/16 when you're up close.

Depending on your lens, you might find that you get a higher DOF (for the same subject magnification) if you go a little closer and reduce the focal length. This obviously depends a lot on the lens and its minimum subject distance.

For these types of shots, it's very useful to have a good idea of how much DOF you can get from your various lenses at different ranges (at least at the shortest or most commonly used ranges) from various apertures.

As others mention, this looks like simply out-of-focus rendering. It is not a bad thing per se. You can use this effect artistically. However, in macro shots the depth of field is very limited (depends on the aperture, the focal length and the distance to subject). So if you want to take a sharp image of a bigger subject, this may be difficult or impossible.

However, there is a technique which allows to take a sequence of shots with different focusing distances and then merge them together in a single image with higher DoF. This technique is called

It is a post-processing technique used to increase the depth of field using several images. There is a number of software packages capable of focus stacking. The free ones are:

enfuse with Hugin's align_image_stack. Ascetic command line tools, but they should work. Check this tutorial.

ALE, synthetic capture renderer. Can do also focus stacking, according to Wikipedia.

Stack Focuser and Extended Depth of Field plugins for ImageJ.

Wikipedia reports that Photoshop CS4 can do it too.

In my experience, its often due to over-sharpening in my photo editor. Even over-processing in general. Sometimes I can mitigate it by reducing highlights and/or whites. But generally, I just trash the photo rather than try to save it. I always take several of any shot. Some are good, some aren't. Even with perfect exposure, it's a crapshot I think.

Not the answer you're looking for? Browse other questions tagged bokeh shooting-technique error blur or ask your own question.

21
How can slightly blurred photos be improved in post processing?
21
How does background blur (bokeh) relate to sensor size?
14
How do I find a point-and-shoot camera specifically for bokeh / a very shallow depth of field?
6
Which Lensbaby Sweet 35 or Edge 80 effects are harder to reproduce post-processing?
4
How can I defocus part of an image in-camera separate from depth of field effects?
4
Synthetic bokeh: linearly intensify bokeh/blur from e.g. detected contrast or bokeh circle sizes
1
How do I blur the background around an object in post-production?
13
What algorithm can I use to simulate bokeh?
5
Are focus and resolving power optically equivalent?
1
Calculating the "35mm equivalent" circle of confusion/DoF