I have a Manfrotto/Bogen tripod model 3221 with a model 3055 head. I don't like the head. It is difficult to finely adjust the position. Can I replace this with something else? Something that has gears or some sort of fine incremental adjustor?

This is for still DLSR photography. I do like the quick-release part. 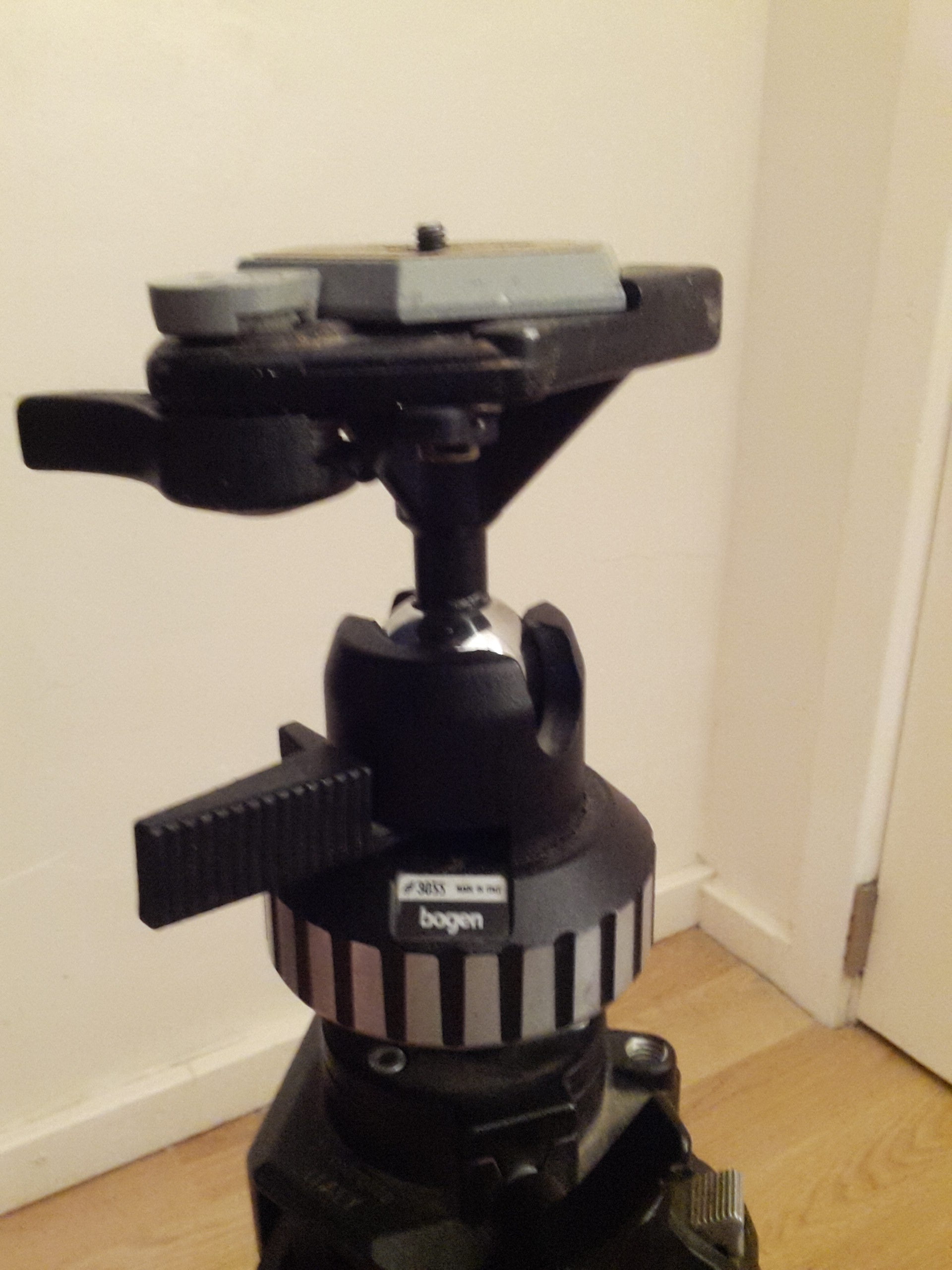 equipment-recommendation tripod-heads
share | improve this question | |
edited May 21 '14 at 4:33

Yes, Bogen/Manfrotto heads are easily replaceable. There are many combinations available.

This system is pretty well universal. You don't have to get a Bogen/Manfrotto head for your Bogen 3221 leg set. Anything with a ⅜"×16 mounting screw can be made to work.1

Can I replace this with something else? Something that has gears...

Manfrotto does have geared heads, such as the model 400: 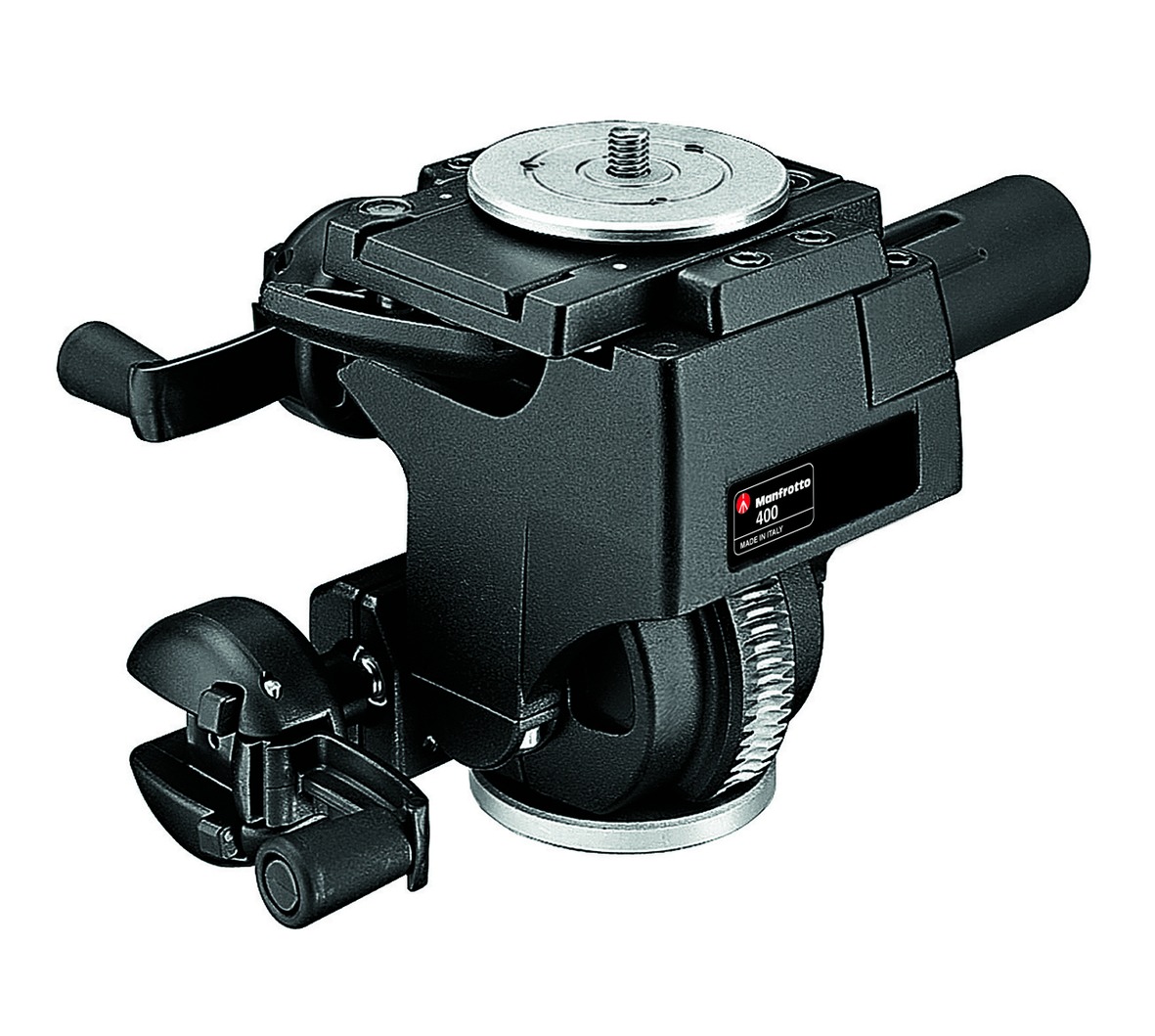 Personally, I prefer a three-way head: 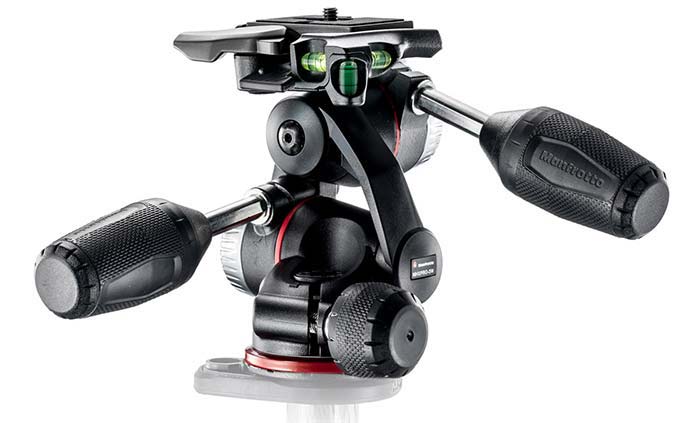 I find that it offers a nice compromise between precision and speed of adjustment.

I started on a Bogen 3030 3-way head2 about 20 years ago now, and I still like that head. I've tried a few different ball heads, and I'm with you: they're too easily adjustable for the kind of photography I like to do.

Manfrotto has several QR plate systems. The one on your current ball head is the old "RC" plate, also known as the Bogen 3157.

It's been replaced by the RC2 plate design, which has the same overall plate size, so the new plates will still work on old RC series heads. The RC2 heads have some material removed relative to the older style, and some of the newer Manfrotto heads have QR mounting areas that require that these cutouts be present, so that the old RC plates won't fit.

The geared head depicted above is yet another plate design, which I have no experience with.

Not the answer you're looking for? Browse other questions tagged equipment-recommendation tripod-heads or ask your own question.

6
What should I look for in a tripod for medium format landscape photography?
3
How can I make my heavy lens tripod setup usable for my non-heavy lenses?
2
What is the part of the tripod head which attaches to the quick-release plate called, so I can find replacements/alternatives?
0
Fotopro monopod tilt head — available in the USA?
5
A fine-tuneable tripod head for my Gitzo tripod
0
Quick release adapter with handle bar
3
Which kinds of tripod heads are suitable for panoramic photography?
3
Name of cleat-style tripod mounting head
0
Seeking for gimbal head-like vertically sliding clamp