How can I improve this picture of my friend on vacation?

I've taken a few pictures of this girl. I'm not satisfied with the result but I cannot say the reason. 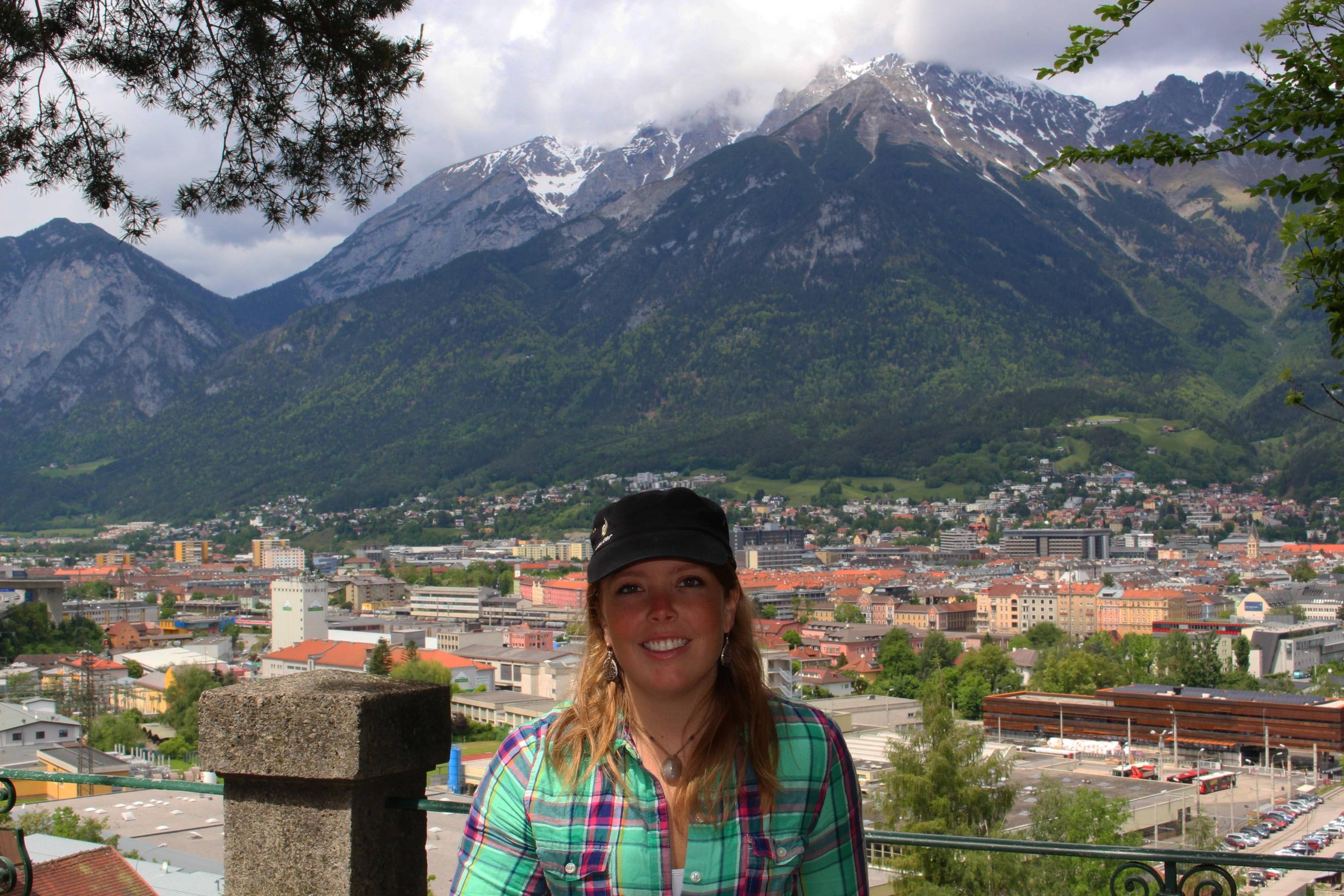 Let's say that I want to improve it. What should I do?

A strong zoom on her face may help?

I've cutted her in a wrong position? The landscape behind is not enough interesting? the column is not nice?

How could I improve the background and what should I correct of her? The tones of her face? Is she too red? Or too saturated?

portrait landscape travel
Share
Improve this question
edited May 23 '14 at 11:43

This picture, and others similar to it, aren't pictures of the woman.

These are travel snapshots, with some landmark and a woman in the same frame.

There's nothing wrong with such snapshots per se. In fact, they're pretty great: they show where you were, remind you of the good times, and they're not anything like the travel postcards you could buy, even though those might feature some of the same tourist landmarks.

But they're not really portraits. If you want portraits, make them about your subject. Watch how the light falls on her, her expression, and what she's doing. If the light and shadows aren't right, move or come back at a different time. If you can find a way to work some interesting background into the composition, cool — maybe she's interacting with it (ideally in a natural way!) instead of just standing there. But if the background and the portrait aren't working together, and you wanted a portrait... forget the background.

For the specific example you give, all of the notes you've given yourself apply — the composition is haphazard, the column is extraneous, the lighting isn't flattering to skin tones. But all of that is really incidental to the basic problem, which is the nature of the photograph as a snapshot.

If you want, instead, to have postcard or coffeetable book photographs of travel landmarks... again, you might want to reconsider. That's been done, and it's best done by people with time to study the site, wait for the right weather and lighting (or make their own). It takes a lot of experience and work. Luck might come into it too, but it's the kind of luck you make by putting in the time. And, you probably don't even want the woman in the photograph.

Or, maybe those things don't sound like what you're looking for. Maybe you just want some nice snapshots from your vacation. In that case, don't worry too much about the photographic merits. They're perfectly good snapshots, great to share with your friends on social media or to look through later. If your model — and presumably your friend or significant other! — is interested, you can spend some time and energy making these real situational portraits. (Plan on at least an hour to get a good photograph.) Or, you can buy photos of the landmark by a local professional or enthusiast, and you can take more technically advanced portraits some other time, when you're not busy enjoying your trip.

Move the girl in front of the post to get her out of the middle. Have her turn her body a little to make is more slimming. Balance the light on her face...probably have to do in post processing.

I'm a photographer so I hope my feedback will help. First thing to consider is the back drop and where the person will be placed. Once you have that worked out it's time to make sure the lighting is beautiful. Without going into to much detail, off camera flash would be something to consider.

The hat is responsible for casting some of the shadow on the face as the light source (the sun) is over head. To fix this is post open the image in photoshop and lighten just the area of the face using levels, brightness or curves. In future you could consider spot metering with your SLR if that is what was used to take this picture with?

As for the rest of the picture, well it has a lot of distractions. When a viewer looks at it the eyes are moved away from the main point of focus (the girl) to the interesting and competing background (which you could have put into soft blur using your aperture) and the trees in the top left and right of the image. Also the bollard draws the eye away.

For a good portrait, consider a non competing back drop and off camera flash.

I hope this helps alghough it may be a bit technical. Problem for me as a photographer is that I miss out on the snap shots, that are so important. My wife keeps on nagging me to take them and I reluctantly agree but as soon as I am home I totally adore them! For shots like this one don't worry about getting to involved in the photography as you will miss the moment unless you are very very experienced and know your equipment. The shot is great and will serve its purpose as a memory for years to come : )

The answers above really do sum up the technical issues, although with travel images I would keep the background in focus and simply light the person better than the landscape to make sure that is the highest contrast area in your image. That allows them to become the main focus of this image instead of the beautiful landscape behind her. Fill flash is great but a bit of a pain when traveling to set up and carry off camera flash. A reflective surface can do nicely in this situation. A piece of white paper used as a reflector just outside of the frame would bounce light onto your subjects face and allow for a better exposure.

Making good pictures is also about where you stand, so in this case change your camera angle and go for a higher position to remove the railing and clutter. Something like this: 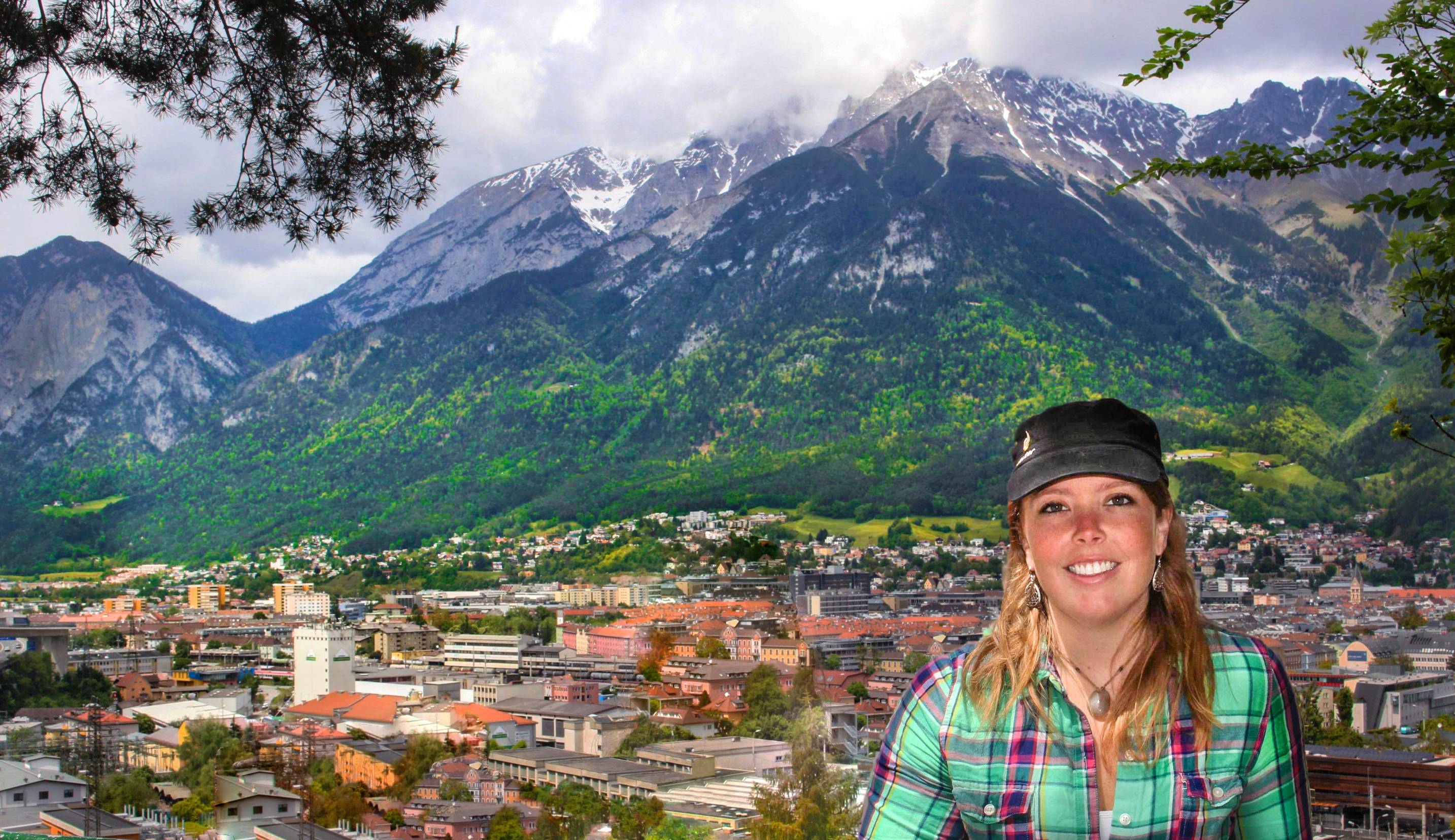 Not the answer you're looking for? Browse other questions tagged portrait landscape travel or ask your own question.

13
How to decide what's interesting enough to be photographed while traveling?
9
Is a 50mm f/1.8 or 50mm f/1.4 a good lens for portraits in low light?
6
How can I make a picture like this one of a bridge in green landscape seem less plain?
3
How can I encourage my friend to be less shy when I take her photo?
4
How can using an incident light meter improve my outdoor portraits?
0
How to create an image with star trails in the background and clear, bright foreground objects?
0
Which Canon 70-200mm is best for a wildlife trip?
6
how can I improve these portraits?
1
What can I improve in my social dance photography?