What is the metallic square piece behind the viewfinder and what does it do?

I have a Nikon D3200 and opened up the viewfinder compartment. There were two pieces, one plastic and one metallic (seems like copper). What does this metallic piece do and is it necessary for the camera to operate properly? 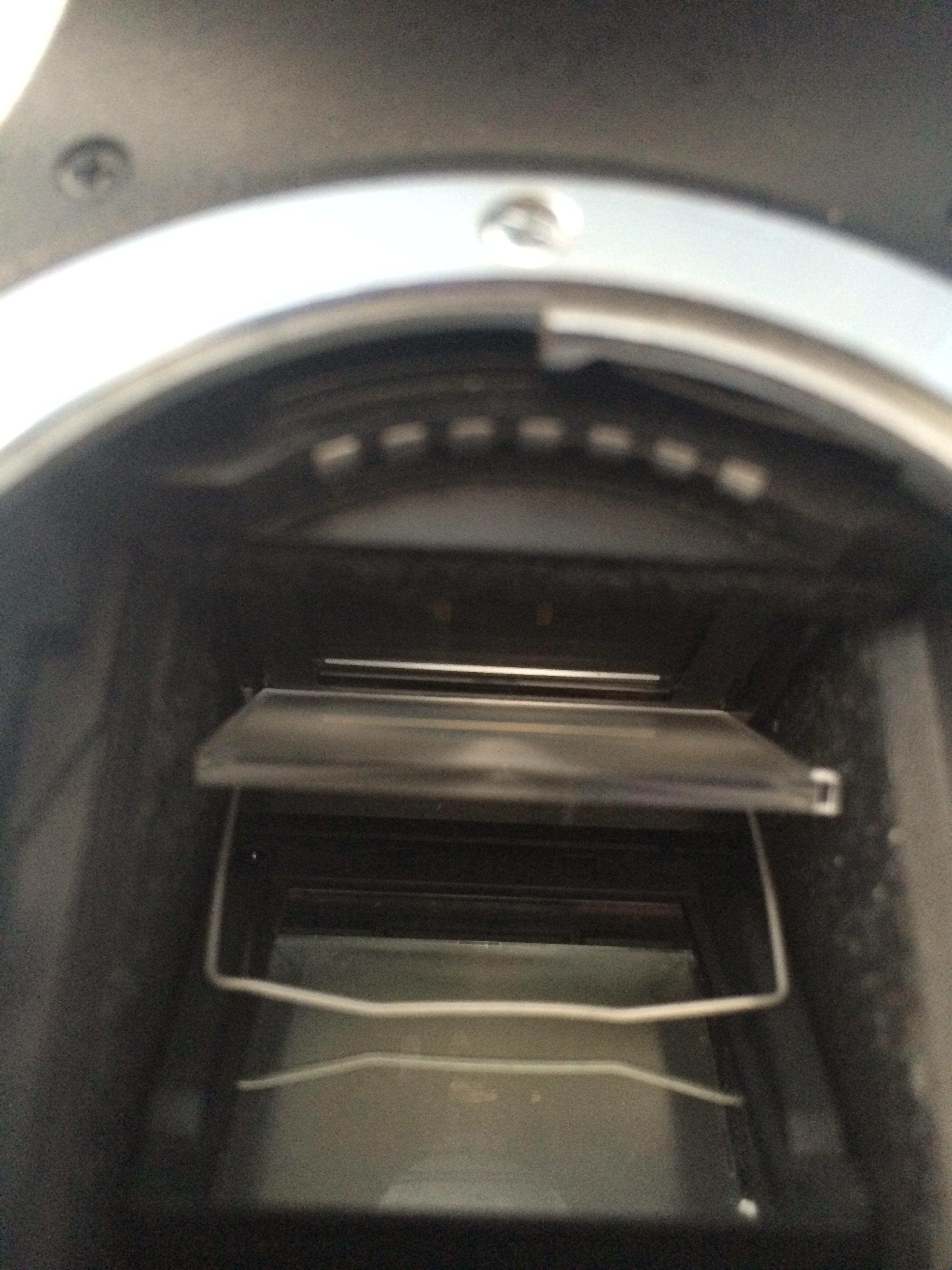 The metallic piece was originally wedged between the plastic square and the viewfinder itself.

Thanks for adding the picture, it's a bit hard to tell exactly which part you're referring to, but will give it a go.

As best I can tell we're looking from the lens-mount into the camera, and you've detached the focussing screen from where it normally sits (i.e. normally parallel with the base of the camera). At the bottom is the Reflex mirror, which is semi-transparent.

The Digital Single-Lens-Reflex Camera page on wikipedia has a good diagram to show the main common components in most DSLRs.

The piece between the focusing screen and the top of the viewfinder is a copper shim. The shim is pictured in this PDF

Not the answer you're looking for? Browse other questions tagged nikon viewfinder nikon-d3200 or ask your own question.

2
Why no aperture control with Nikon 55mm f/2.8 AI-s on Nikon D3200
1
Why do I see focus less accurately in my DSLR's viewfinder and screen with old lenses?
1
Pentaprism viewfinder and used "pro" gear - really better for manual lenses?
0
Is there an advantage to either the Nikon D3200 or D3300 in cold weather?
3
Nikon D3200 Android USB control
0
Dropped my Nikon D5100, and the image sensor seems to be out of place. What do I do?
1
How do I clean the grime spots I'm seeing in my camera's viewfinder?
5
What's the difference between "exposure level indicator" and "exposure setting meter" in the Canon EOS 1DX Mark II viewfinder?