I own a Canon 650D and above water it takes great photos for my hobbyist needs. I am looking to get into underwater photography (up to 40m) and for that I see my options as either to buy an underwater housing for my camera or buy a GoPro.

After getting a quote back for the housing I'm heavily leaning towards the GoPro side.

Pros for the GoPro is price, the size and weight of it which is minimal so great for diving. Also, it is advertised as an (or the) adventure camera and this makes it great for other activities where I don't want to risk other fragile/expensive equipment. However it obviously does struggle to match the 650D for quality (especially with low light since no flash so some other external light source would be required) and the main concern is is it bad enough to warrant me investing in a housing? Also bearing in mind that this is an investment since the housing is specific to the camera model, so if I do upgrade my camera to a newer model then the 650D will most likely become my "underwater" camera.

Should I rather invest in a housing for higher quality photos, or is the GoPro actually not that bad underwater especially considering the significant price difference? Bonus if anyone can provide side-by-side comparison images of underwater GoPro vs a DSLR (preferably around the 650D's specs)

Having been in your situation, I can safely say there are no perfect answers. I had an xTi (400D) and was looking to do underwater photography. I ended up deciding it was not worth it to get an underwater enclosure that cost more than the camera itself, so decided to wait until I could get a nicer camera to be worth it.

In the interim, I went looking for devices that would handle my needs and came down to going between the GoPro and the SeaLife DC1400. While the GoPro is very ruggedized and simple, it also lacks much in the way of controls, anything in the way of zoom and lacks the underwater specialization of the SeaLife cameras. It isn't a bad choice, but it lacks the support for underwater flashes which are absolutely critical to having clear color at depth. (Though you can use constant output lights for things up closer.)

The Sealife camera ended up being the winner for me because it has white balance modes specific to shooting underwater at various depths and includes a solidly built enclosure for a reasonable price. The quality is good enough and it makes a nice stop gap until I can get my underwater enclosure for my 5D Mark iii. It also supports use of flashes and is far easier to control and use underwater as it is designed for the purpose.

With a GoPro, you will basically clip it to your mask and record whatever it happens to get. With the SeaLife camera or something similar, you will actually be able to capture what you want in the way you want with far greater flexibility and control.

There isn't a right or wrong answer here, and certainly the underwater enclosure for your DSLR will get the best results by far, but it is a question of how much you want to spend and how much use you want outside of water. (The Sealife can be used outside it's enclosure, but it is then just an slightly basic P&S.)

This will depend heavily on your focus of the dive.

If you're diving with the focus of photography, you'll want to start down a path that allows you can scale your equipment. This leads to a DSLR that can operate with underwater lighting, RAW output, customized settings, etc. This housing will be large and you will have to fumble with it at all times of the dive.

If you're going to be focused on diving and simply wish to have the ability to take pictures, the GoPro may be a better solution. This will fit in a pocket or on a wrist-strap and the simple operation works in your favor. The higher-end GoPro cameras allow for additional functionality that you won't find in underwater P&S cameras (remote shutter w/ phone, time-lapse, remote viewing, mounting accessories, etc). These features also open flexibility for other non-water uses as you mention.

There are also filters available that provide more natural color when underwater.

Quality of the GoPro underwater at shallow depth w/o ocean filter: 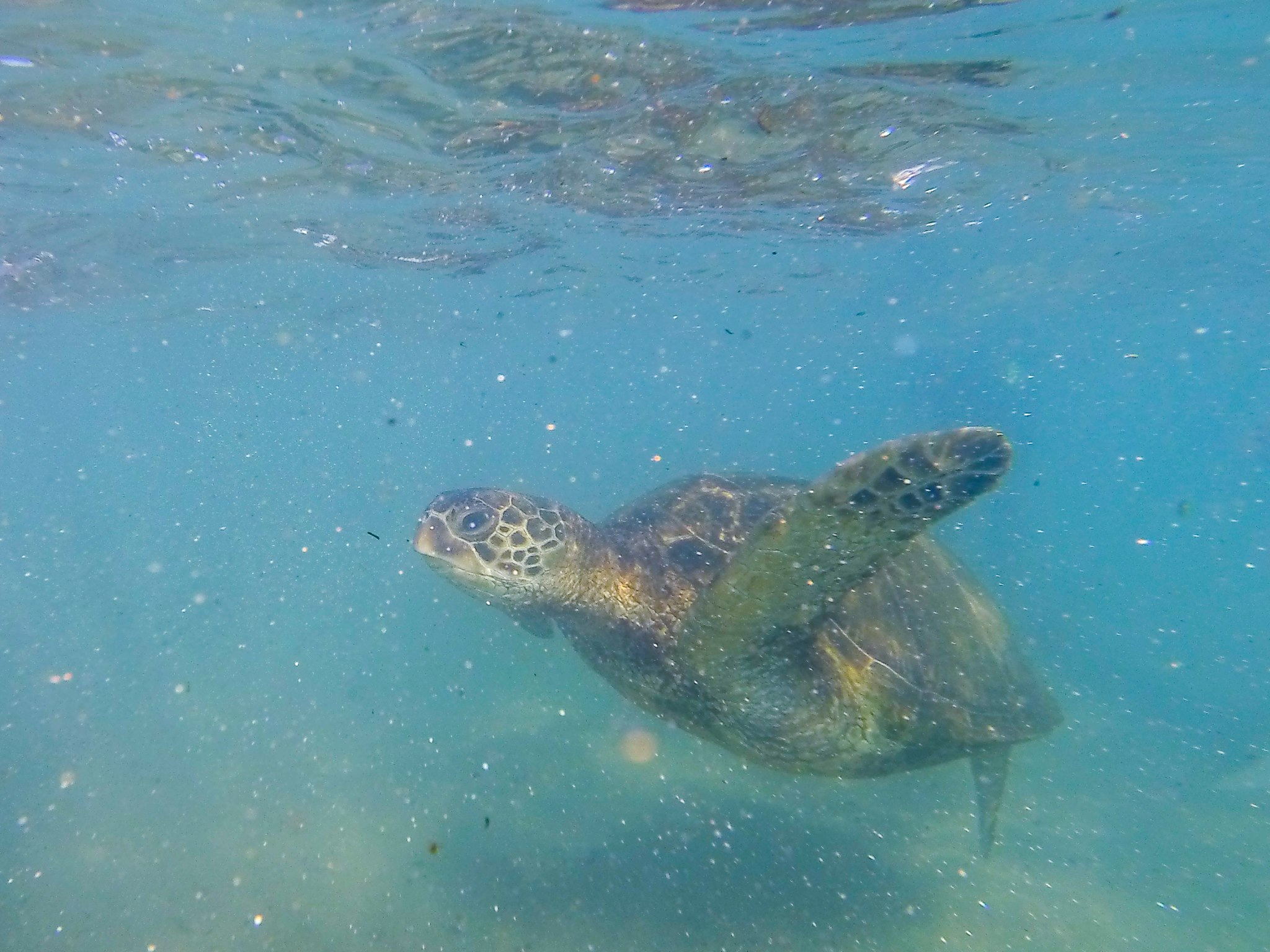 Not the answer you're looking for? Browse other questions tagged equipment-recommendation canon-650d underwater gopro or ask your own question.

1
What to look for in a scuba diving camera for a non-photographer?