Are these weirdly-shaped purple stains really from particles under the first layer of the sensor, and if so, what can I do about it?

I have those little particles on my pictures. There are a lot of them, as you can see, and they have different weird shapes: 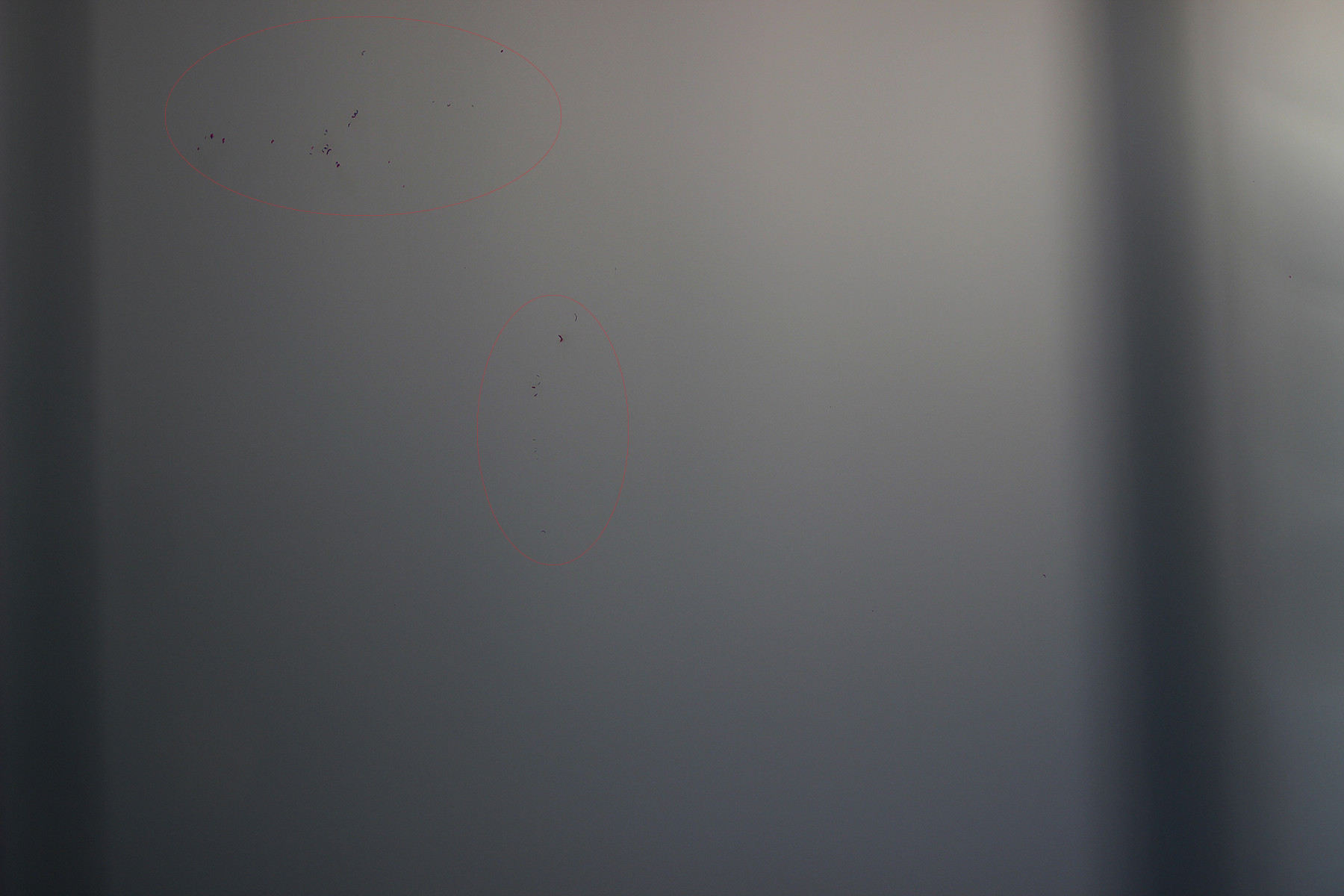 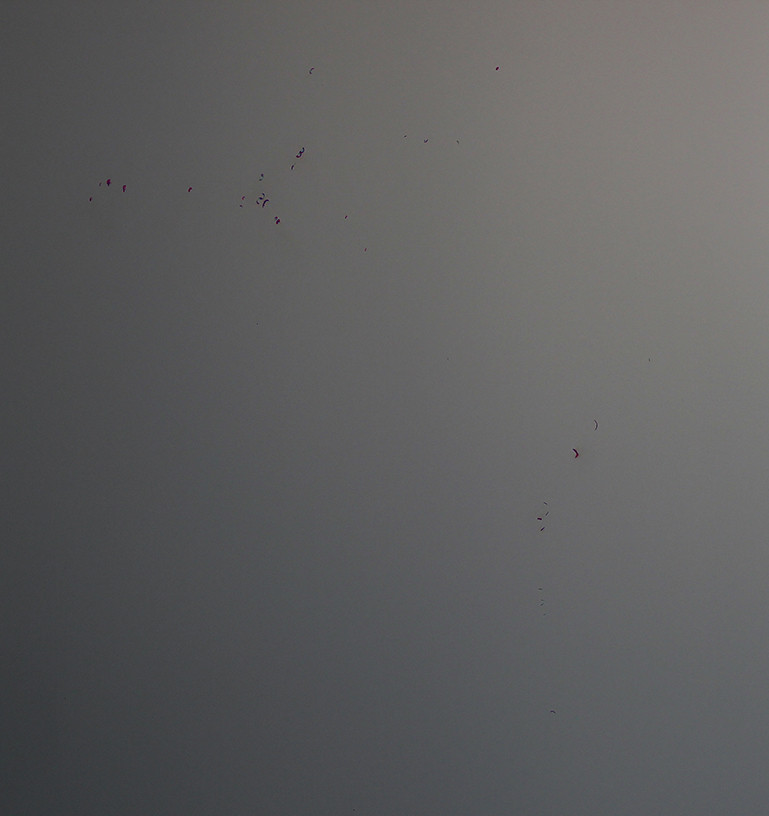 I already sent my camera for a sensor cleaning and the guys at the shop told me that those particles are under the first layer of the sensor and they can't be removed. Is this possible or are those stains some kind of stuck or dead pixels? The camera is only two months old, and I don't really know what those things are.

One way to tell if the sports are on the sensor itself, or on the AA layer above the sensor, is to shoot a white background at wide aperture (say F2.8) and one at narrow (say F22).

To understand the point, consider how a shadow is cast. If the light is a near point source (F22) then it's a sharp shadow. If the light is diffuse (F2.8) then there's no or little shadow, which is why people always say check for dust at high F stops.

So if you take one high and one low, if the specs are on the AA layer (well above the sensor) the F2.8 shot will show no or very diffuse spots. If they are instead on the sensor itself, they will be almost he same. If they are on some intermediate layer you'll get half-way shadows.

To actually tell, perversely enough, you might want to put a hair or spec of dust on the outside of the sensor (i.e. above the AA layer) and compare how it looks at F2.8 and F22, that will give you a good feel for where these are.

Does this camera happen to be the Nikon D800? It's not quite consistent with the common 'oil/dust spots' as can be seen here, yours are more squiggly. But these have (as to my knowledge is Australia) have a warranty fix for it.

The repair centre may be right, however it's important when they told you. If it was:

and the straight away said it's under a layer and can't be fixed (AND didn't charge you), then that's fair enough. If;

and they told you after and still charged you, this is wear they have a leg to stand on. You should still get a refund. If;

and you found out when you went to take some shots after you got it back, then that's a definite refund.

What it true is that image sensors do have layers. They also have filters, generally made out of glass and are IR stop types. Depending on the model, it's highly likely that you can (very carefully) remove the filter and clean underneath it. In some cases, the filter is just replaced because it's easier than to clean.

In the very, very rare case that it's actually caught inside the CCD or CMOS layers, then the image sensor needs replacing and can't be cleaned. Concluding from the inconsistencies from your two images, this is not the case.

Again, this could be a certain model where the filter can't be removed.

It's not a stuck or dead pixel.

If the camera is only two months old, take it back to the manufacturer. You shouldn't be paying for any of this to be fixed.

Not the answer you're looking for? Browse other questions tagged troubleshooting sensor cleaning artifacts or ask your own question.

17
How can I avoid soft dull "spots" in my pictures?
2
Nikon D600: how to fix hundreds of photos with dust on them?
4
How to set up a safe environment to clean inside an old lens?
2
Why don't sensors on satellites and rovers degrade as quickly as DSLRs on the space station?
0
Exmor RS. What value does it add to an 1" sensor?
2
D5100 blocked in "Lock mirror up for cleaning" state
1
Black dots appear in photos
2
What are these streaks on lens element? How to remove?
3
Can someone help me identify what's on my sensor?