How do I take flattering photos of people with acne (scarring)?

Occasionally I'll find myself as the photographer for a professional event at my Alma mater. As a natural consequence of the demographic, there's quite a few people there with severe acne and also scarring. I want to take flattering pictures of these people since they put in a lot of hard work into these events and they deserve to be recognized, however it's something that makes people very self-conscious and delicate to broach.

Photoshopping it out (referring to more than just a few zits or pocks) is a possibility but events are geared more to volumes of photos than they are single highly polished ones like portraits, and this makes it not worthwhile to sit down and heavily repair dozens of photos, especially for the compensation. What can I do using my current equipment and workflows to make the most flattering pictures?

Photography takes place anywhere from brightly day-lit offices to dim soirées. Sometimes I get lucky and I can pose people so it's minimized.

Usually, people are aware that they have it, but don't want it to be so pronounced.

If you can use Gimp, there is a plugin called Wavelet decompose.

In this site there is some information on how to use it to retouch pictures.

I like that technique because you don't need to complete remove what doesn't please you, but you can minimize it so the picture still looks natural but without all that impact of some acne or so on.

I don't know how your models look like, so I took one example from wikipedia that, by it's turn, took it from some US government site.

What the plugin does: Basically it separates the image in many layers, and each layer contains some information from the original image. Each layer has some detail level, allowing you to edit each layer/level independently of the others. For example, color will be on one layer, small spots will be on another.

Below, I think you can guess which one was the treated image. I used that plugin to decompose the image in 6 layers, and edited just 2 of them (painting what I wanted to change with neutral 127,127,127 gray. 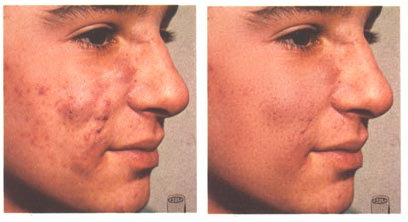 It was a very fast job. It took less time than the following picture, that anyone can see was done very lazily. 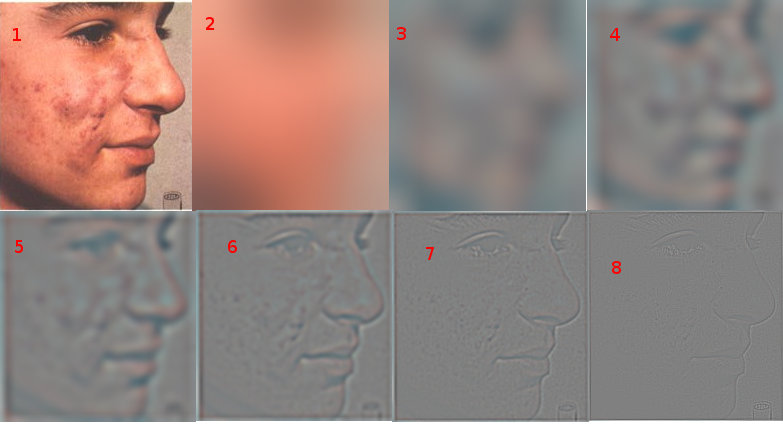 Here you can see the original picture (1), and it decomposed in 6 frequencies. The (2) is the residual image, where you have mostly the colors. (3) to (8) are the decomposition, with increasing frequency (so in (3) you have less detail and in (8) you have the highest - finer - detail).

You can see that (4) and (5) have great variation of color, so editing them reduced the acne/scars. The post-processed image still have acne and so on, but very lighter, still making the model look a real person with skin imperfections but not so strong.

To be completely frank up front, there's a reason why there's a market for professional (or at least expensive) Photoshop plugins, and you've just found it. High volume with quick turn-around at low production cost is the market driver. Spending a couple of hundred bucks on a plugin to save hundreds and thousands of hours of processing down the road is more than worth it. But it's hardly what anyone wants to hear if they're working on a tight budget.

To do the job as quickly and effectively as possible, the images that need the most work are going to have to go to Photoshop. (Or to an image editor at least, but you seem to have Photoshop handy.) The Gimp answer already posted mentioned wavelet decomposition, and that's pretty much the sort of thing that has to happen to make things easy: frequency separation. Separate the colours/tones from the details. There are a lot of tutorials out there for frequency separations in Photoshop, searching on YouTube will give you hundreds of them that are all more-or-less the same.

Most of the colour mess (the redness of current problems and the "lumpiness" of deep scarring) will live on the low-frequency layer, and can be attacked in an aggressive and almost sloppy manner. Not that you want sloppy, of course, but the point is that it's not a finicky process. (This part can be almost completely automated using a plugin at its most ridiculously overdone setting.) You may find that most of the things you thought were problems simply vanish into the "normal" range. Anything left can easily be healed/cloned on the high-frequency layer without worrying too much about the colour. (Again, a plugin can help, but this time set to "stealth mode" where it does very little.)

Even in a fully manual version of the process, you can get an awful lot done in very little time. You're not going for the fashion/beauty look, just for something that makes people look like they're having a particularly good day, and that can be something like two to five minutes per processed image (less with a fast computer and a little practice). A plugin like Imagenomic Portraiture, an action in Photoshop and a fast workstation can make it literally a one-minute-per-image deal with great results.

Besides post-processing, a soft focus or diffusion filter will soften detail. With proper lighting it may also add a halo effect to the subject. 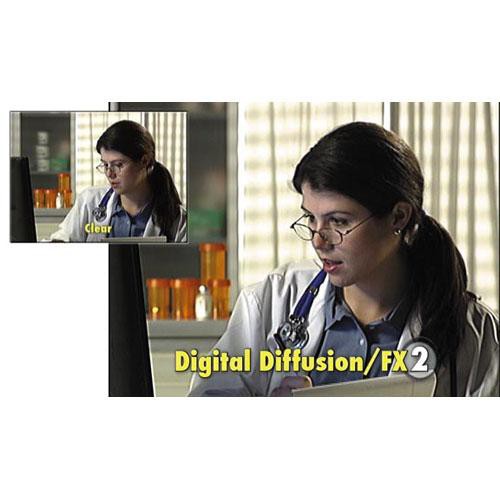 Not the answer you're looking for? Browse other questions tagged post-processing portrait retouching event-photography or ask your own question.

2
How can I remove glare from a picture of a painting in Photoshop?

20
How do I blend multiple photos to remove random people from the background?
16
How should I approach people to take their portrait?
2
How to apply the Rule of Thirds with people?
0
How can I move around the image with a tool selected in Lightroom?
2
Creating photos with no people by stitching multiple photos
10
How can I take photos during a school dance?
0
How can I salvage photos from a party in a dark room?
1
How to take pictures of a moving speaker in a dark room with accent lights?
7
How to compose photo with un-posed groups with four or more people?