Can I modify a Logitech C615 webcam for infinity focus?

Which is expected and perfectly normal! But I'm wondering if there is a possibility I could open up this camera and modify something to calibrate the focus to be more optimised for distance.

I've found a picture showing the inside of this cam: 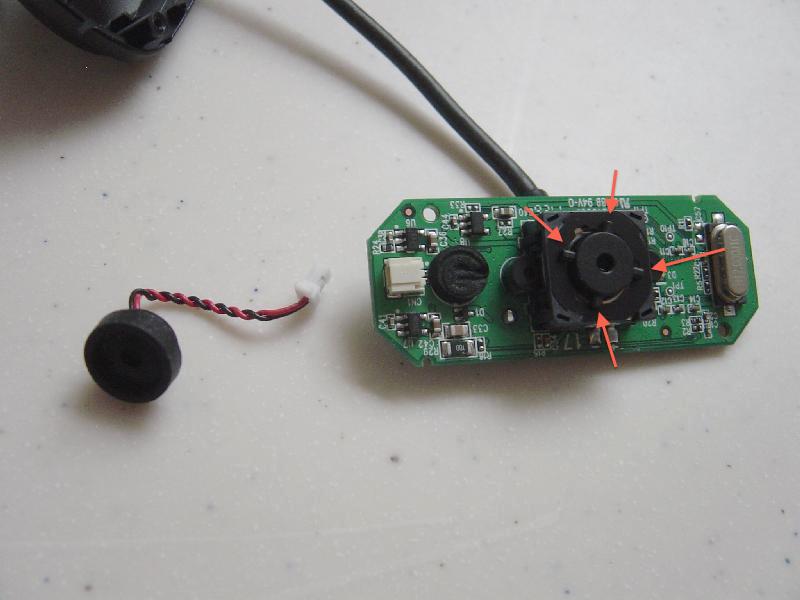 I've added these red arrows to point out to these pins which look like they are there to assist in manual turning of the lens. I did not take my camera apart yet because I'm recording a timelapse with it right now, as it is, so I would not like to take it apart if there is nothing I could do.

Here are some pictures from the camera as they are now.

Totally out of focus: 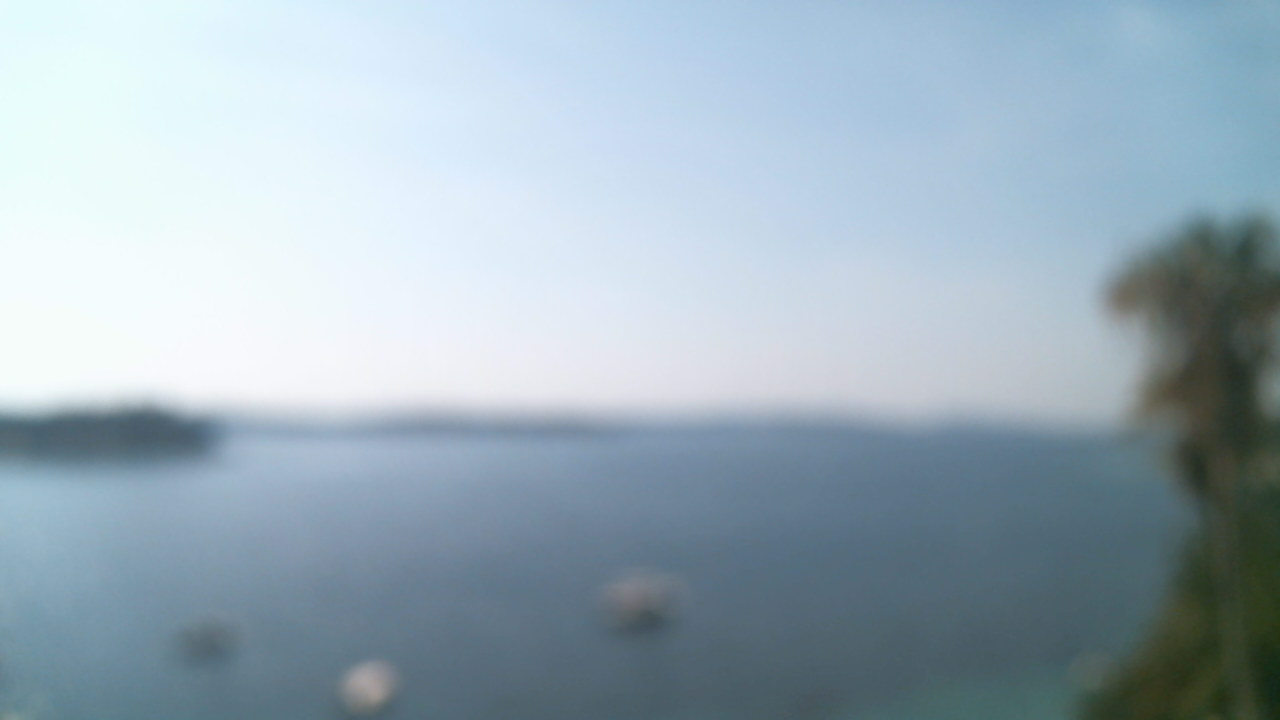 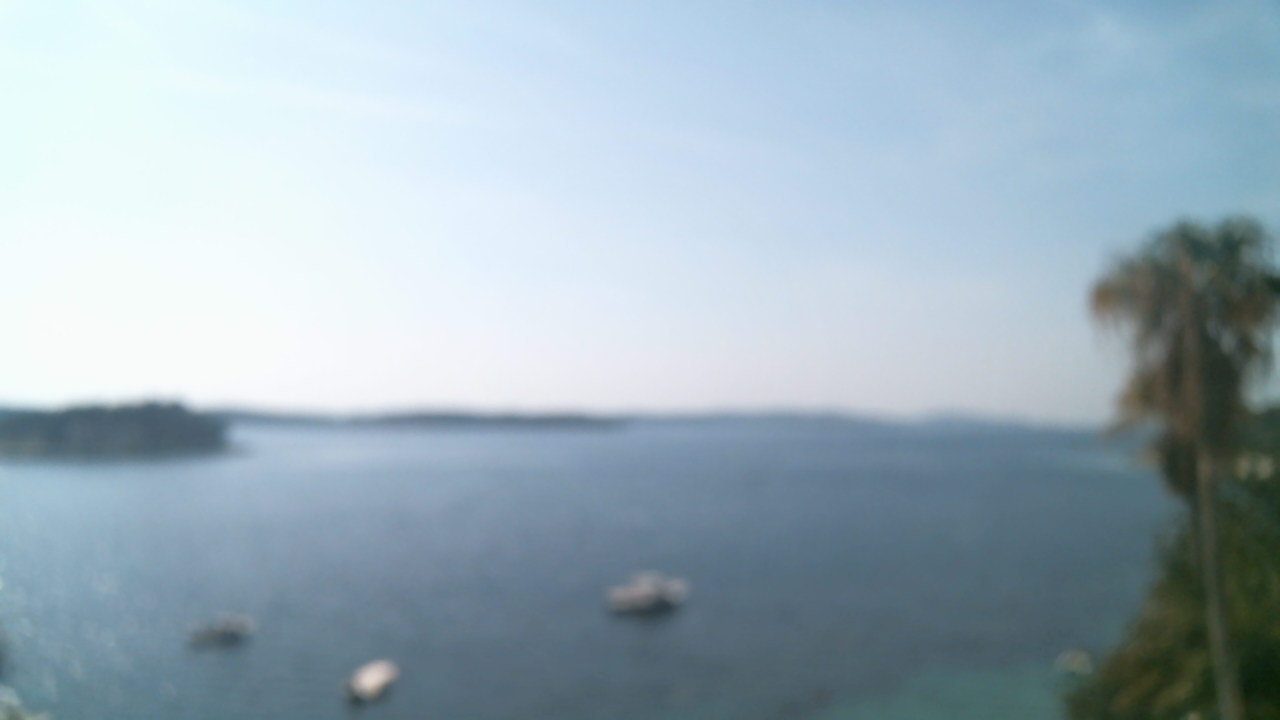 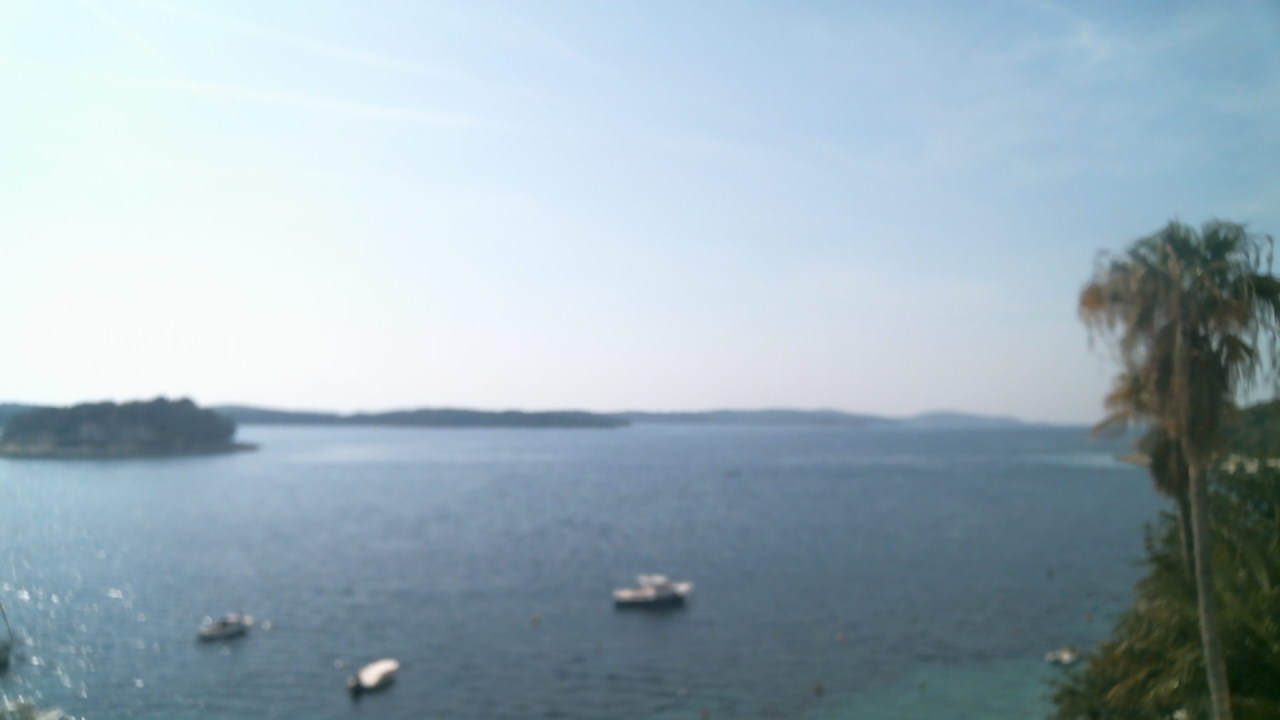 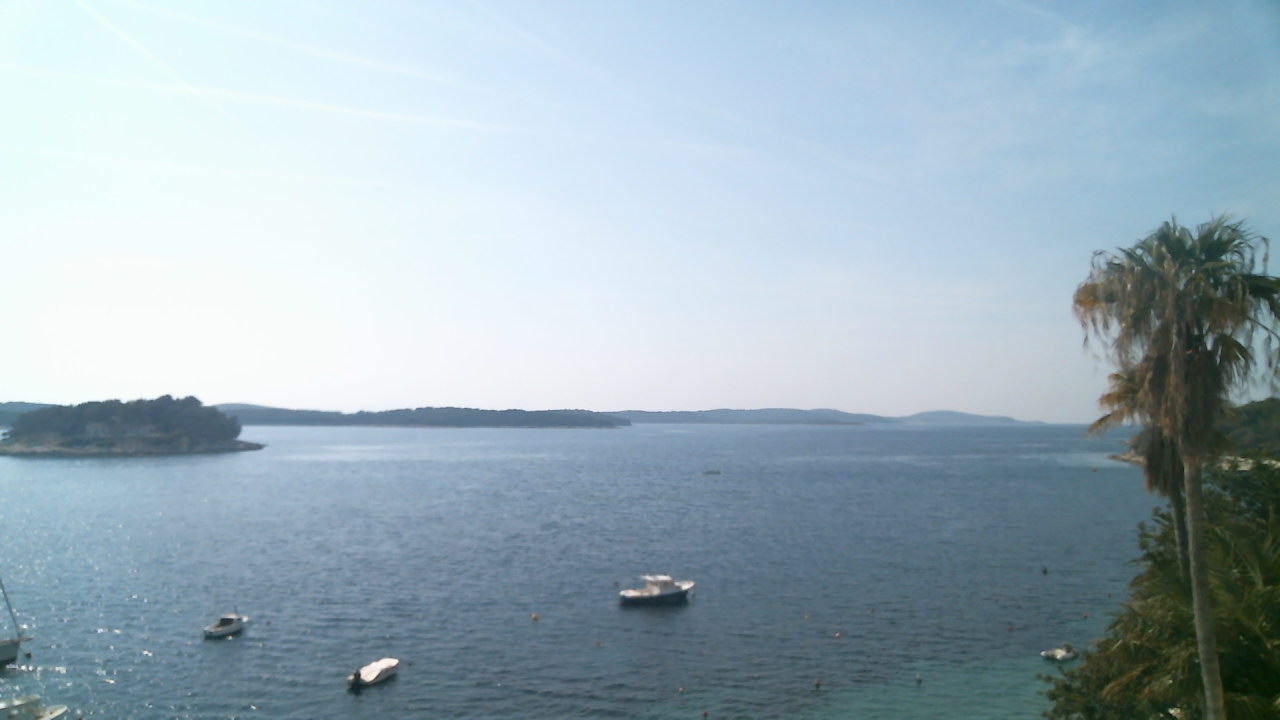 I had the same issue/idea as you and decided to see if I could alter the camera to focus father away. After taking it apart, the four spokes don't appear to allow adjustment of the focus. They don't turn. As the camera focuses the lens assembly (including this 4 spoke thing) moves closer to the sensor (for far away focus) and farther from the sensor (for close up focus). I verified by watching it work as it focused close up and far away.

I did, however, desolder the focus assembly's leads and removed the assembly. Underneath there was a clear plastic sticky pad which I removed. That moved the lenses very slightly closer to the sensor which changes the focal range to allow it to focus slightly farther away. If you do this, make sure the top part of the focus assembly doesn't separate from the bottom increasing the distance or causing it to be slanted... mine did this and I had to super glue it together after I was done working on it.

It still won't focus very far out, but it's significantly better. If you can figure out a way to shave some more distance (being literal) you should be able to extend the focus farther. I couldn't think of a way to do it without designing a new bracket, and only needed it to focus better at about 6-10 feet. It may be possible to 'lap' the bracket down if you're very careful to keep it flat.

It's still not as focused at 6' compared to 4" so even for my use I would benefit from less distance between the lens assembly and the sensor. The impact to the 'macro' performance of the camera appears minimal... I think this thing was designed to focus too close - even as a webcam...

Just to add to this, the spokes do turn (it is set with glue, so may need a bit of persuasion to move). I've removed the metal trim just behind the spokes so that I can tighten the lens in as far as possible.

Mine seems to focus quite well at a set distance (once desoldering the auto-focus lines).

Hook up lens from my old glasses for near sight correction solves the problem.

Not the answer you're looking for? Browse other questions tagged timelapse diy infinity-focus webcam or ask your own question.

4
Are there cheap or DIY focus assist solutions for the Canon 5D?
5
Is there a webcam that can focus to infinity, for time-lapse landscapes?
8
How can I modify a webcam to use an SLR lens?
2
Camera suggestion needed for long term remote timelapse
7
How to do 1 or more photos per second without jitter using a Canon 7D?
2
Does focusing at infinity mean the sensor is at F?
7
Focus-assist light that arthropods will be least alarmed by?
1
Modify webcam optics increasing magnification