Where can I find B&W film for an Imperial Satellite 127 camera?

Recently I was given an Imperial Satellite 127 camera as a wedding/moving away gift. I was pretty excited about it since older cameras have always interested me, but I've not ever owned one. Also, I haven't shot film since over 10 years ago when I was in a college photography developing film in the darkroom.

After I received it, I realized that this particular camera took a very uncommon film format, and it seems to be very difficult to come by (Here's a quick write up on 127 film). I've done some searching online and the only thing that looks feasible is this roll of color 127 film on B&H, but I would greatly prefer to shoot in B&W if at all possible. If not, I'll probably buy a few rolls of this color film.

I've also read a few things about people experimenting with other film sizes in 127 film cameras. Some will take a roll of easier to come by 120 film and cut it to fit, other will take a roll of 35mm film and just expose the while thing including the sprocket holes. Here's an interesting write up of both.

So, my questions are:

Here are some photos of the camera I now own! 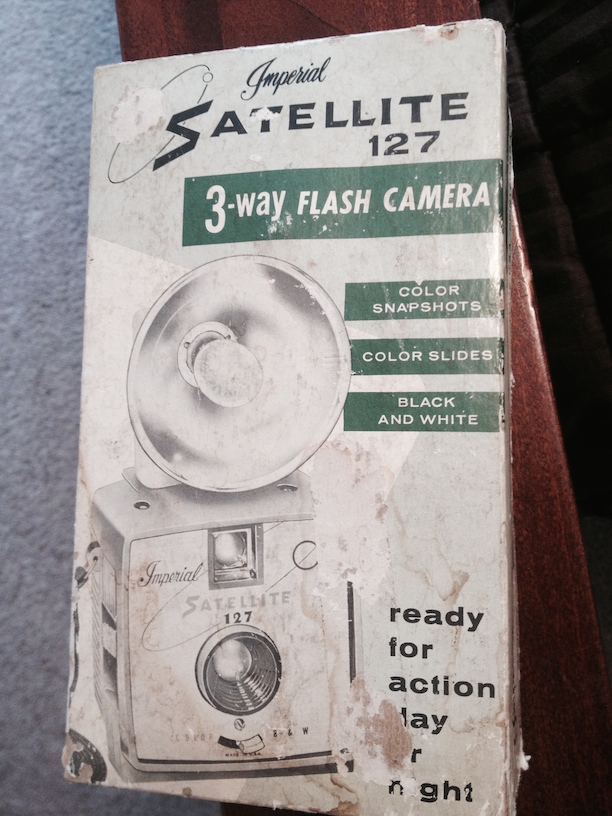 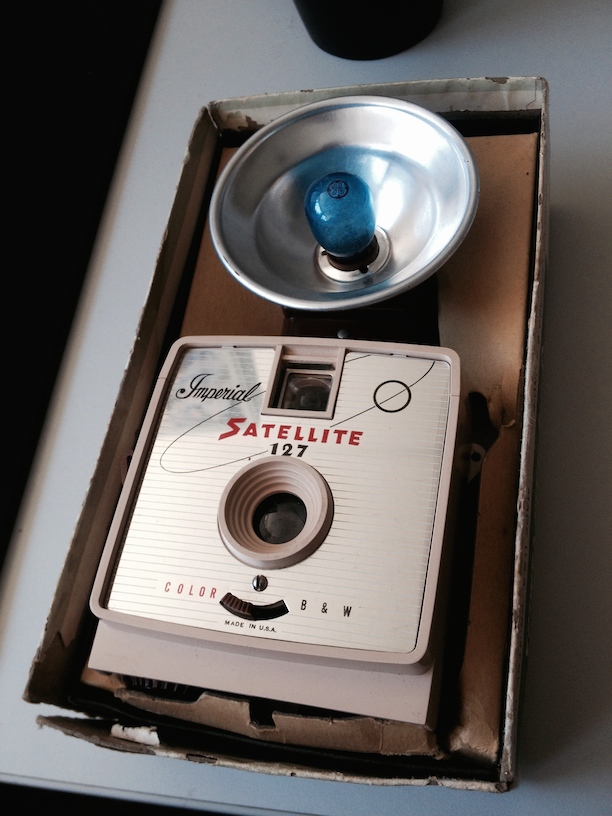 At this point they appear to be the only ones making 127 film in any format, so unless you want to pay substantial ebay prices for end of life film (which may take interesting shots), I don't see better options.

As a thought... you can always do what Bluefire is doing if you're willing to cut in the dark. Basically, get your hands on the parts (perhaps by ordering colour film from Bluefire) and then get bulk B&W film from an Agfa (if you can) and cut it yourself. I've bulked rolled film before, it's pretty easy, but I've never cut it for size.

A very late update: 127 film is now available, new, in both color and black and white, from Rera (Rerapan, ISO 100 B&W, and Rerachrome, ISO 100 color negative despite the name); it's available from B&H Photo and Film Photography Project.

My own preference, however, and the reason I'll always have film available for my 127 cameras, is to slit my own 127 from 120.

The cutting can be done in daylight, with a cigar cutter or utility knife (I've done it by rolling a snap-blade extended long on the roll on a smooth table top), or with any kind of sharp, thin blade if you have a means to spin the roll. There are also commercial 3D printed devices to cut the roll (one even respools the film in the process).

You need to ensure you keep the side of the 120 roll with the 6x4.5 framing track, in order to have the 6x6 framing track land under the center 4x6.25 window, and the 6x4.5 track land under the edge 4x4 window in your 127 cameras. For full-frame and half-frame cameras you will also have to mask the frame gate in the camera by a few millimeters to avoid frames overlapping by 4-5 mm (because the 6x6 track has shorter spacing than the original 4x6.25 track on "real" 127 film).

I've done this a number of times, and it works fine in every 127 camera I've tried.

Not the answer you're looking for? Browse other questions tagged film black-and-white old-cameras vintage or ask your own question.

11
Are old reels of film useful past their "Use By" date?

11
Where can I get 4x5″, 5x7″, or 8x10″ color sheet film (or other hard-to-find exotic film) processed?
10
Where is the best place to get my beloved Rollei serviced?
3
What are the factors that cause colour shifts in cross processed film?
3
How do I avoid torn sprocket holes with bulk loaded film?
3
How far can you push process an accidentally under-exposed film?
4
Orange and other artifacts in photos from film camera
1
Film did not rewind
4
Developing Problems, maybe with JOBO developing tank?
5
My negative is completely black and opaque — is this a camera problem, my mistake, or the lab's?
1
Shooting mystery film found in 1930s camera