I want to get better action shots in low light indoor conditions. I've got a Canon T1i (APS-C size) with 3.5-5.6 18-55mm lens, and am thinking about a flash upgrade, a lens upgrade, and/or body upgrade. What would be best?

I'm shooting inside an apartment with low ambient light, mostly children on the move. I have no external flash now (and it doesn't feel practical for most of my shots), and am usually about 3-6 feet from my subjects.

No question: adding an external flash. See previous question Prime lens or flash: which upgrade will most improve baby photos?, which covers some of this. A flash can freeze motion, and makes it easy to get enough depth of field to get the whole scene in focus. And when you can move the flash off camera, you can create nice light where it doesn't exist already.

You note that you feel like an external flash doesn't feel practical for most shots. It's actually pretty easy in most situations — put it on a small table stand, point it at the ceiling, and put it somewhere convenient in the room. That means you need something with wireless control, but luckily that's pretty easy to do these days — and much cheaper than going to a full-frame body.

For Canon, unfortunately the T1i's built in flash can't act as a wireless controller, although newer Rebel models like the T3i can. There are couple of recent low-cost flashes like the Cheetah Light V850 or the (upcoming) Cactus RF60 with integrated radio control. Unlike the optically-triggered remote options, you have to set the flash power manually, which actually isn't very hard when since lighting inside doesn't change very much, and these flashes actually let you set the power from the controller on the camera body. (And due-to-be-released-really-soon-now controllers will actually allow TTL with Canon or Nikon bodies.)

Additionally, if your kids are old enough to sit still for you for a few minutes, getting a few light modifiers will allow you to do neat things you couldn't do otherwise. I don't mean a cheap gimmicky thing, but an umbrella or softbox that's at least a 20". That doesn't help with chasing kids, but if they will sit for a bit you can do stuff like these: 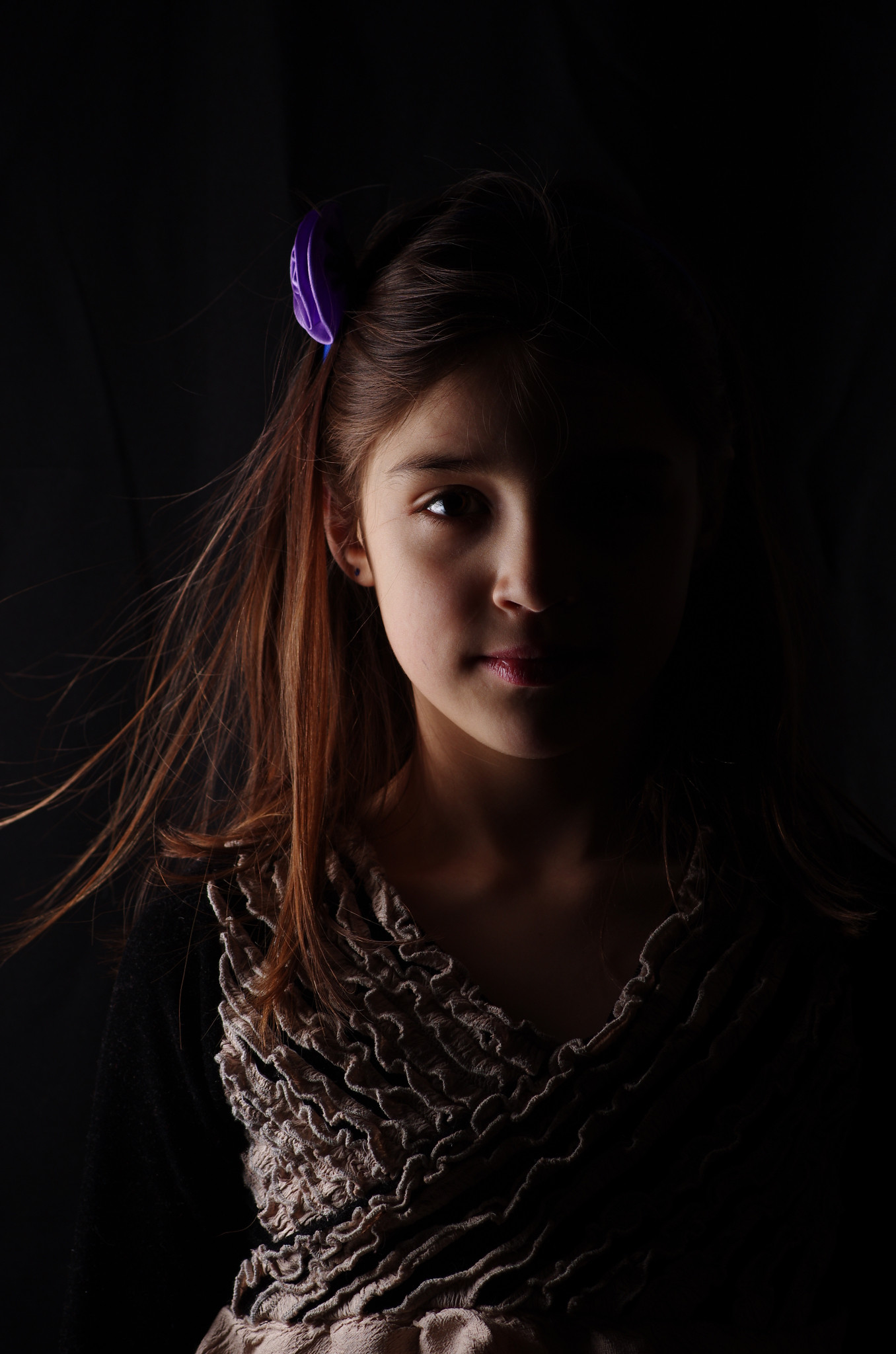 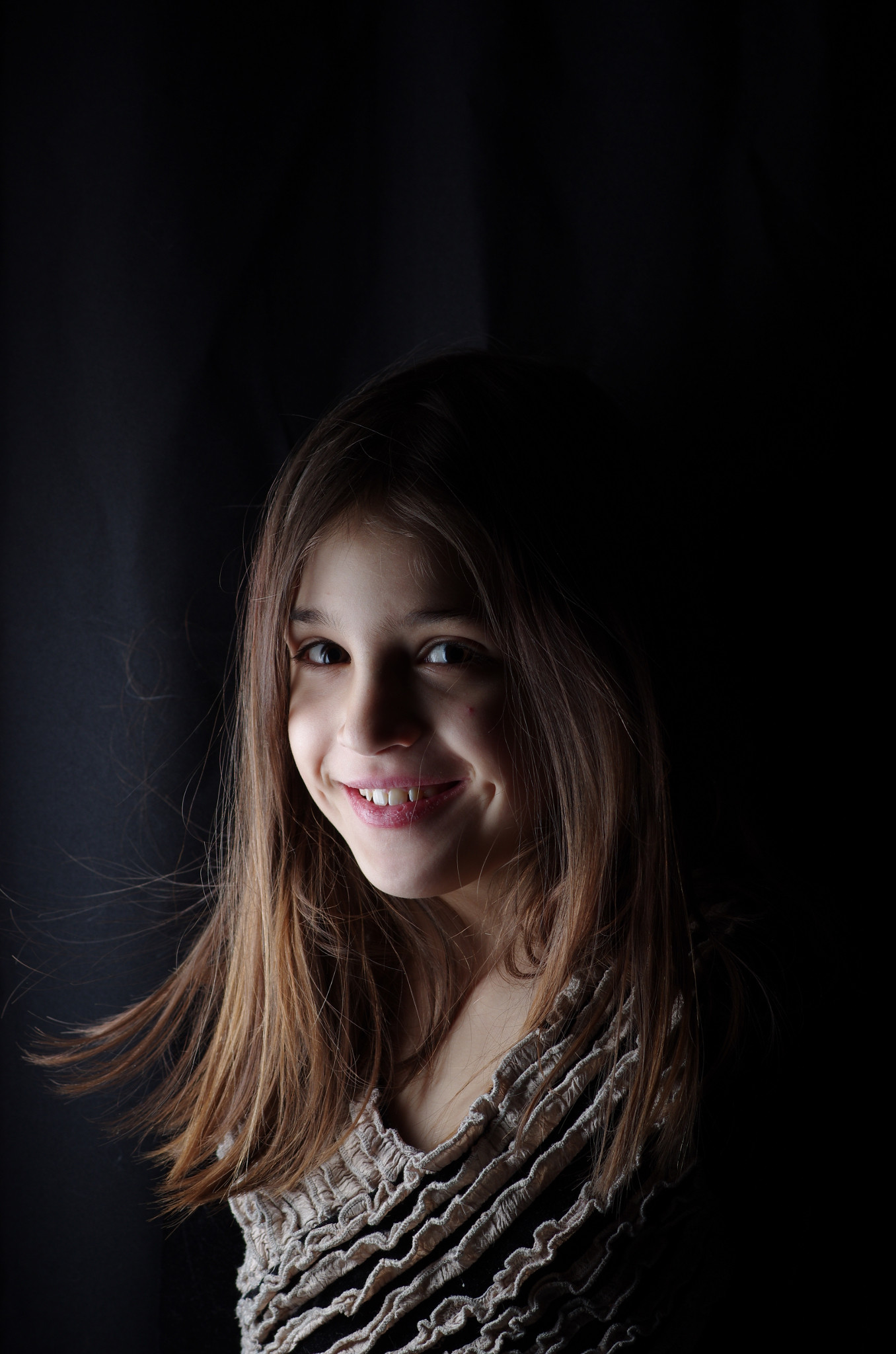 These are straight out of camera; no time for post-processing, although next time I will comb her hair a little bit for the second shot. They're at f/5.6 — nothing you can't do with the lens you already have.

This is with the Cheetah flash and a Westcott 10×24" softbox really close to the frame. You can also use a $15 shoot-through umbrella, but the softbox is nice because it takes up a lot less space. That plus a stand and the flash is less than a nice lens would have cost — and for less than the cost of a splurge on a body upgrade, you could get two flashes, plus stands and with a large softener for each.

The catch is that it will take a little bit more work to figure out what you're doing — the often-repeated advice to go through Strobist Lighting 101 and Lighting 102 is really worth it. But if that sounds like too much work or stress, a single external flash and remote trigger of some sort will get you great results.

Or you can even leave it on the camera and bounce off the ceiling — even that will get you better results than pretty much anything else you can do for the money. See this photo from the question linked above (same subject, a few years earlier): 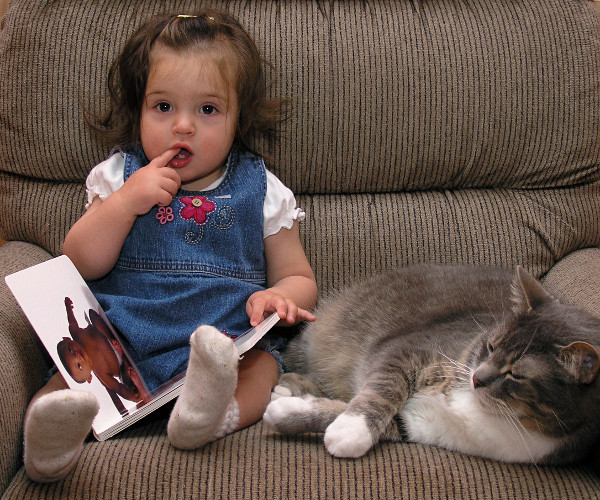 That one was with a flash pointed at the ceiling, with the built-in bounce card pulled out for the sparkle in the eyes. Notably, this wasn't done with an DSLR: it was taken with an Olympus compact; it's the flash that matters.

Flash (by far), then lens or body depending on the number of lenses you already have and how close you are to a meaningful increase in max usable ISO. Flash adds far more than twice the amount of light, so it is a far larger improvement than an f-stop faster lens.

Lenses that are one stop faster will double the amount of light you can take in, but will only apply to that lens.

If the camera body double the ISO you can use without noise problems, then it will be equivalent to an extra f-stop of lens performance on all your lenses, but also while still being able to use a wider depth of field. That said, it may or may not be affordable to double the ISO performance depending on what body you already have.

Given the information you've provided, I think flash is the obvious and easy choice. I put the flash on the camera and point it at the ceiling to shoot all the time, and it really is easy to create great results.

However, there's another avenue to consider: are you feeling creative? Do you want to experiment with shallow depth of field? A large aperture can really make your portraits pop away from the background unlike a slow lens in the same environment. For me, personally, I would go for a fast prime like the 50mm f1.8 (largely because it's cheap), or the Sigma 18-35mm f1.8 is also going to be a great choice for this -- choose depending upon your preferred focal length. Try shooting at f2-2.8 for shallower depth of field -- or maybe even wide open at 1.8 -- to capture a thin slice. And, hey, look at that, the large aperture is also giving you 2-3+ stops of additional light for a higher shutter speed/lower ISO.

And finally, just to round out the answer: I would choose a new body last particularly because you don't have the flash(es) and lens(es) to let you really take advantage of a higher-end body.

24
Prime lens or flash: which upgrade will most improve baby photos?
4
How can I take pictures of active children with a DSLR in low light?
1
Are my makeup portraits not sharp because I'm just using indoor LED lighting?

11
Is Canon EF 24-70mm f/2.8 L USM Lens that much better than Sigma 24-70mm f2.8?
3
How do I choose a zoom lens to replace the kit lens?
10
Is a 50mm f/1.8 or 50mm f/1.4 a good lens for portraits in low light?
1
Camera displaying "subject is too dark" message when live view turned off
6
How can I improve portraits when shooting in low light without flash?
7
What's the best technique to take brighter photos in demanding low light conditions?
14
How to know you've outgrown your equipment?
1
Will upgrading from T3i to T7i be a meaningful improvement for low light photography in the jungle of Costa Rica?