How can I get two Nikon Speedlight flashes perfectly synced in stroboscope mode?

When trying to freeze a person in motion at several positions, I discovered some synchronization issues with the Speedlight’s stroboscope mode when using several flashes.

I use two flashes: an SB-900 and an SB-800. They’re not firing exactly at the same moment. It seems like the more often the flashes are to fire, the delay of one of the flashes increases. In my tests, the SB-800 was always the second one to light up, but I’m not sure whether this is due to the model’s age, it’s (slightly) more distant position to the camera or something else. 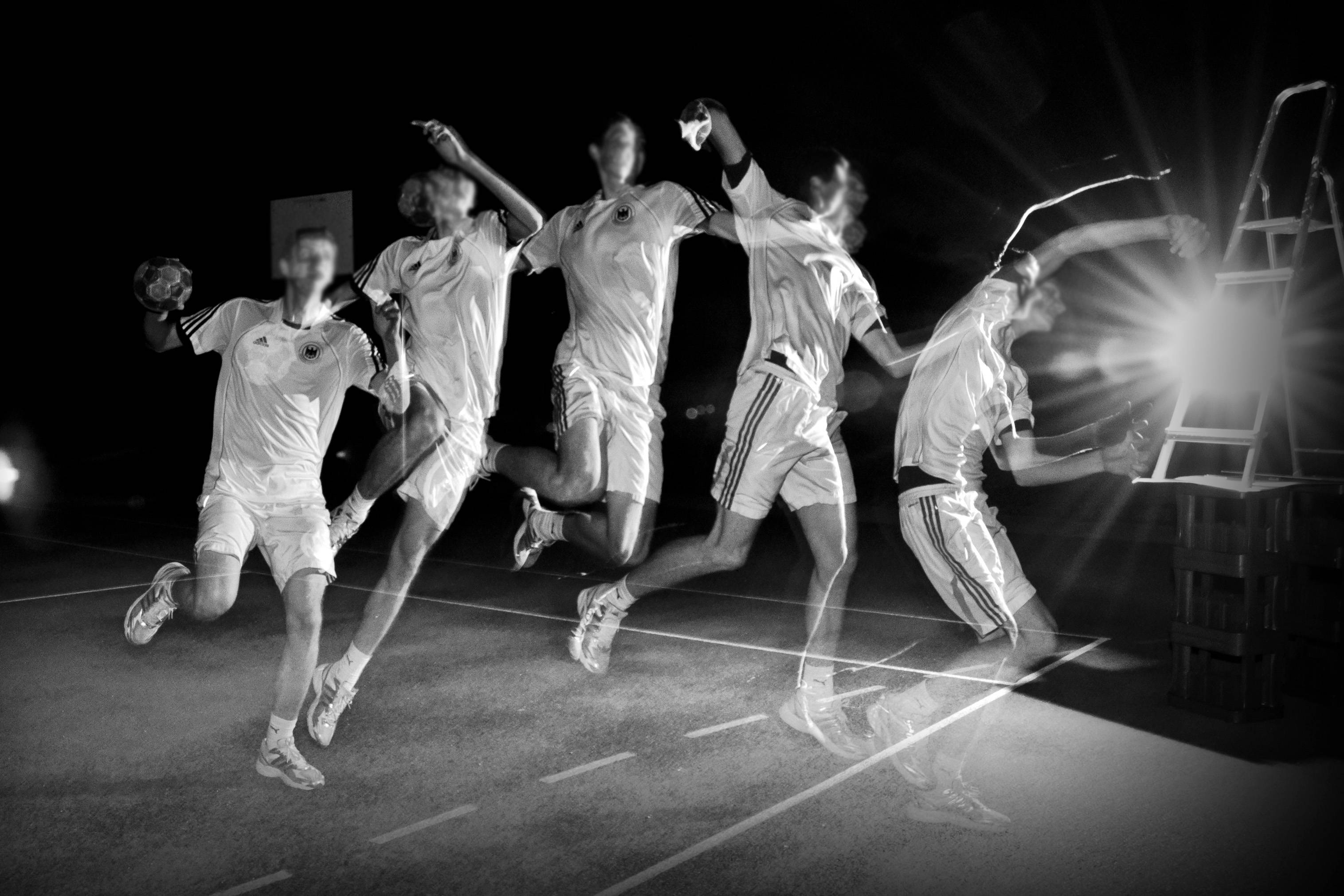 For the first attempt, I hooked the SB-900 onto the camera and set it to master mode. The SB-800 was placed about 2 meters left from the camera. As you can see from the picture, the more times the flashes light up, the delay increases.

For the second attempt, I placed both flashes onto a Yongnuo wireless receiver and set them to “local” (no remote) stroboscope mode. When I attached the transmitter onto the camera’s flash socket, both flashes only fired once. So I detached the transmitter again and pushed both camera and transmitter trigger separately by hand without releasing the transmitter’s button for some seconds. With this method, when both flashes were set to a frequency of 4Hz and flashing up 4 times, the result was pretty good. The contours of the moving ball were really clear. But the more I increased the frequency and the number of times to flash, the more unclear did the ball’s contours get. 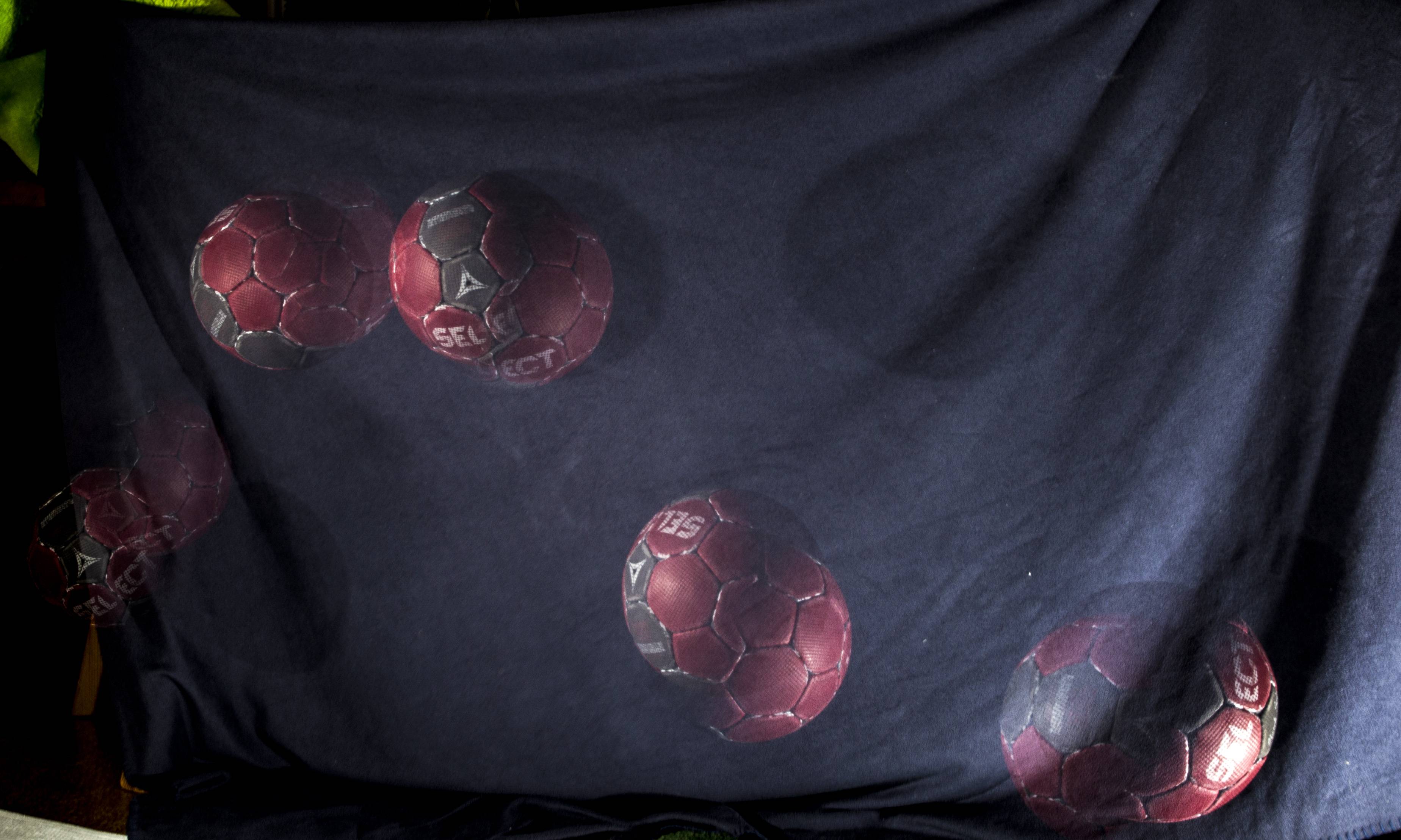 I understand that even light needs some time to cover distance, but with the speed of light the difference between the flashes positions and the moving object shouldn’t come out that clear as in these example shots.

If anyone has an idea how to solve that synchronization problem, I’d really appreciate that.

Put only one of the flashes in strobe mode; set the other to SU-4 slave mode (on an appropriate low manual power setting) to allow it to be driven by the strobe mode flash. There will be a slight delay, but it'll be measured in microseconds and shouldn't affect apparent simultaneity unless you're dealing with something a lot faster than basketball players.

Not the answer you're looking for? Browse other questions tagged flash wireless-flash stroboscopic-flash or ask your own question.

5
How does commander mode on a Nikon camera body differ from commander mode a on SB-700 Speedlight?
2
Why does my Nikon sb900 have a delayed response?
3
Disadvantages of always setting flash sync to 1/320s (Auto FP)?
1
What would be the correct way to place strobes to photograph a group of 10 or 12 people in a row?
0
What flash triggers can remotely set the mode and power on multiple flashes?
3
RF Flash triggers and transmitters
1
Remote flash triggering options for Canon 6D
0
Using camera in auto with TTL master flash and non-TTL slaves
3
Why aren't my strobes and speedlight in sync, and how can I fix this?
1
Does the ISO setting on Minolta Auto 25 flash change the flash power?