Why is my P&S camera producing photos with a wrong exposure and a screen-like striping?

I got a Canon Powershot A430 at a thrift store and it worked fine for a few months. But after messing around with the colour highlight/switch settings, my pictures started coming out black embossed looking. I've been messing around with it for a few months now and it seems to be evolving. Every setting besides automatic has this effect, and the quality in automatic is really poor. I have tried doing a factory reset multiple times and it does not appear to change anything.

None of these photos are manipulated: 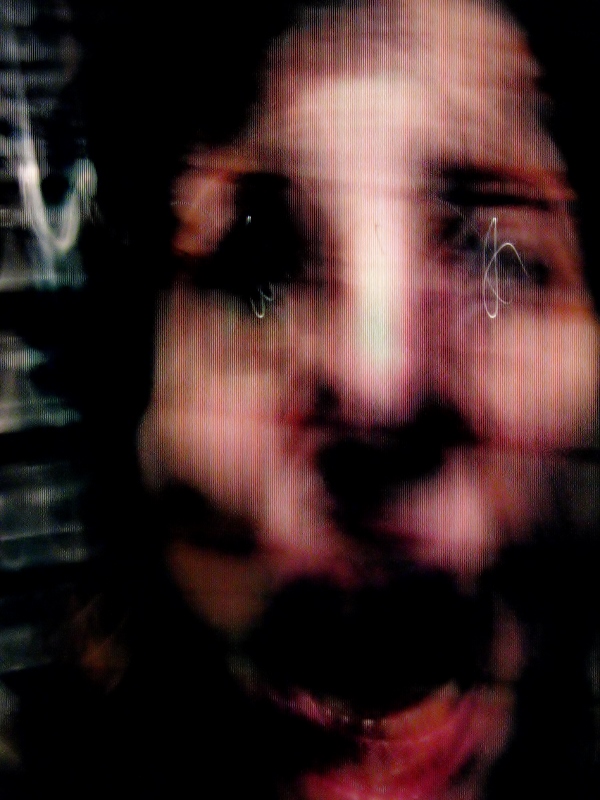 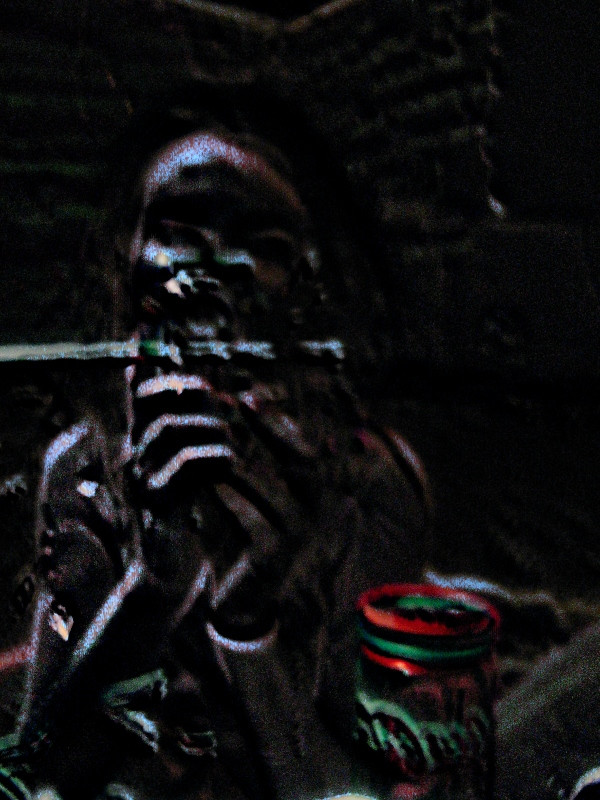 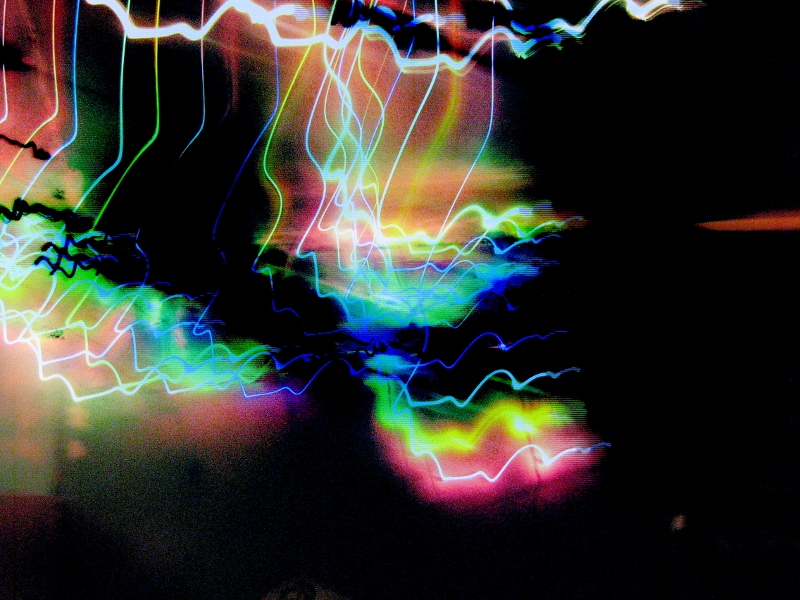 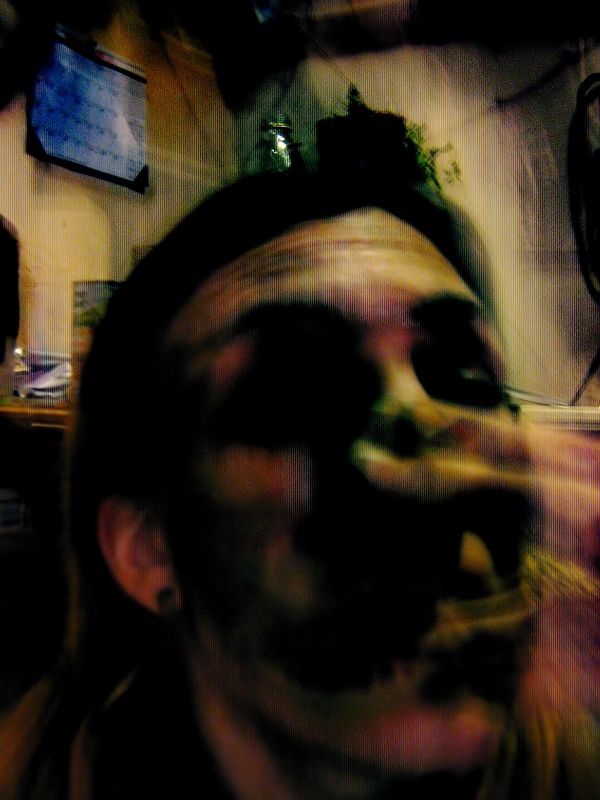 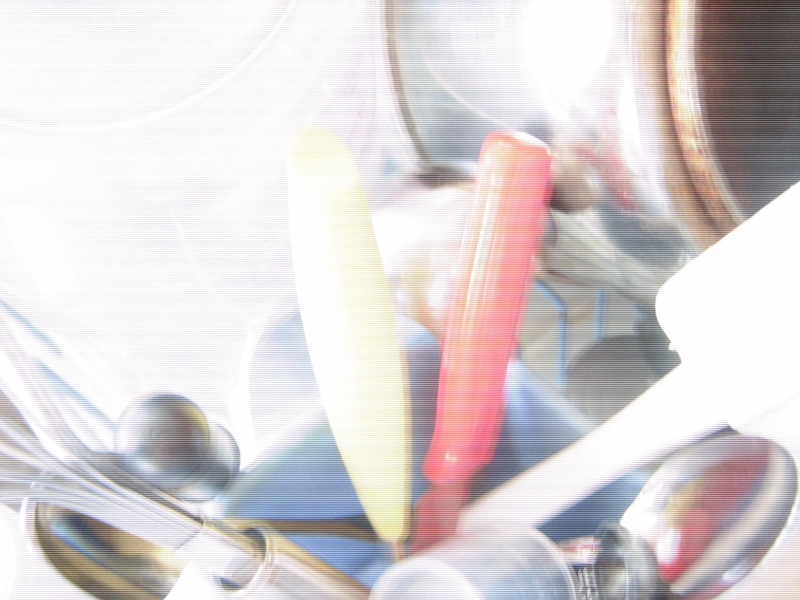 It most definitely is a image sensor/CCD/CMOS issue. These tend to fail over time due to heat, which could explain why it worked the first couple of months.

It also isn't exposing properly (due to faulty CCD) hence the swirls and exposure of half a second.

There was a time where they recalled their image sensors/CCDs but it was a while ago. It might be costly to repair now.

Your first photos look pretty dramatic, but I think that's actually mostly a side effect of something other than the problem — you are doing it on purpose. I don't mean maliciously, but those are clearly examples where the weird artifacts are combined with a long shutter speed in order to make an interesting abstract effect. The "skeleton" image may be a combination of some in-camera filter too (you say you were messing with a color highlight mode).

But mostly, they're just kind of underexposed, with a long shutter speed so everything is blurred or lights are wiggly lines. The exposure problem could be due to sensor damage or it could just be the settings you chose.

The much more boring final photo (utensils in a dish drainer) show that something is really wrong — either a problem with the sensor itself, or maybe the connection to the sensor over which data is read. So, it's broken, but it also looks like you're having fun with it.

Not the answer you're looking for? Browse other questions tagged canon troubleshooting equipment-damage data-corruption digital or ask your own question.

1
Why are my photos taken with Finepix Z5 corrupted?
2
Why is my Canon EOS 40D getting wrong exposure after focusing screen change?
0
Why are all my smartphone photos coming out near-white?
4
Why is my camera focusing fine in liveview but getting it wrong with the viewfinder?
1
Why does the mode dial on my Canon camera set the wrong mode? (Av is P, M is C2, etc.)
6
Why does my Canon dSLR screen go black after taking two photos?
3
Why are my photographs on Kodak Portra 400 coming out hazy and gray? Am I getting the exposure wrong?
1
Why do images taken with my DSLR end up half black and half bright purple?
3
Why would a camera change colors on the image when producing JPEGs?
24
A camera that takes real photos without manipulation like old analog cameras