How to take a "bird's eye view" of a product at home?

I'm looking to take some images of deconstructed products arranged neatly. I believe its called knolling. However I want to be directly over and parallel to the items.

The items will be layed out on a desk and I need to be able to view them all as well as part of the floor.

This example shows something similar to what I would want to take a photo of, except not from this angle!

What equipment will I need to be able to achieve this? However it will be on a much larger table

I suggest a C-stand. It's a heavy-duty light stand with an extensible boom, normally used to hold video lights or studio strobes.

It's simpler to adjust and move around than something more permanent like a ceiling mount.

The advantage over a standard tripod is that 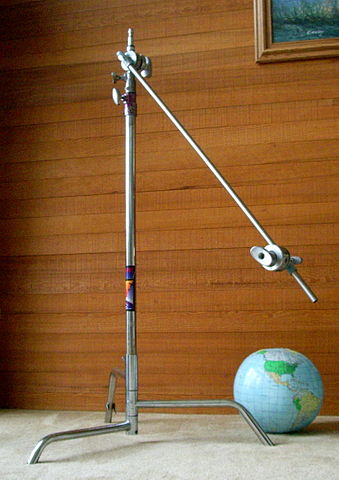 C-stands are frequently rated for a load of around 10 kg (20 lbs), while a DSLR with lens is around 2 kg (4 lbs), so the weight should be no issue. It's no more than a standard studio strobe monoblock.

To attach the camera, the simplest option is probably a super clamp and a tripod head. (If you have something else to attach the clamp to, you could skip the stand.)

You'll probably also want a sandbag for the base of the stand (for stabilization) and may need to hang something on the other end of the boom as a counterweight, depending on the weight of the camera and how far you extend the boom.

See also this discussion on mounting a DSLR to a C-stand.

I don't know your degrees of freedom.

*1. You could build a frame with a 1/4-20 thread mount on top, and maybe light mounts as well. We use Alutech profiles for our setups, where you can slide the mounts in the profiles. That is tall enough to give you the focal length needed to not warp the objects. If this gets close to the ceiling, you can ceiling mount the 1/4-20 thread. To avoid going too high, you can place the objects on a board on the floor, instead of a table. Given the difficulty to reach the camera controls and see results up there, use tethering. I take the mounting screw from a tripod for these setups when I need to mount a DSLR. 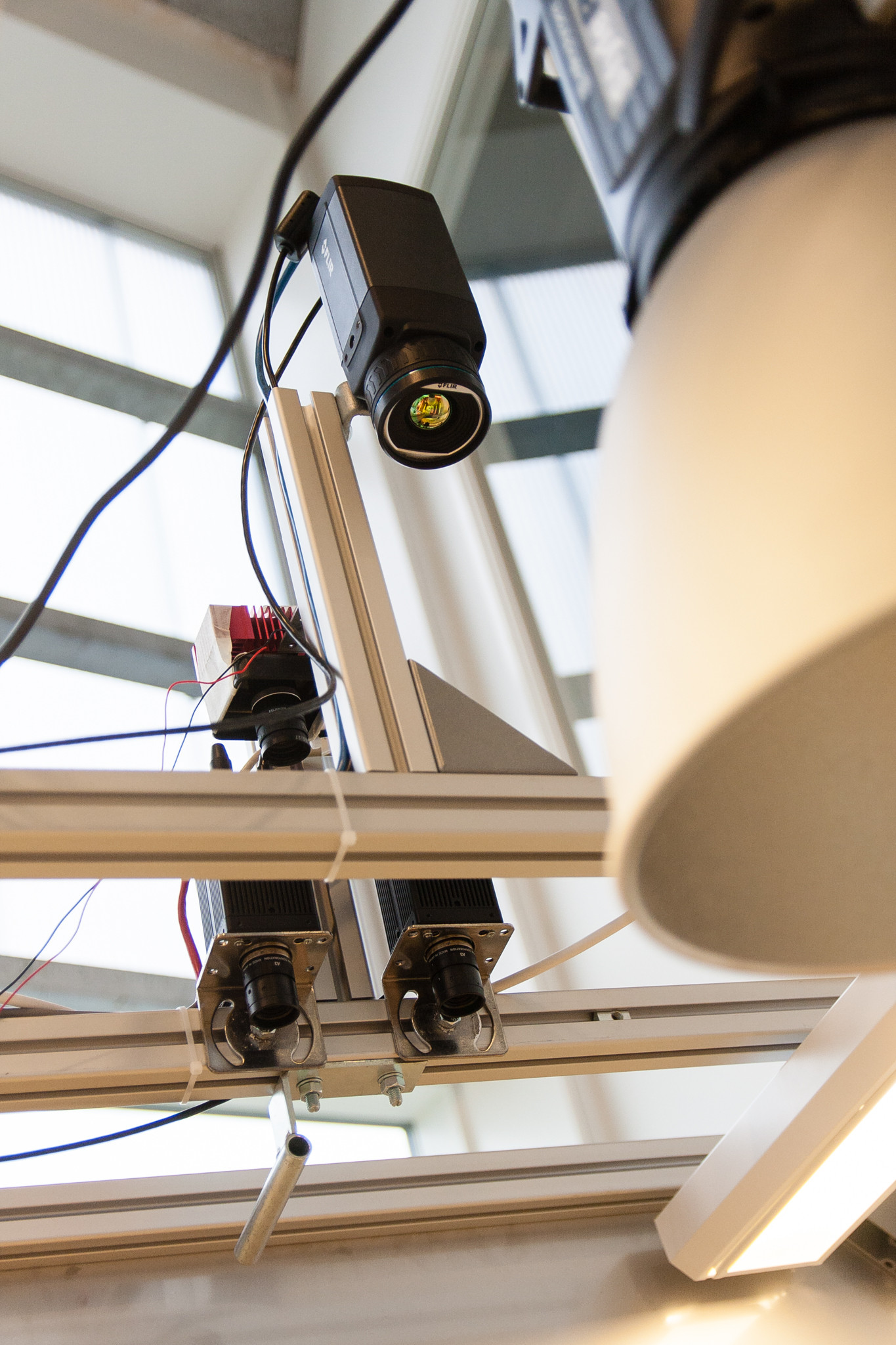 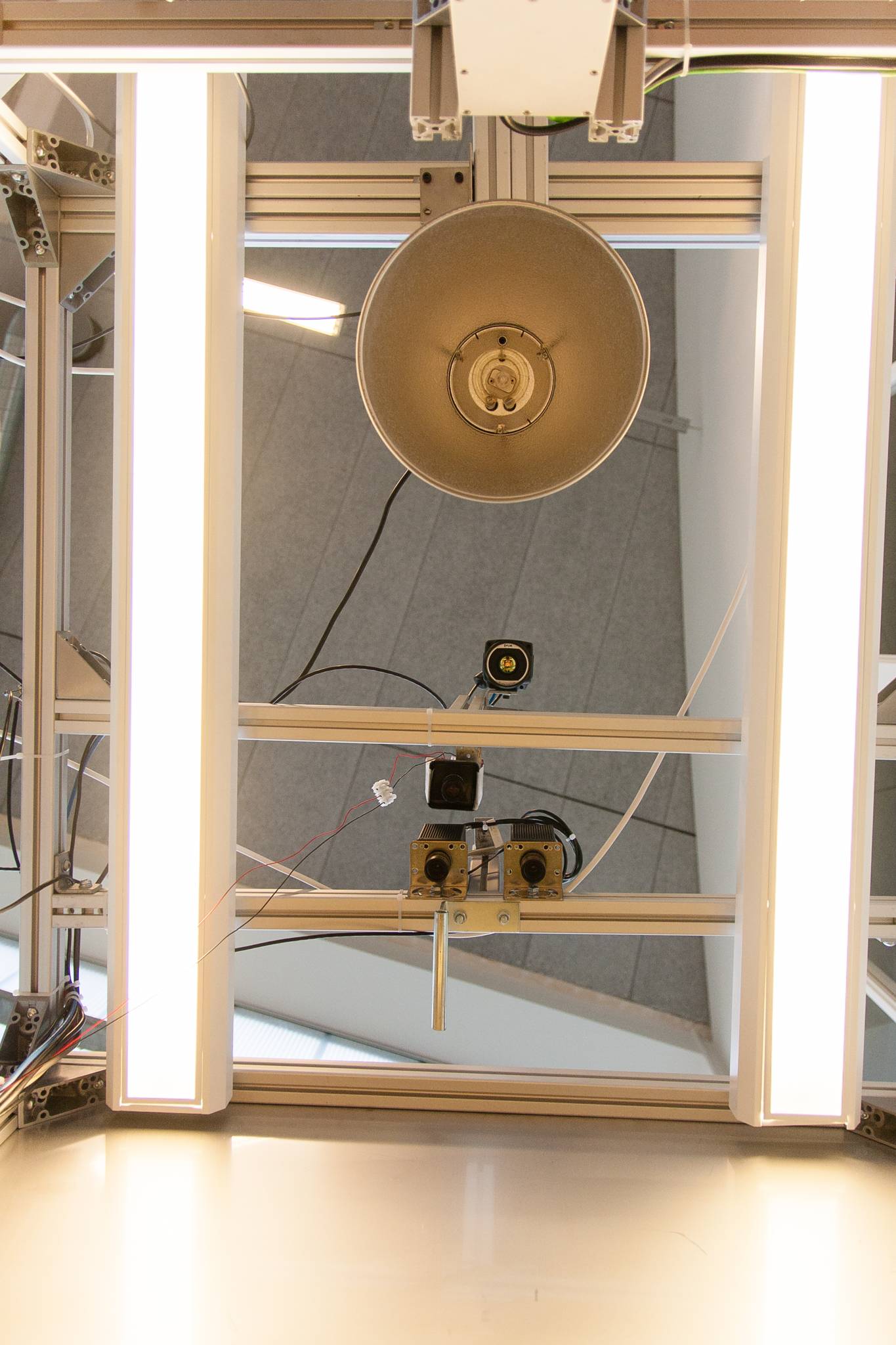 You can even mount things on a tractor this way: 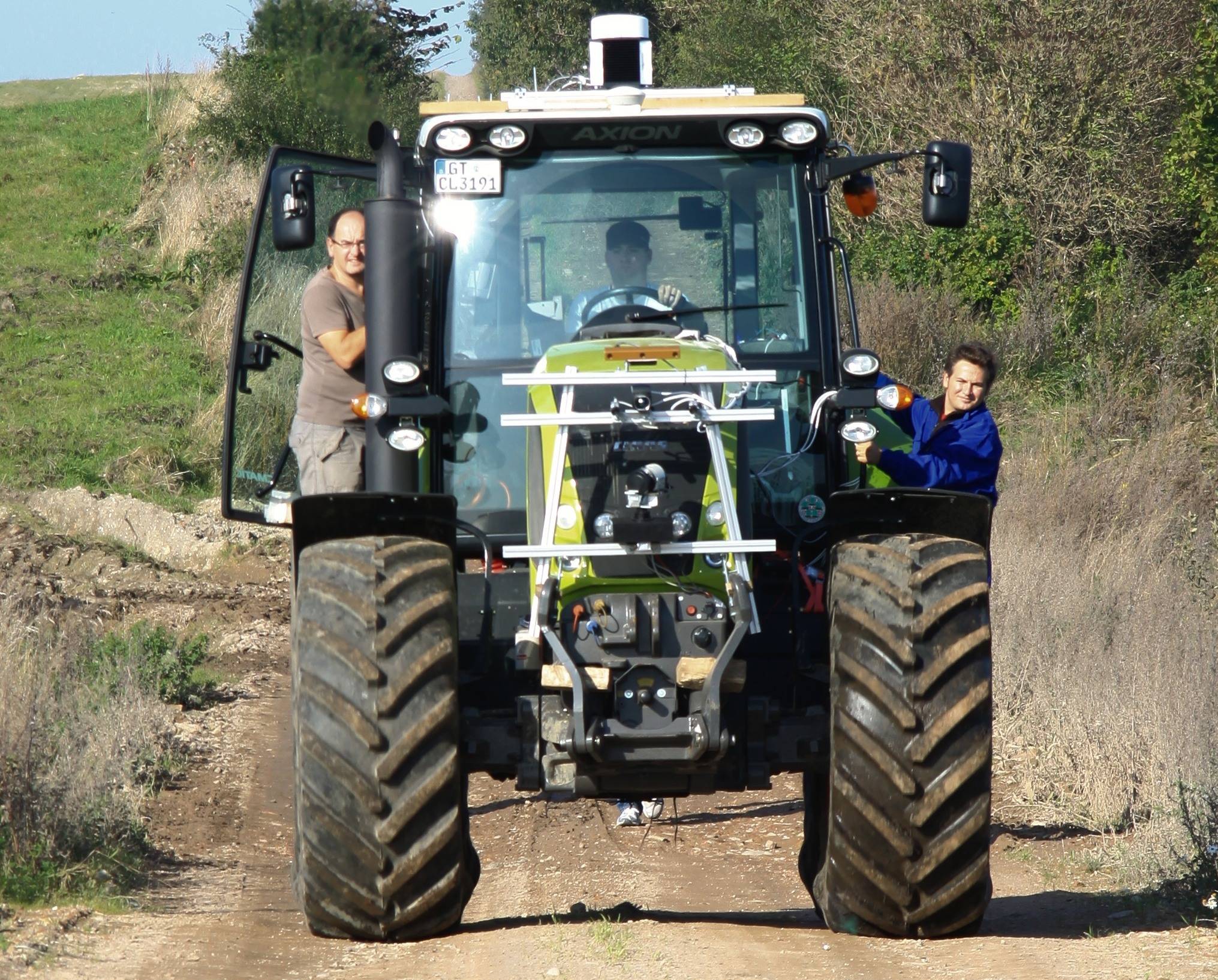 If this is overkill, you could make it from wood, where you can also adjust the placement of camera and light by drilling different holes.

*2. You could also glue the subjects to a board and place the board upright. Your placement of objects are then set "in stone". That has an advantage, that you can recreate the scenes.

If you have 4 flashes (and if you can't get it with just one flash bouncing off the ceiling), I'd set them at each corner, point them at the ceiling facing slightly towards the center of the table. Then setup your camera on a tripod high above the table to minimize the shadow from the camera and to minimize the apparent angle in the shot.

It may be necessary to tip the tripod over the table a little bit to keep the tripod itself from showing up in the shot depending on how much down angle you want.

It also may be necessary to use umbrellas or reflectors to return the light before it reaches the camera if you are getting too much shadow from the position of the camera. In this case, I would recommend increasing the amount of angle they are facing in at so that you get good even coverage of the center and all angles of each part.

It might also not hurt to use a ring flash to fill in the center if you can get your hands on one, though it may not be necessary depending on how much space you have to diffuse your 4 flashes over.

Not the answer you're looking for? Browse other questions tagged technique product-photography or ask your own question.

1
Suggestion for home studio lighting equipment/set up for ghosting(invisible mannequins) garments/product photography?
20
How can I photograph a reflective convex cylindrical trophy without reflections?
4
How to improve my product photo shoot to look like Apple's Mac Pro product site?
9
Shooting glass product with embossment
13
How can I take better pictures of myself at home with a mobile phone?