How can I achieve this style where the subject isn't blurred but bright lights will be light-painted? [duplicate]

I've been going through a company's photographer photos and I could narrow down two styles I'd like to develop and use in my shots, but I cannot figure out how he managed to do it:

It looks like it's using the same principle light writing uses but (also as far as I can tell, he is using a wide-angle lens for most shots), how did he manage to get everything to "rotate" but the subject in the centre of the photo? 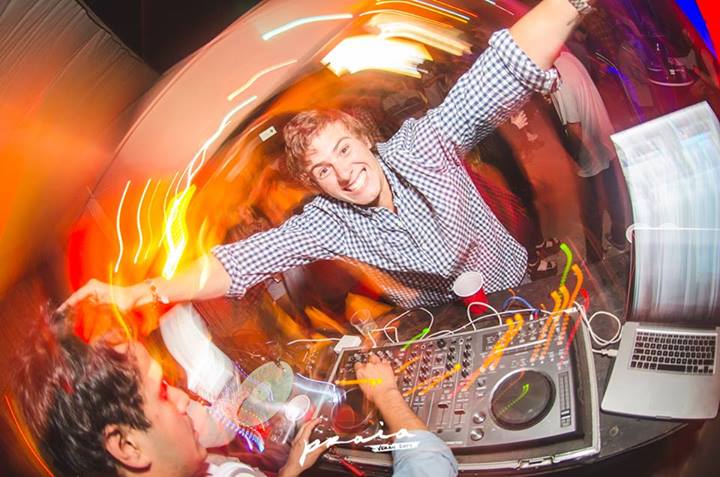 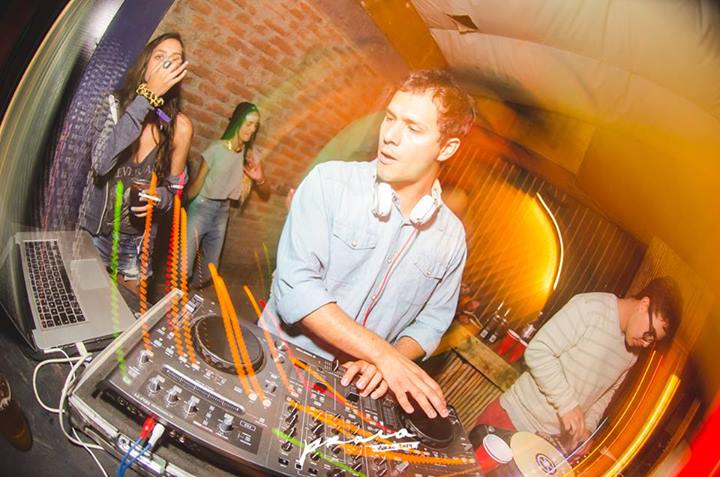 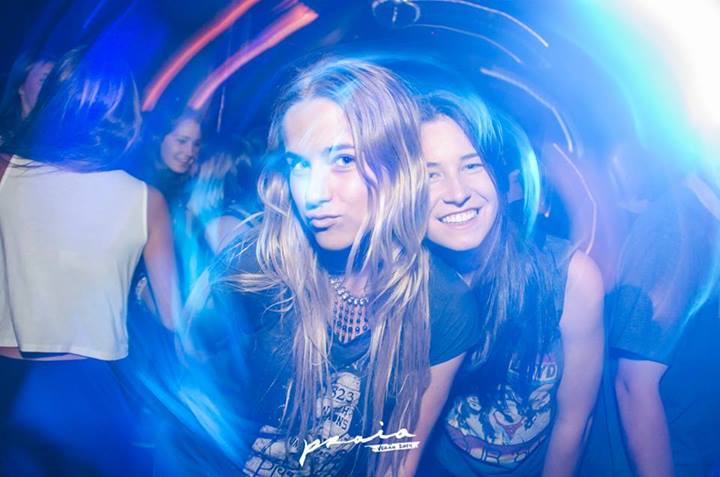 Style 1 looks like it's taken with a flash, but exposed for about 1-2 seconds assuming no flash (well probably -2 EV). The flash is set to fire at the start (or end) of the exposure, and the photographer then rotates the camera (around the axis of the lens) over the ~1 second exposure time. A clear image comes from the flash exposing it, and anything especially bright gets smeared in a circle.

I'd suggest setting up your camera in Manual mode, 1 second shutter, and appropriate aperture + ISO to under-expose the scene. Then use your camera's auto flash metering to let it expose the subject clearly. You may want to start rotating the camera before you take the image, so it's rotating at a fairly constant pace through the entire shot. On some point-and-shoot cameras this could be achieved with the "night portrait" mode (flash + exposed for scene).

Style 2 looks just looks like a normal flash-lit photo taken in a fairly large room. Set your camera to Manual mode, about 4 EV below the correct exposure for the room, and let the flash auto metering light the subject appropriately.

In both cases they're likely using a diffused flash pointed directly at the subjects, and probably set to underexpose a little. Perhaps using RAW and recovering highlights a little too, as there seems to be only a little "shiny white forehead syndrome".

Finally, they've applied a little warming effect to Style 2 (and perhaps adjusted colours in the others, but the coloured room lighting might be doing that all on its own). You can do this by sliding the white-balance sliders a little towards yellow (and maybe slightly magenta) or adding some kind of standard effect/filter.

Not the answer you're looking for? Browse other questions tagged shutter-speed light style shadows light-painting or ask your own question.

5
How can I create light trails without a blurry subject?
3
How does one do light painting with in focus subject? Maybe a composite?
6
How is the circular motion blur created in this Instagram image?
5
How can I capture blurry movement and freeze a subject in the same photograph?
3
What is the blurred light effect in this portrait?
0
Style with dim background, warmer tones and subject being almost the only light-emitter?

5
How can I take portraits in the style of Shannon Lee Miller?
4
What causes the dark halo around the copper part of the object in this photo?
0
Style with dim background, warmer tones and subject being almost the only light-emitter?
2
How to achieve this kind of softness in the details?
8
How can I achieve a light-painting portrait without the subject becoming translucent?
5
How can I photograph bright lights properly?