I'm interested in this kind of look. Does anyone know how it can be accomplished within Lightroom 5.

The photographers name is Rog Walker. Not sure if anyone is familiar with his work.

Since it is not clear which part of the look you want to recreate...

First, you need to shoot with a shallow depth of field (as already mentioned), and at 50mm to 85mm. A prime lens will work best, but just keep your aperture as low as it can get in the lens you have. That will give you the general feel.

In terms of processing, there are a few things going on here, which should be achievable in Lightroom.

Take the Saturation slider down (how much you need to judge with your eyes) to de-sature the image. You may also want to play with the Vibrance slider to increase Vibrance (after you have de-saturated). This is image content dependent however, but I find at times it has a nice effect in the reds/oranges (skin like tones)

If you look closely, in particular the first image, you will notice that whites aren't white, and darks aren't grey/black. There is image toning here. You can do this in two ways in Lightroom (Assuming you have LR 5, if you have an earlier version, only the first option will apply)

He seems to be using a lot of 'cooler browns' in both the shadows and the lights, so you'll need to play with both Shadows and Lights in the Split Toning controls, until you find a mix that you like.

If using the Tone Curves, switch from the RGB curve, to the Blues/Red/Greens. Target the Blues and raise the blackpoint. This will be a bit harder to achieve, but you'll have more control.

Raise the blacks. Look at the corners of the image, where the vignetting is stronger, and you will see that it is no where near black. This is achieved by raising the black point in the RGB tone curve up a bit. Also keep the overall contrast low, and bring the overall brightness down a bit.

This is both caused by the lens and wide aperture, but also by adding additional vignetting from the Effects panel. Make it round, and keep it in the center.

These are just some general areas that apply to the overall look. It is very content dependent however, as well as personal taste.

2. Color tome: With LR, it is possible, but tough. you will need to:

IMO, it's not that tough.

Try the bleach bypass or aged photo presets and ... yes ... a very fast lens will give you shallow depth of field. Or a telephoto at a wide aperture. The post-processing presets in Lightroom are ok for a start, but you'll want to fine tune them to get the drama you're looking for.

Edited to add: Here is an example of an image shot at f/1.8, then bleach bypass in LR, lower exposure a bit, and post-crop vignette. 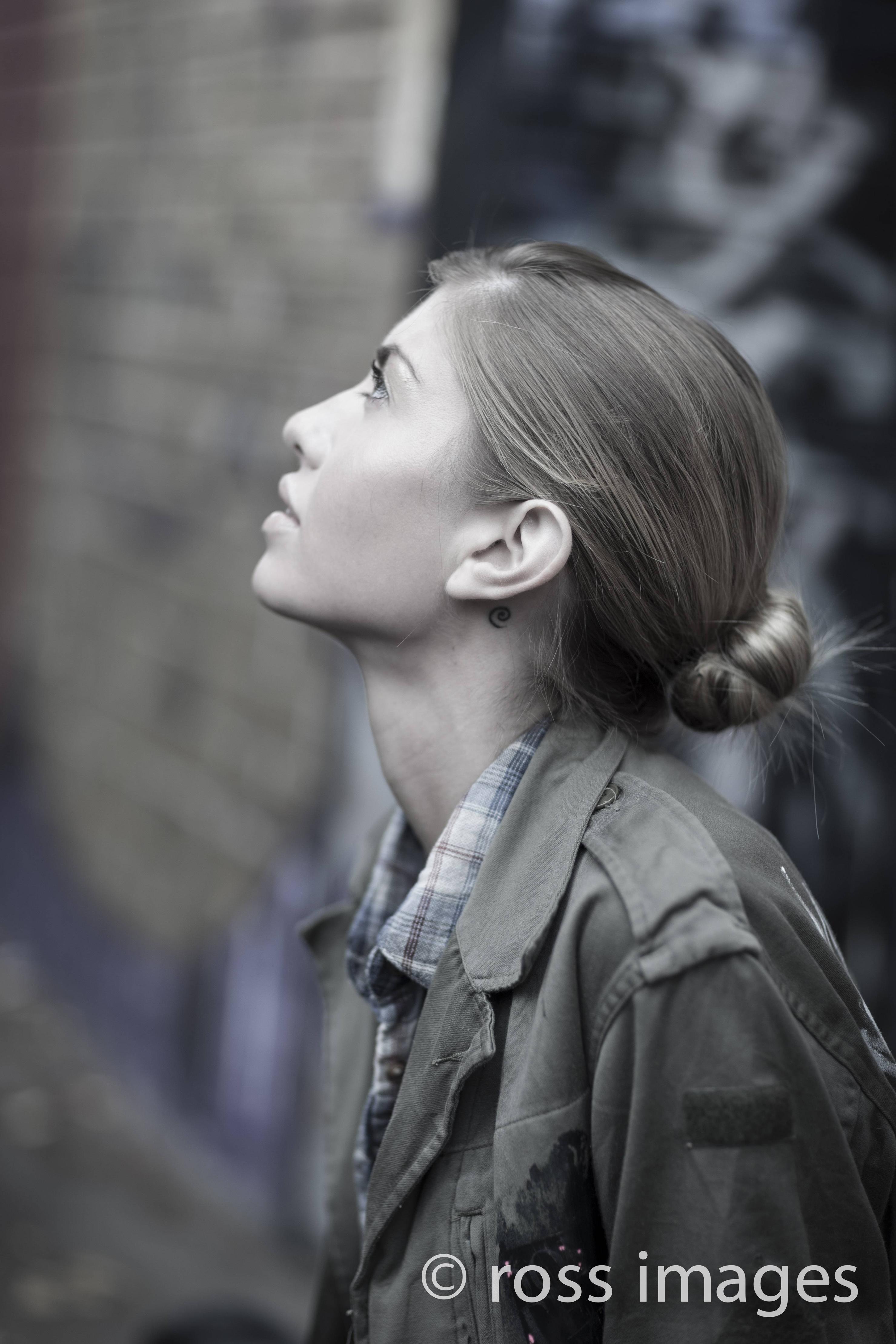 Not the answer you're looking for? Browse other questions tagged lightroom post-processing fashion or ask your own question.

5
How to achieve this specific metalic look in Photoshop?
17
How can I make colorful, “saturated” photos like this example?
11
How to create a cinema/movie feel?
13
How do I get this “Washed out” effect for street photography?
5
Does the liquid effect in these photographs have a specific name?
9
How do pros manage to make the color green so bright in their nature photographs?
4
How were these portrait photos edited to get this look?
0
How can I achieve this low contrast effect in Photoshop?
3
Getting this 1950s-esque photo style in post?
13
How to migrate from Picasa to Lightroom?