What is the benefit of a vari-angle LCD monitor on a camera? [duplicate]

Ask Question
Asked 7 years, 11 months ago
Active 6 years, 4 months ago
Viewed 9k times
4
This question already has answers here:
What are the pros and cons of an articulated display? (4 answers)
Closed 6 years ago.

Nikon D5100 (which I am thinking to buy) has a vari-angle LCD monitor. What benefit does it add? Can you take your own self-portrait snaps like this? Is it practical or is it a non-cashable worth-nothing feature?

It is useful when making pictures from unusual positions:

It can also be used to make shots from hip height without raising awareness of the subjects (they may think you are reviewing photos or changing settings, when in reality you are framing them...)

I use my camera's LiveView display only when I also need to use its tilt-feature. Otherwise the rear screen is nearly useless to me.

These situations come up for example nearly every time I use a tripod, and especially when I aim the camera up towards sky (stars) and it soon becomes physically impossible for me to get a good look in the viewfinder, or even at the LiveView display if it is pressed against camera back. For me it is of crucial importance to have it tiltable. 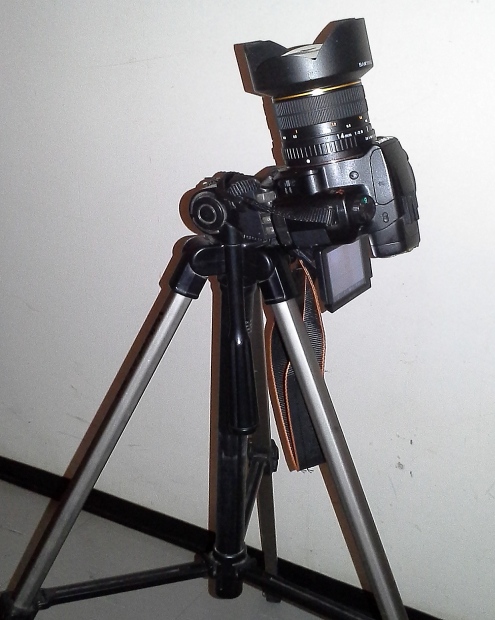 ^^ Camera aimed almost vertically up on a tripod.

Another use case is when photographing in a dense crowd and you still want to see what you are aiming at. Camera in your upraised hands you just can't see what you are shooting if the rear display is fixed to camera body. 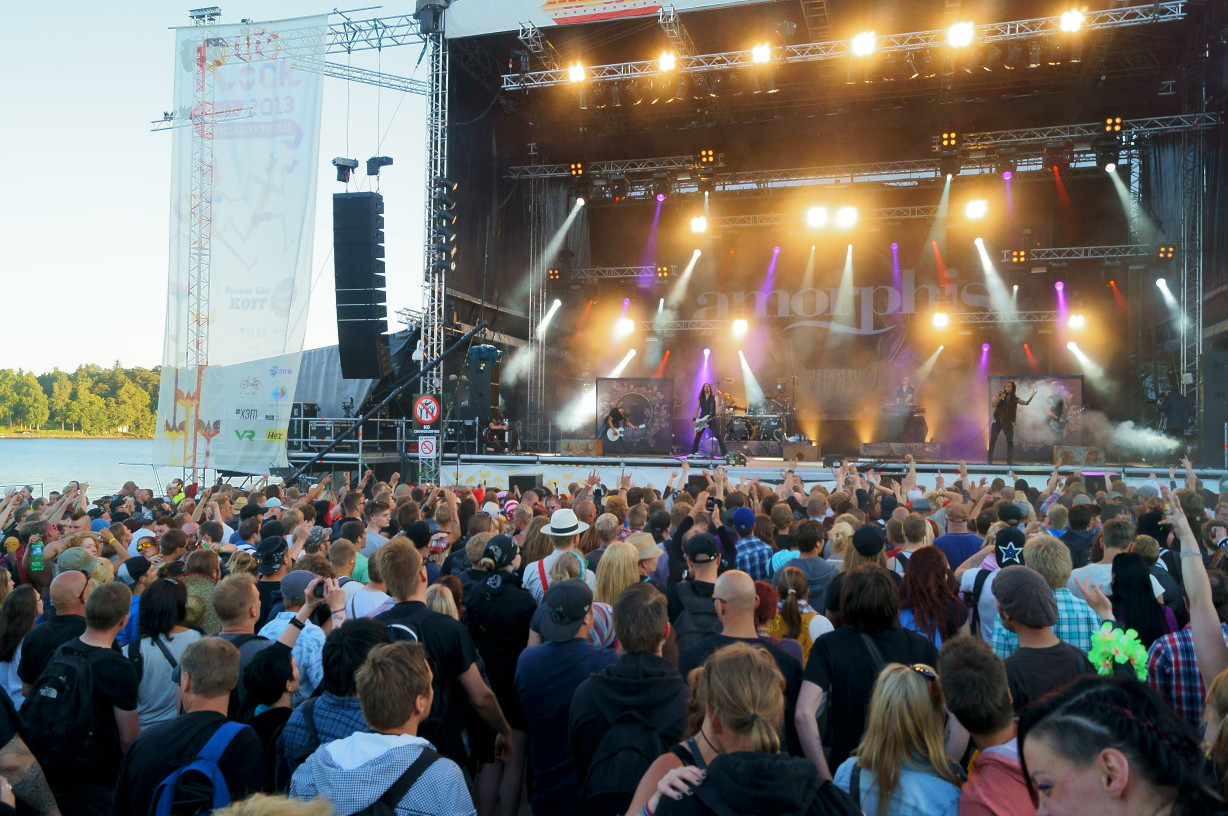 ^^ I'm standing on the ground just like everybody else.

With a vari-angle (fully articulated) rear display you can do even more of these odd angles with your camera, for example the same as in my use cases but now the camera in portrait orientation; that is not possible with just a tiltable display.

I find it difficult to frame a self-portrait with a flip-around LCD screen simply because, from five or ten feet away, it's so small. I may be able to roughly tell if I'm in the frame, but not always. It might help with the arms'-length selfie, but I'd rather use a lightweight phone for this than an SLR.

Having an articulated screen makes composing and photographing with the LCD vastly more convenient – but how useful that is depends on the Live View capabilities of the camera. A camera primarily designed for through-the-viewfinder shooting, like most SLRs, suffer speed and battery-life penalties when working this way. Most people who I see using this style of camera seem to predominantly use the eye-level optical viewfinder.

My personal experience: I've used the flip-out screen on every camera I've owned with that feature. I especially like having it on compact or mirrorless cameras that are designed to work through their LCDs, as I'll typically carry my shoulder bag in front of me and cradle the camera on top of it, which gives better stability and a different perspective. I also use it, combined with a cabled shutter release, to take photos with the camera on the end of a pole held a metre or more above my head; the camera that I do this with is an older one that I rarely use but keep specifically for this ability. I absolutely consider it an important feature, and while I own many cameras that can't do this, would always choose one that can if that's the major difference.

When you hold a camera with a viewfinder to your eye, your arms are close to your body and it's easy to hold them steady.

If you are using the rear screen for composing your photos (in Live View on a DSLR, or in normal view on a mirrorless camera), and you lift the camera to be able to see the back correctly, you now probably hold it out in front of you by a foot or so in order to have a comfortable viewing distance. This is inherently much more wobbly.

If the LCD screen tips up, though, you can hold the camera much closer, at chest or even waist level. It's more stable that way, and still comfortable to look at.

LCD screens which tilt/angle in more ways than that are useful for shooting in other more awkward situations — over your head, or with the camera near the ground. I do kind of miss this from the Olympus C5060 I had before I got a DSLR.

I use a D7000, a first class camera and has everything I need except a tilting LCD. Being somewhat disabled, I cannot get low down to get the pics I want nor can I stand for long. Recently took some macro shots inside and a tilting LCD would have helped enormously. I do use the LCD for fine manual focusing of still lifes on the tripod. I have no intention of upgrading my camera until Nikon bring out a tilting LCD on a 'serious amateur' camera. It won't solve all problems but it would widen the scope of photographs I could take. The D5000 series doesn't quite cut it for me good camera though it is.

Just to present an opposing view, since I appear to be in the minority: I strongly dislike flippy screens.

My definition of usability is if I can use it while wearing my heavy winter gloves, or while flying in a helicopter, or both; I think it's a feature that may look cool on store shelves, but not while climbing a mountain. To me it just seems unnecessarily fragile—the point of a DSLR is to take the picture, in any conditions, and retain as much data from the scene as possible.

That said, I have used the D5100, it's a great camera, and the screen suits the feature-set and design intentions of the camera. The sensor is fantastic, so it's a camera that will grow with the user for a long, long time; the only thing it lacks compared to the "Enthusiast Level" cameras is the controls and a few extra features (like flash commander) that make the camera a better work tool in a dynamic environment.

If you have the time to sit down, plan things out, and shoot fully manual, the D5100 will take exactly the same photo as the D7000, for just over half the cost.

It has become a valuable tool for me, not forcing me to physically try to get that lower angle shot during shooting in front of stages.Hold the screen in left hand,(portrait mode)and move camera body at the pivot point,looking at the screen to find my target.Also that method of use comes in handy in other situations where a lower angle shot is desired.

Not the answer you're looking for? Browse other questions tagged camera-design rear-lcd or ask your own question.

4
What are the pros and cons of an articulated display?

2
How do I turn the rear LCD monitor on my Nikon D90 back on?
2
How to more easily view the rear LCD?
4
How do I keep the Quick Control screen from constantly appearing on my Canon 60D's LCD monitor?
2
Can I calibrate the D7000 LCD brightness to better match my monitor?
0
How can I make it easier to see the LCD of my Nikon camera in bright sunlight?
1
Can you set a timeout on the Sony A6300's LCD screen?
3
What is the 'N' icon on rear LCD of a Nikon D7500?
0
What Nikon DSLR has this colorful user interface on the rear LCD?
2
Will an external monitor on a D7500 display what is shown in the live view?