What is the difference between Digital Blending & HDR technique

I have come across these techniques recently but can't see the point of doing one with a software and another manually with a photoshop tool. Basically what we are achieving is "expected" exposure for the complete picture with different pictures combined in different exposure settings.

IF the method is almost same why different name? In one way digital blending looks similar to combining of two different pictures to me.

Kindly correct me if my point of view is wrong. Thank you.

Generally, digital blending involves the use of a generic image editing software and, via layers and transparency masks, selecting the properly exposed parts of each image.

On the other hand, HDR is an automated process in which the total dynamic range of the image is extended beyond the "normal" scale to contain all the tones of the scene. The HDR image is then tonemapped to reduce its dynamic range while preserving the "dynamic" of the image.

In short, they try to achieve the same goal (correct exposure of highly dynamic images) but with different processes and results. HDR usually depends largely on the tonemapping algorithm used, and can produce realistic as well as fairly innatural "painting-like" images. It usually also have the side effect of increasing the noise.

High Dynamic Range Imaging (HDR) has been around in one form or another since the 1850s. Gustave LeGray took multiple exposures of seascapes and combined them to render both the brighter sky and the darker water/seashore in the same print. In the mid-20th century Ansel Adams and others used dodging and burning, or what we call manual tone mapping, to raise the technique to a high art form.

Unfortunately, most people seem to think HDR means only the recent development of making a high-dynamic-range luminance or light map from multiple digital images exposed at different values using only global image operations (across the entire image), and then tone mapping this result. This type of digital global HDR was first introduced in 1993 resulting in a mathematical theory of differently exposed pictures of the same subject matter that was published in 1995 by Steve Mann and Rosalind Picard.

What is known today as Digital Blending is one way to accomplish High Dynamic Range Imaging.

Each technique uses different approaches to the problem of a scene with more dynamic range than our current technology can reproduce using conventional techniques. Which one, if any, you choose to use should be based on what you wish the final result to look like as well as which fits your workflow the best.

See the halo around the balloon in the picture below? That is the result of global tone mapping of a single exposure to make the much darker balloon closer in brightness to the brighter sky. If I had used other techniques, such as digital blending, exposure fusion, or even manual cut and paste from different layers developed at varying amounts of brightness then the sky would remain the same brightness all the way to the edge of the balloon but the boundary between the sky and balloon might look like the balloon was cut from another picture and pasted onto the picture of the sky. 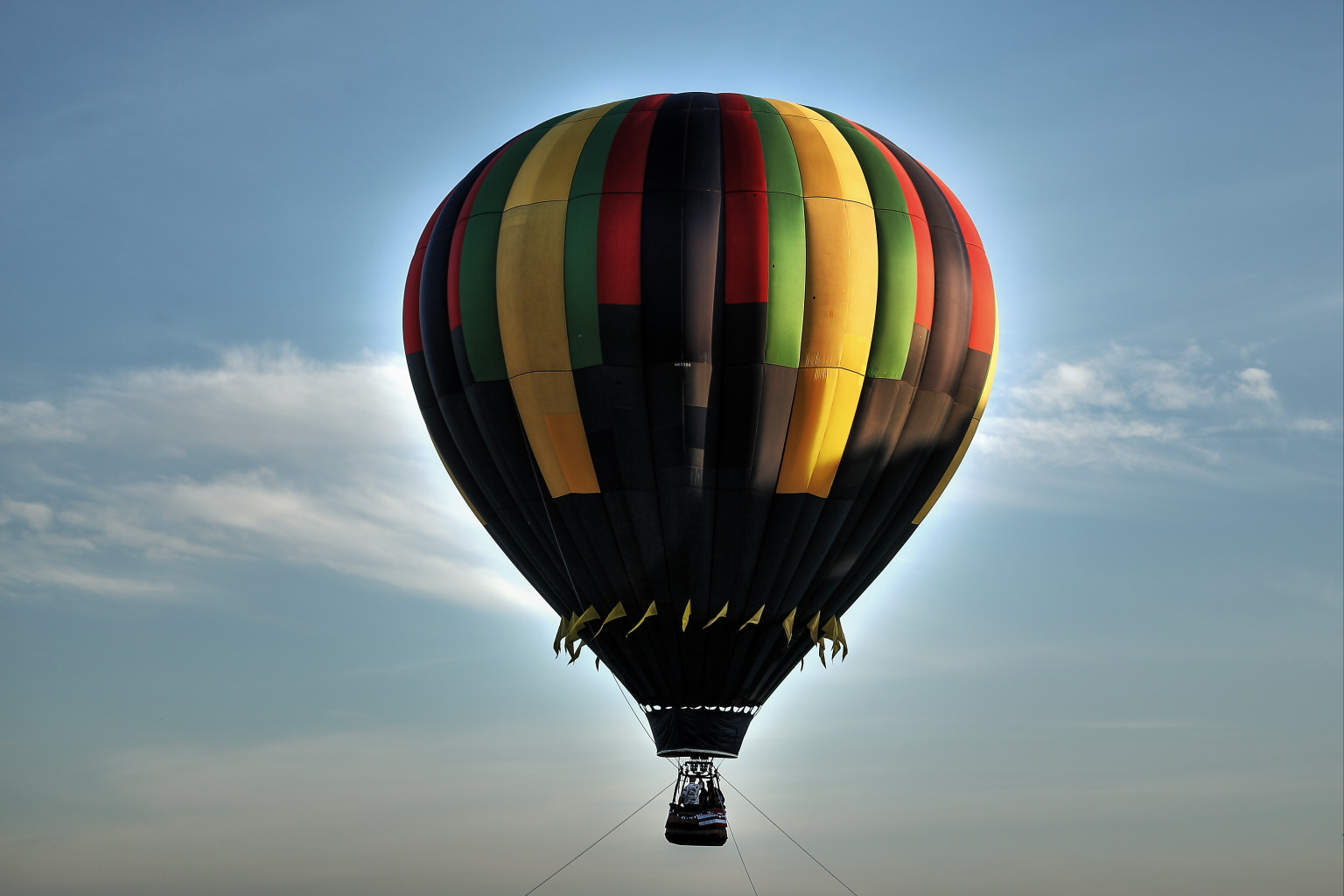 High Dynamic Range (HDR) is the result of combining multiple images (the how varies) to get a single image that has more dynamic range than is normally possible in a single shot. There are several ways to do this, one is via tonemapping, which is what most people think of when they hear HDR and another is to mask it with layers. Each offers their own looks, have their own pros/cons, but are also both HDR.

There's a good, albeit long, discussion about HDR on youtube.

2
Is "exposure fusion" different from HDR?
1
HDR vs photo blending
18
What is HDR photography?
5
How did John Cheng create his photograph of Simone Biles at the FIG Gymnastics World Championships?
6
What's the use of exposure bracketing in film cameras?
3
Is tone mapping automatically applied to RAW images?
3
How to adjust exposure for both the sky and the landscape?
1
Post-processing goal: three different exposures?