In the last month I've noticed a black fuzzy spot in every picture. Below is an example. That is not something on the wall - the dot moves and shows up in other pictures.

It only shows up when zoomed in and gets progressively lighter as I zoom out.

So I assumed it was something on the lens, but cleaning it didn't change anything. I don't visually see any scratch or debris. I don't think I ever took the lens off since 2007, but I removed and gently blew some compressed air into it. No change.

Any other ideas? The camera has never been dropped or damaged.

One other odd thing is that periodically, I'll see an extreme blue tint if I pick the camera up after a long period of time and snap some pictures - that has only happened once or twice in the last couple of years though and could easily be a low battery or temperature issue (I haven't really documented it). 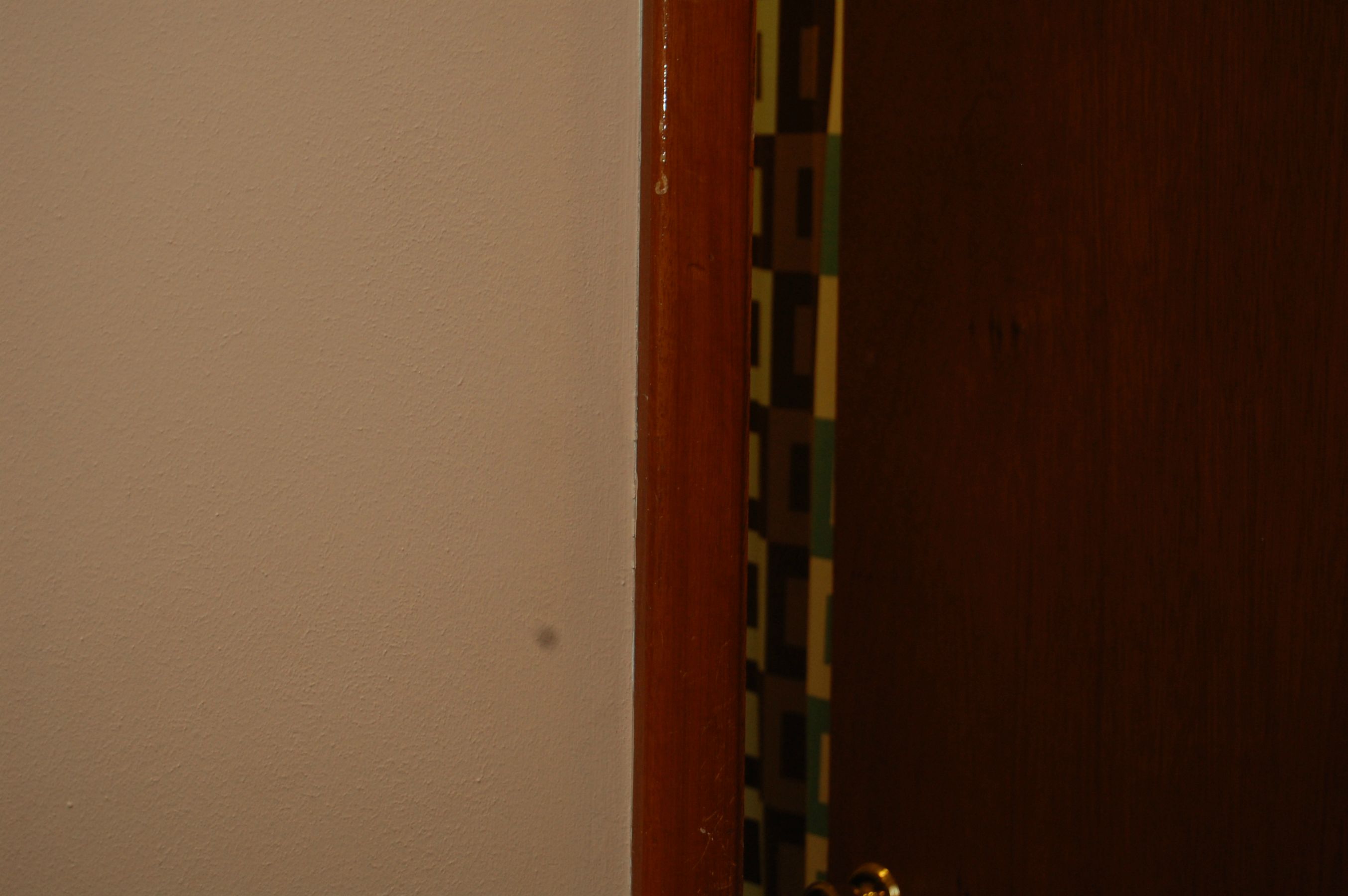 That looks like dust on the sensor. I'm guessing that it becomes more visible as you zoom in because the stock lens has a narrower aperture at higher focal lengths, and narrow aperture makes dust more apparent.

The blue tint is something else and probably deserves its own question, especially if you can post an example.

just another tipp, as you will probably clean your sensor anyway:
close your aperture as much as possible and take a photo of a white piece of paper. this way you could find other dustparticles and remove them right away.

2
What are these dark spots in my pictures?
28
Why use a small aperture when trying to see sensor dust?