I believe that I would benefit from the USM, for achieving focus quikcly as I am usually shooting moving subjects and my current lens is a bit slow.

How can I assess if the upgrade would be worthwhile? What improvements I could expect (with regard to quality of the pictures, AF, quietness, build quality....) stepping up to the 70-300 lens? Are there any downsides to consider?

You can compare them directly using a tool such as the one found at the-digital-picture.com.

The review for the Canon 55-250mm also directly compares the two lenses you are asking about, but also directly compares them to the Canon 70-200mm f/4 L lens. I would strongly advise buying the 70-200mm f/4 L lens instead. It is a constant f/4 maximum aperture, does not have image stabilization, but has excellent image quality when compared to either of the other two lenses you mentioned. The 55-250 and 70-300mm f/4-5.6 are very similar lenses. The 70-200mm f/4 lens on the other hand is in a class above both and really will give you that jump in image quality that would make sense instead of a jump that you may not even notice.

There is very little optical performance difference between these two lenses when both are mounted on an APS-C body. The only difference is the range of focal lengths each offers when both are used on an APS-C body. I personally don't think it is worth an additional $350+ expense (assuming you can sell your current lens for a good price) to move from the 55-250mm to 70-300mm when the EF-S 55-250mm f/4-5.6 that you already own costs less than half the price of the EF 70-300mm f/4-5.6. In fact at 100mm and below the 55-250 is sharper at widest aperture than the 70-300. At 135mm and above the 70-300 is slightly sharper than the 55-250 when both are wide open mounted on an APS-C Body. The 70-300s greatest advantage in sharpness comes at the long end of both lenses focal range. Here's the side-by-side comparison at 100mm and f/5. You can change the focal length and aperture of each lens to compare each at other settings.

One of the factors to consider when shooting moving objects with a telephoto lens is the lens' maximum aperture: the wider the aperture the 'faster' the lens is said to be because you can select a faster shutter speed for the same ISO. A wider maximum aperture also gives your autofocus system more light to work with, which usually means faster focusing. Neither of these lenses is great in that regard. A 70-200 constant aperture zoom gives you the ability to use faster shutter speeds at the longer focal lengths and that is where you need them most. Not only are you fighting the motion of your subject which is magnified with longer focal lengths, but you must also consider that the narrower the FoV of the longer lens, the more the same amount of camera motion will blur your pictures. At 200mm an f/4 lens allows you to use a shutter speed twice as fast as an f/5.6 lens, and an f/2.8 lens allows a shutter speed four times faster. The difference between 1/250 second and 1/500 second shooting athletes from the sideline is significant, and the difference between 1/250 second and 1/1000 second is huge.

If you eventually see yourself moving up to an "L" series level telephoto zoom, I'd advise you stay with the 55-250 for now and save the extra money towards the eventual purchase of the lens you ultimately want. If you have no plans to ever move past the 70-300, then it might be worth the cost of upgrading in terms of durability and the very marginal increase in performance.

The following is an attempt to illustrate the difference the extra aperture and higher resolution of the Canon "L" series 70-200 zoom lenses offer over lenses such as the 55-250 or the 70-300. I tried to find photos taken near in time to each other with the same camera body but the two different lenses in order to remove the variables of a better camera body or an increase in my own skill level. 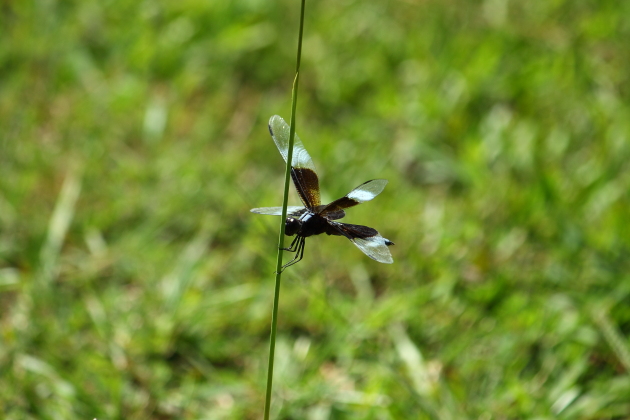 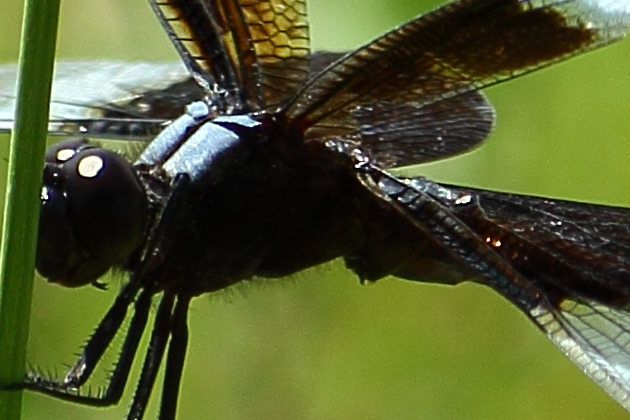 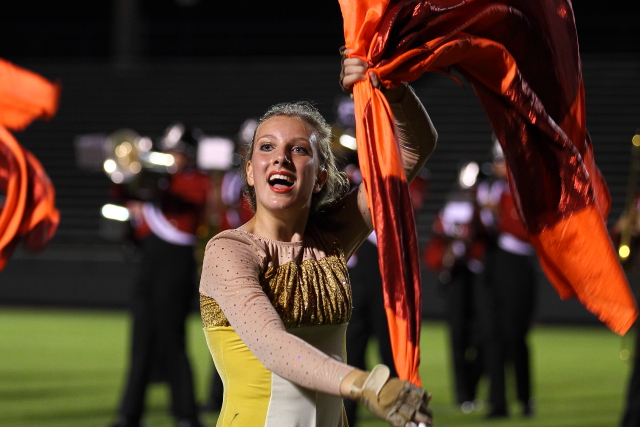 And a 100% crop. You can see the weave of the fabric, even with moderate NR applied due to the low light! And this is at f/2.8. Three stop stops wider than the above photo taken at f/8. 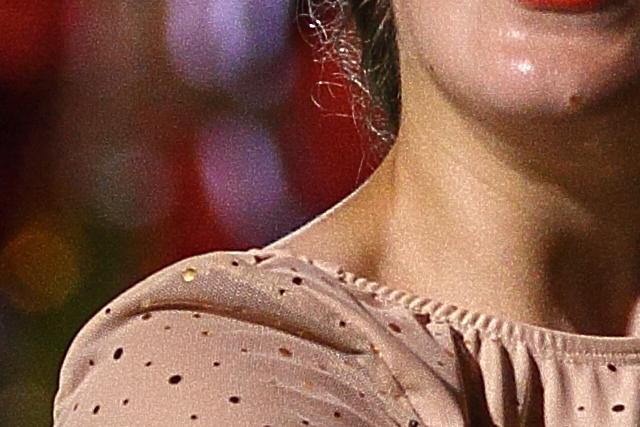 With the 55-250 or the 70-300, the lens would have been at f/5 at the focal length used for the second shot. To get the same exposure the Tv would have been 1/60 second, and the camera's Phase Detection AF system would have had to work much harder to achieve focus through the narrower lens, if it could have achieved focus at all. Even if it focused just as accurately in the same amount of time, the 3.33x longer Tv would have meant the hands and flag would have moved 3.3 times as far during the exposure and thus they would have been blurred even more than they were at 1/200 second.

Then there's always the odd occasion when you want to photograph a pilot at an air show flying like his hair's on fire at 200 mph and 3/4 mile away - at night! 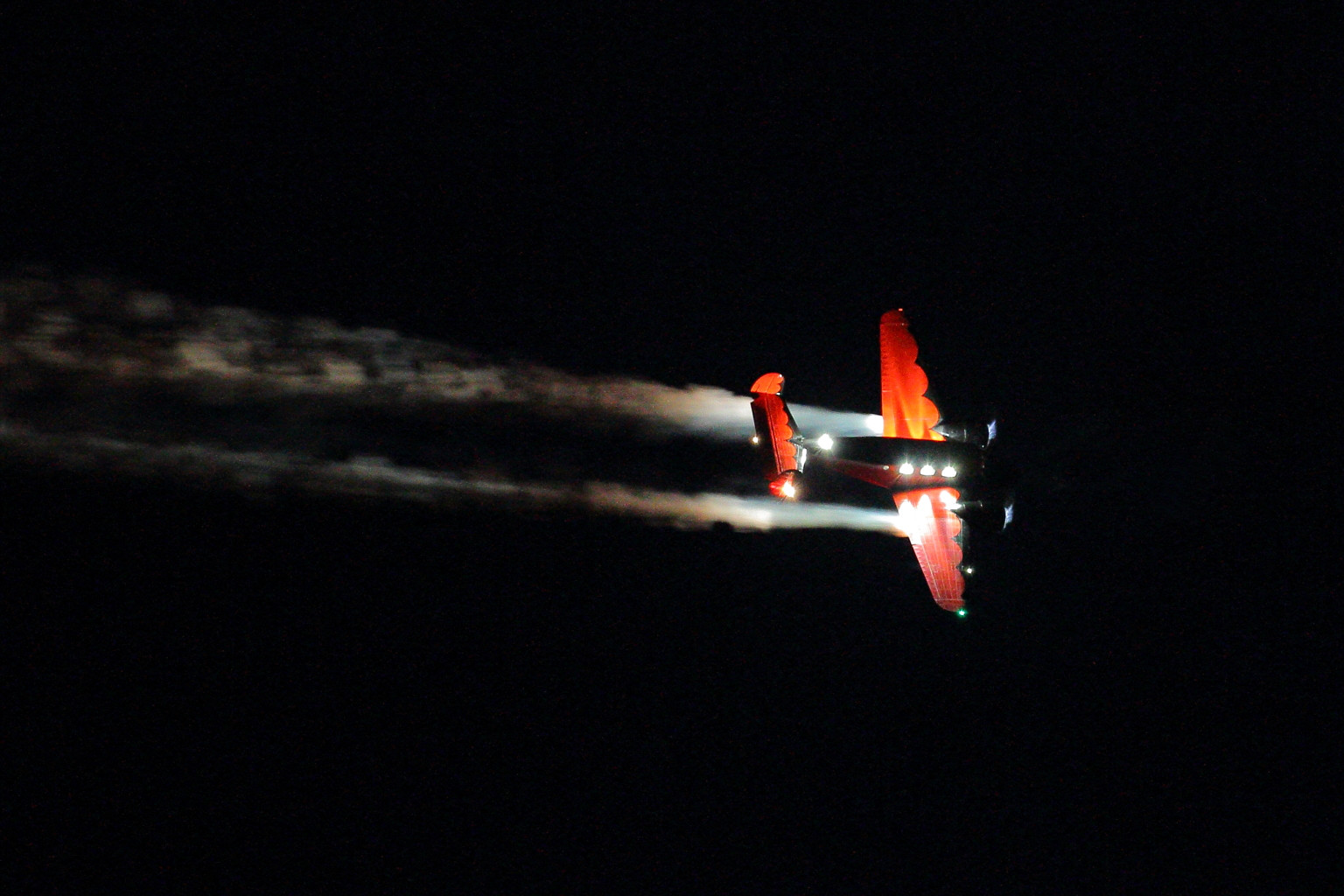 I upgraded from the 55-250 to the 70-300, and it's a minor upgrade, both in reach and performance. If you can give up the reach, the 70-200 f/4 would be sharper and faster, but you'll give up IS, too, so I think ultimately, the decision hinges on your budget and intended usage.

Based on my experience with the 70-300, it's not without its faults: it's slightly soft wide-open, and its variable maximum aperture isn't as fast as you might always want, but it's also very reasonably priced, and when it's used correctly, I've had some decent results with it. 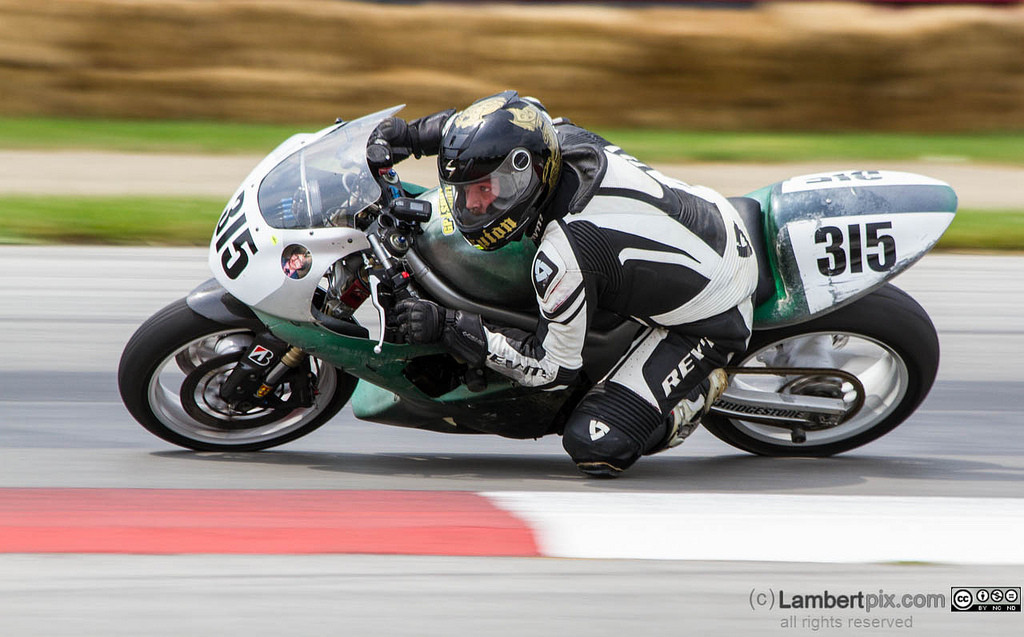 As an owner of the 70-300 f/4-5.6, it is an underwhelming lens compared to the better offerings that Canon has. It's the best bet for a cheap telephoto for FF but doesn't really offer much advantage over the 55-250 for APS-c (which isn't terribly surprising as the 55-250 was precisely designed to be an alternative to the 70-300 for APS-c that would cover roughly similar effective focal length to that of the 70-300 on FF.)

Both color reproduction and sharpness are significantly sub-standard compared to any of the higher end Canon optics. I replaced mine with a 70-200 f/2.8 IS II and even with a 2x teleconverter, the quality from the 70-200 was still significantly superior to that of the 70-300 at 300mm (150x2 on the 70-200). It is also worth pointing out that while the USM feature of the 70-300 does allow for fairly quiet focus operation, the focus is both very loose and also not Full Time Manual (which is available on every other USM lens I have).

As others have mentioned, unless you really need that extra reach, you are probably better to stay with your current lens and save until you can invest in the 70-200 f/4L or possibly a long f/4 or f/5.6 prime.

Not the answer you're looking for? Browse other questions tagged lens canon or ask your own question.