Is there software that can calculate the range of zones in B&W photo?

I'm looking for a software (windows or mac) to calculate the range of zones (Ansel Adams' Zone System) that exist in a given black and white photo.

For example, software that would take the photo and says that this photo contains X zones of tones.

It isn't quite the report-oriented output you're asking for, but you can do something similar with LightZone, an open source (formerly proprietary, but the company went belly-up) RAW conversion program for Linux, Windows, and Mac.

This screenshot shows the zonemapper tool, and you can see visually how different zones correspond to parts of your images, and make adjustments in a workflow designed around the Zone System. It's a little hard to see exactly (click for bigger view), but the top left mini-window has grayscales flattened into the individual zones, to make it easy to visualize. 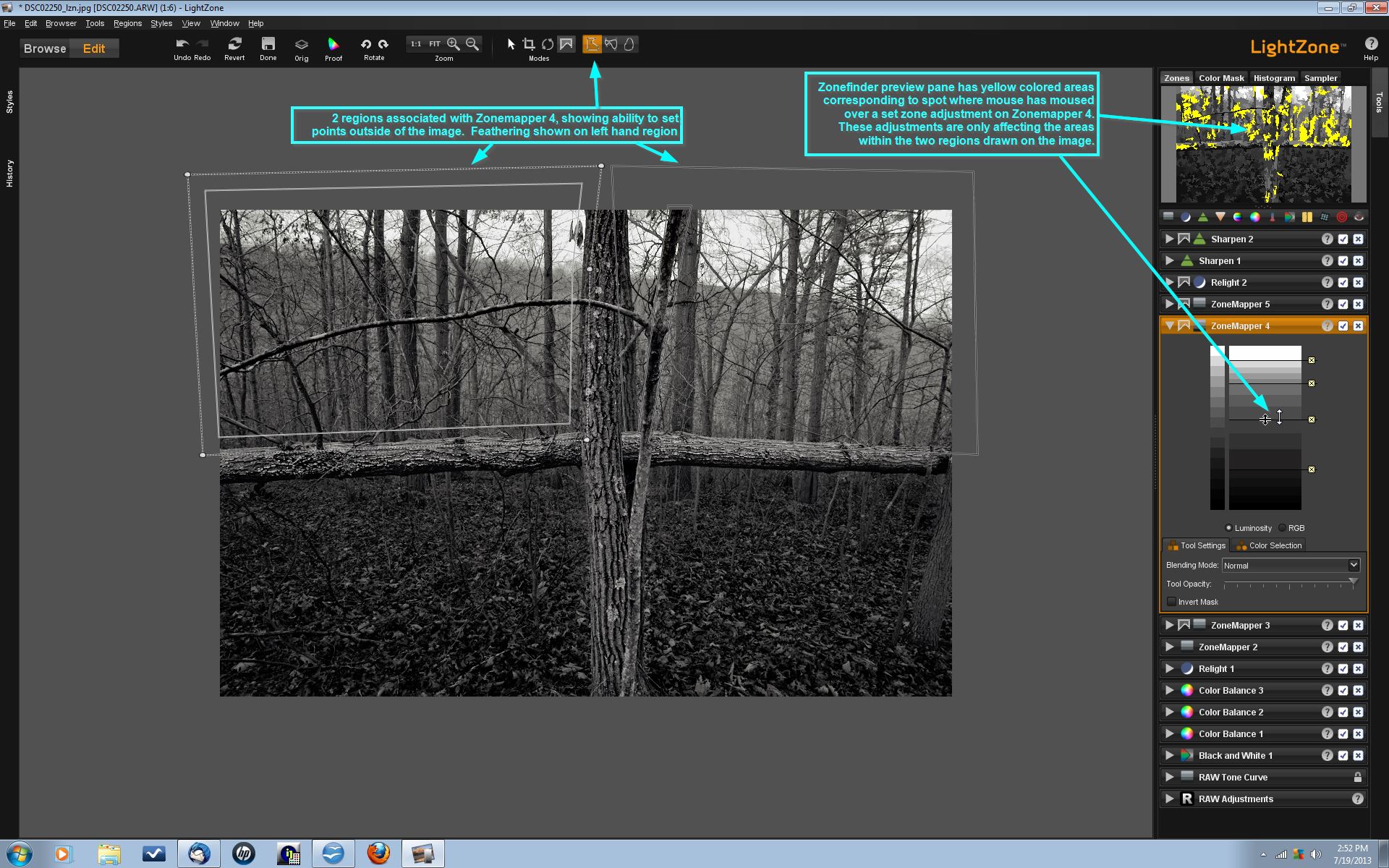 Also, LightZone doesn't precisely use Ansel Adams' zone system, so the 11-step scale (traditionally in roman numerals from zero to Ⅹ) is replaced with a 16-step one. These are in half EV stops instead of the full stops, and middle gray is pushed towards the top of the scale. That's not a design choice I would have made, but there it is. (The justification they give is that this is better suited to computer screens.)

Not the answer you're looking for? Browse other questions tagged software-recommendation zone-system or ask your own question.

10
What can you do with embedded GPS locally?
15
Why should I use the Zone System when the histogram gives me all the information I need?
3
Does a YCbCr color picker exist for Windows or Unix?
3
Comparison list of tagging & editing methods in photo management software
2
Silver Efex Pro competitors
12
How do the 11+ stops of dynamic range from a modern DSLR fit into the 10 stops of the zone system?
4
Is there free software to compare gamuts?
1
Is there free Windows software that can be used with a NEC MDSVSENSOR3 colorimeter?
0
How to find the dynamic range of a scene (not camera sensor) from a photograph?