Could a phone-camera have a medium-telephoto lens and still fit in a phone?

[to keep it simple, all focal lengths noted are 35mm equivalents; crop factors for phone cameras are about 7-8x, give or take] 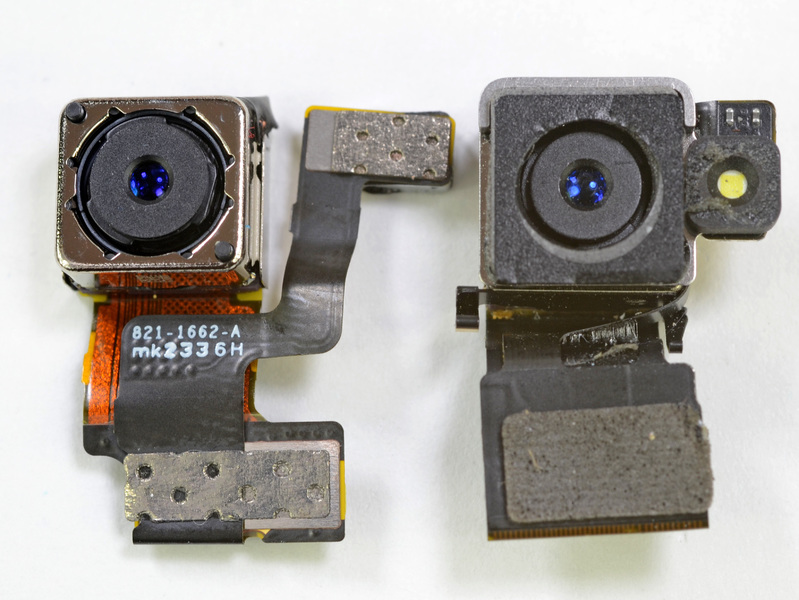 Sure, there's the Samsung S4Zoom with optical zoom (essentially a consumer digital camera), but I'm wondering if some of those improvements in camera can be had with less weight/size/etc.

I'm wondering whether a longer (and no doubt slower) prime lens might be possible in a similar physical form-factor to the existing fixed wide-angle lens+sensor units, so that a phone could have two cameras, one wide one telephoto.

I guess its kind of analogous to using 2 DSLRs with a 35mm and 85mm prime vs one DSLR and 24-105mm zoom. Various trade-offs, which aren't really the point here, but different ways of tackling the same problem.

Along side the typical ~35mm camera, a ~70mm telephoto one would give you the effect of (instantly) changing between the two prime lenses. It'd be a big quality bump for telephoto photos on camera phones, even if you did still use a little digital zoom/cropping.

The physical size of a lens tends to increase with maximum aperture (a physical necessity) and, at least in the 35mm/film world, it increases as you move away from about 50mm. I imagine there's a similar 'sweet spot' for the tiny camera-phone sensors too (probably around 30-35mm by design, though perhaps more flexible given they don't need a fixed flange focal distance). As I understand it, this is (to some extent at least) driven by the different lens designs needed to achieve high quality at specific focal lengths & aperture combinations (wide-angle and telephotos share some of their design, only mounted in reverse).

So I'm keen to know if a similarly small lens+sensor package could be designed with a focal length around 70mm or so, keeping similar image quality to say the Sony/iPhone sensors above. Is this an impossibility due to lens design limitations? Would it need to be many times larger? Or have smartphone manufacturers simply not had any need for a telephoto lens (with a single fixed lens, wider is easier and more useful in a consumer phone), so simply not bothered?

So anyone who understands lens design for those tiny sensors, how realistic is something like a ~70mm ~f/5.6 (equivalent) sensor+lens without significantly expanding on the form factor of the phone cameras above? (at least one dimension ~6mm, even if it gets a bit wider or uses a mirror and is mounted sideways) What design factors will likely ruin this idea?

I would think it would be more compact to design two different sensors that could move back and forth behind a single lens. Rather than the 35mm equivalent of 35mm and 70mm, which is only a factor of two, I'd go for around 30mm and 90mm for a factor of three. The larger sensor would be used for wide angle shots and the smaller sensor, which would have denser pixel pitch, would be the telephoto. Of course putting two such sensors in a smart phone or tablet would be more expensive than two lenses, but would allow you to stay flatter. The thickness of phones, pads, and tablets seems to be more of a concern for consumers than the length and width.

Another option along the same lines would be to design a sensor with triple the pixel density in the middle one-third. Only the middle part would be used for the telephoto shots. For the wide angle shots the entire sensor would be used, with the demosaicing algorithm combining pixels in the middle to values equivalent to the larger pixels around the edges.

It's already been done. The Galaxy S4 Zoom is a hybrid concept between the S4 and the Galaxy Camera.

There is a patent where the mirror helps fitting quite a complex optical system inside the phone: https://www.google.com/patents/US20130063629 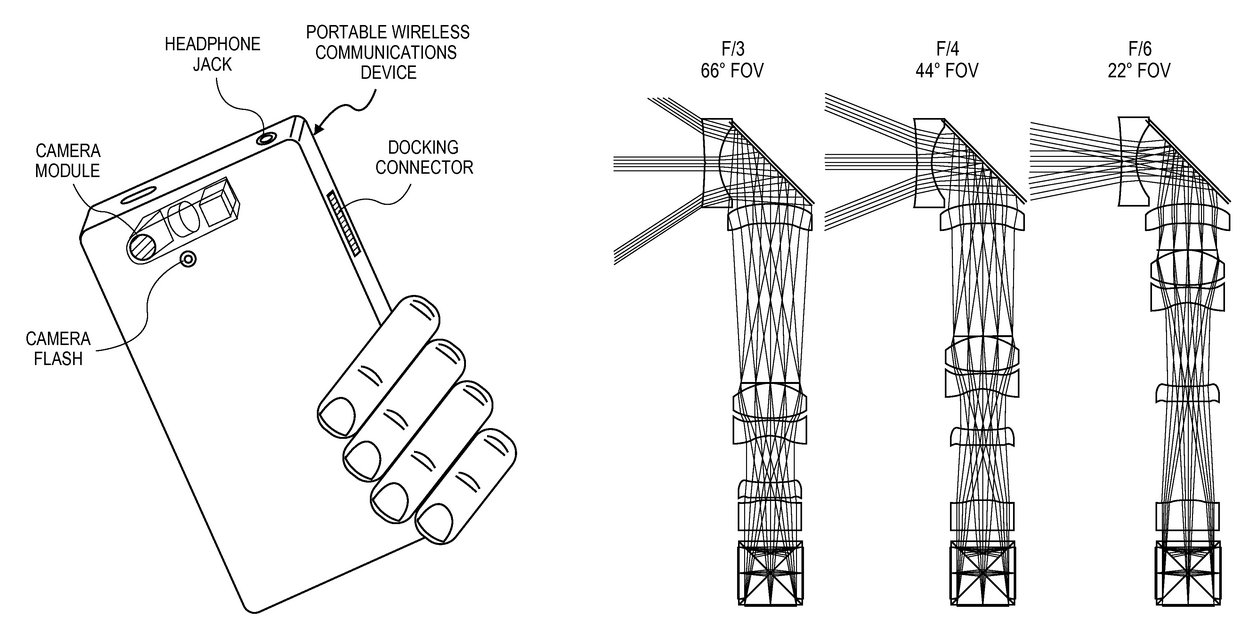 Not the answer you're looking for? Browse other questions tagged lens-design cameraphones or ask your own question.

16
Why are 50mm Lenses Cheaper?
9
What is the focal length on your typical cell phone camera?
1
What are the advantages and disadvantages of compact cameras vs phone cameras?
8
Why is my large format lens so much smaller (in length) than my 35mm-format lens?
3
Why do some telephoto zoom lenses physically extend while others don't?
1
Why do we not see super zoom lenses starting in wide angle?
0
Can i stack both a lens and a (variable) ND filter on a phone camera?
2
What hardware specifications make a great phone camera?