What is the highest acceptable ISO to use for weddings with Canon 7D? [closed]

I recently had my first wedding shoot(yippie!). For a person like me who usually shoot still life and landscape, weddings is a whole new world. I am used to shooting at low ISO's (800 or less) but the changing lights and dark settings in a wedding forced me to explore the higher ISO range.

This brings us to my question. For wedding photographers out there using Canon 7D (if there are any). What is the highest ISO you'll use in a wedding while maintaining a good enough shutter speed (1/60 or 1/80 the least) and still produce a decent quality image for the client.

First, the thing you need to remember about noise is that it is only indirectly related to ISO. The real culprit where noise is concerned is a low Signal to Noise Ratio (SNR). This is technically answered using controlled testing to illustrate the point in this question: Is high ISO useful for photography? This answer to another question addresses the more general issues regarding image noise in a succinct way.

As an owner of one, I have often been frustrated with the amount of image noise produced in low light situations by my Canon EOS 7D. Based on reviews I had read before transitioning from a 50D to the 7D for my "long" body I was expecting about a 1 stop improvement in high ISO noise performance. The 7D is a more advanced camera in many ways compared to the 50D, especially in terms of handling speed and the configurability of the Auto Focus system. But I have not experienced much, if any, improvement in terms of high ISO noise performance. As the answers in the questions linked in the paragraph above indicate, how much noise appears in an image is determined by a variety of factors, not just the selected ISO. In a well lit scene you can shoot at a higher ISO than in a poorly lit one before you reach the point that the SNR becomes low enough that the noise is noticeable.

This image illustrates that even at ISO 3200, if the subject is well lit it can be shot at high ISO without a lot of noticeable noise. Since the background was almost totally dark, it was very simple to reduce the exposure of the shadows to deal with the noise in the dark area surrounding the subject. The singer was illuminated by at least one high intensity spotlight as well as colored stage lighting mounted above and below the front of the stage as well as above the back of the stage. ISO 3,200, 1/1,600 second @ f/2.8. 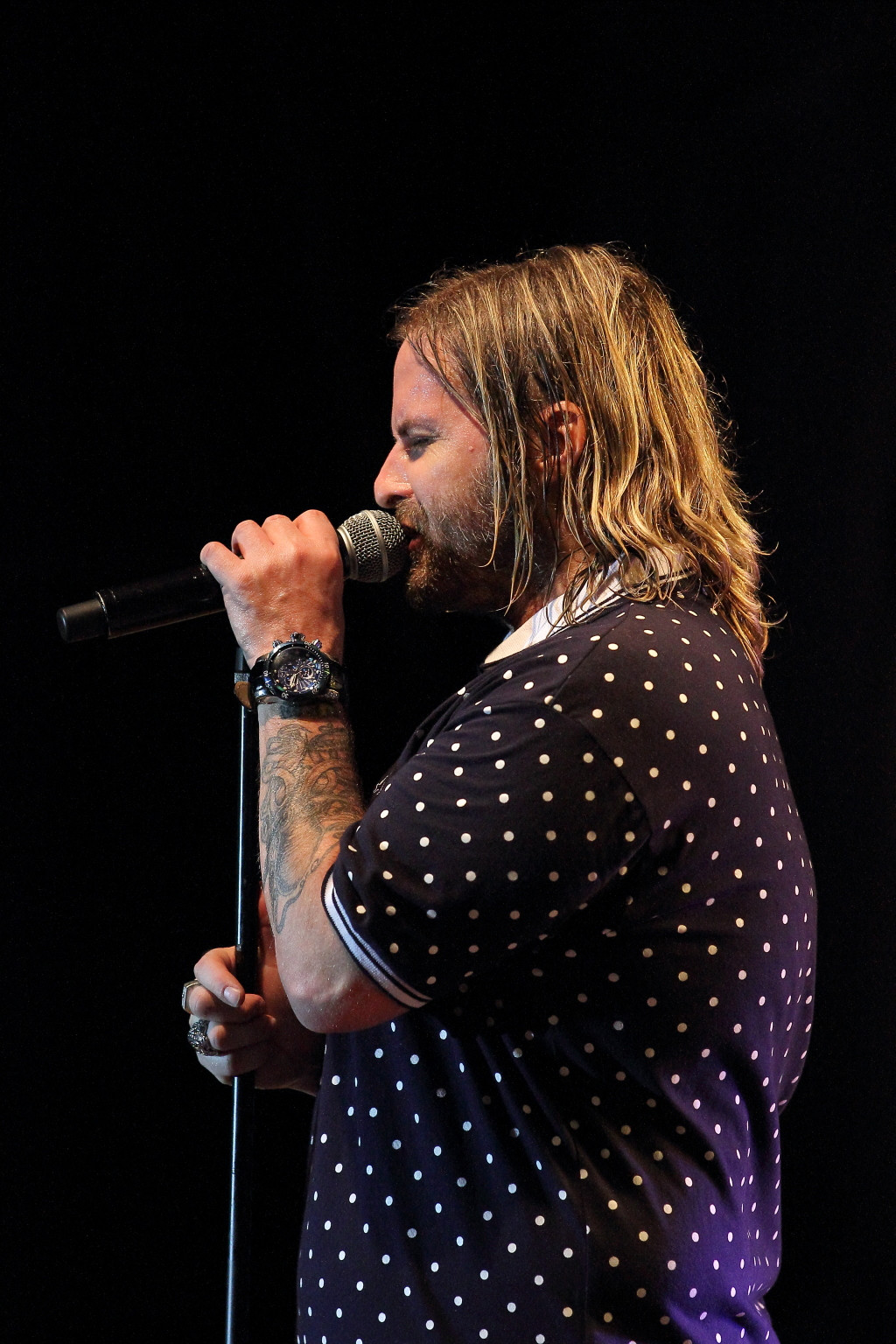 On the other hand, further back on the same stage, but without the benefit of the spotlights directly on the subject, this photo shot at the same ISO for twice as long shows more noise. ISO 3,200, 1/800 second @ f/2.8 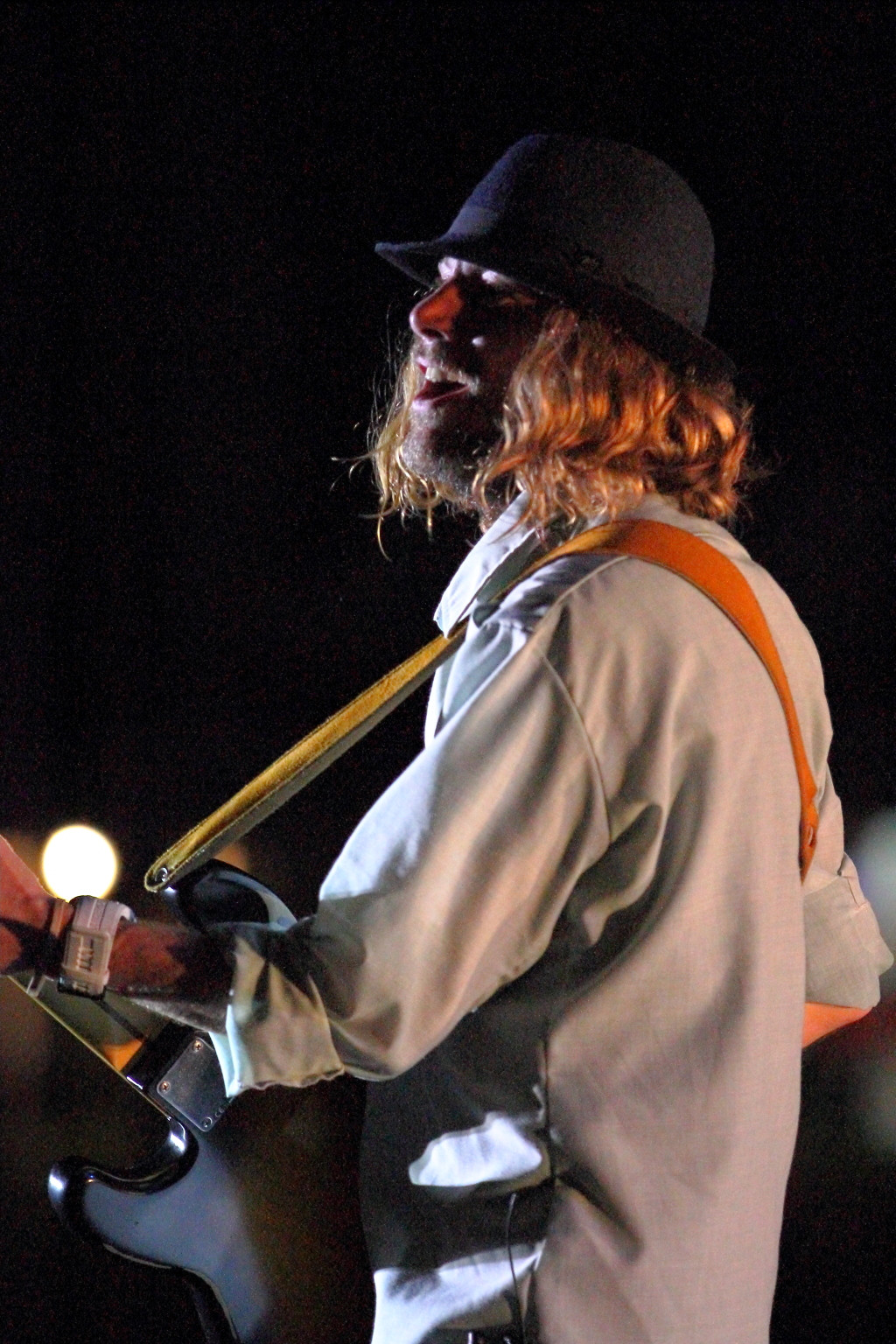 So what does all of this mean in terms of shooting a wedding with the Canon EOS 7D?

3200 does seem to be the safe answer, but that said -- don't set your ISO at 3200 and then underexpose. You are far better off to shoot at a higher ISO and get a good exposure, than you are to shoot at 3200 ISO, underexpose and then try and bring it back in post.

I haven't shot a wedding, but I have shot many indoor and low-light situations with a Canon 7D.

You can bring a flash unit and use that (in E-TTL mode) to compensate for shooting at faster shutter speeds and/or lower ISO. You can also consider renting a very large aperture lens like the 50mm f/1.2L or the 85mm f/1.2L II to let more light into the camera.

Not the answer you're looking for? Browse other questions tagged iso noise canon-7d wedding or ask your own question.

29
Is high ISO useful for photography?
26
Is it really better to shoot at full-stop ISOs?
10
How important is ISO speed?
8
Qualitywise, is there any downside to overexposing an image (within the dynamic range of the camera)?
3
Which focal length should be 'always on' for a wedding?
7
Is analog gain really actually power-of-two only?
6
When is high ISO noise not noticeable?
0
Why am I getting a lot of noise at 1000iso when my camera says it can go up to 6400?
2
Higher Noise in Sunrise shooting
-3
Why do cameras include very high ISO settings even though they are so noisy?
See more linked questions

12
What factors determine the lowest ISO for a camera?
4
Wedding cameras - disposable or ebay compacts + film
47
Is it better to shoot with a higher ISO, or use lower ISO and raise the exposure in post-processing?
5
What ISO should I use on my Nikon D5200 to avoid visible noise in 4×6 prints?
4
What is the fastest film (highest ISO) made commercially?
0
What ISO setting to use with R72 Filter?
2
ISO or EV compensation? what to use