Can a circular polarizer filter cause noisy images?

I am using a Canon 450D with 17-85mm Canon lens. I noticed that the image is very noisy when I use my CPL filter. Is my filter bad quality or is this normal? I notice this especially when I take RAW photos. 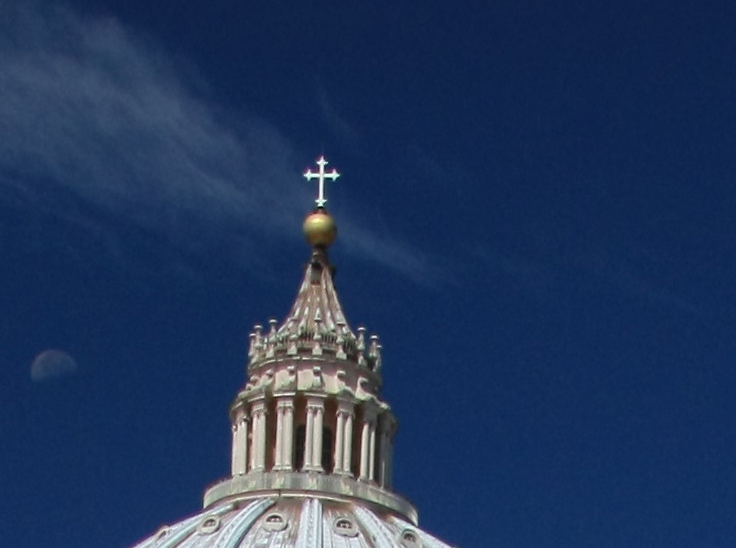 A polarizing filter is not supposed to add noise.

Noise is anything that isn't the correct signal. You didn't specify which of the obviously noisy parts of the image you are asking about. I see several types of noise, some of which could be caused by the filter directly, at least one indirectly, and some not at all.

The first and most obvious noise is the "hazy" appearance. This can be seen especially around the bright cross against the dark background. This could simply be due to a crappy lens, but the filter could also have contributed to it. A picture of the same thing without the filter would have obviously been useful. You may have accidentally smeared something oily on the filter. This could be if you wiped it with a less than clean cloth or tissue, or this cloth or tissue got contaminated, like from sweat or skin oils or sunscreen or whatever.

The general "noisyneess" in the blue sky area looks like mostly sensor noise, but also could be JPG compression artifacts in part. If it is sensor noise and your camera has a decent quality sensor, then this is probably due to underexposure. Check how bright the brightest highlights are. If they aren't near full brightness, then the picture was underexposed. That makes the inherent fixed sensor noise higher relative to the picture signal. The sensor noise is then more obvious after the picture is scaled so that the brightest parts are white, especially in the dark areas.

The filter could have contributed to underexposure because it reduces overall light. If this was not properly compensated for with a longer exposure time or a wider aperture, underexposure would result.

It looks like there could be a little chromatic abberation. This can be seen especially at the edge of the bright dome at the left bottom of the picture. This is because the glass in the lens and the filter has different focusing properties accross the color spectrum. This can be due to a crappy or misaligned lens (again, a picture without the filter would obviously be useful). A bad filter could contribute a little to this, but not much because the light is mostly passing thru it at right angles.

Not the answer you're looking for? Browse other questions tagged filters noise polarizer or ask your own question.

9
Circular polarizer in underwater photography?
6
How can I find out if the polarizer filter is linear or circular?
1
Lens or Filter to Blur Thermal Camera Images
3
Why my shot in winter has noise as I have an ISO of 200?
9
Circular polarizer works great at shorter focal lengths, but significantly degrades the image at longer lengths. Why?
4
Where does this noise come from and how to get rid of it
2
What causes this leather-grain pattern of noise in the sky when I inspect with a sharp mask?
6
How do I prevent intensive red noise on a deep-sky photo?