Why do I have blurry star trails?

Last weekend I was experimenting with capturing star trails. I tried taking a set of 9 photos of the stars and Milkway (ISO 1600, f/2.8, 30 seconds exposure). Here is resulting combined photo (stacked with StarStax): 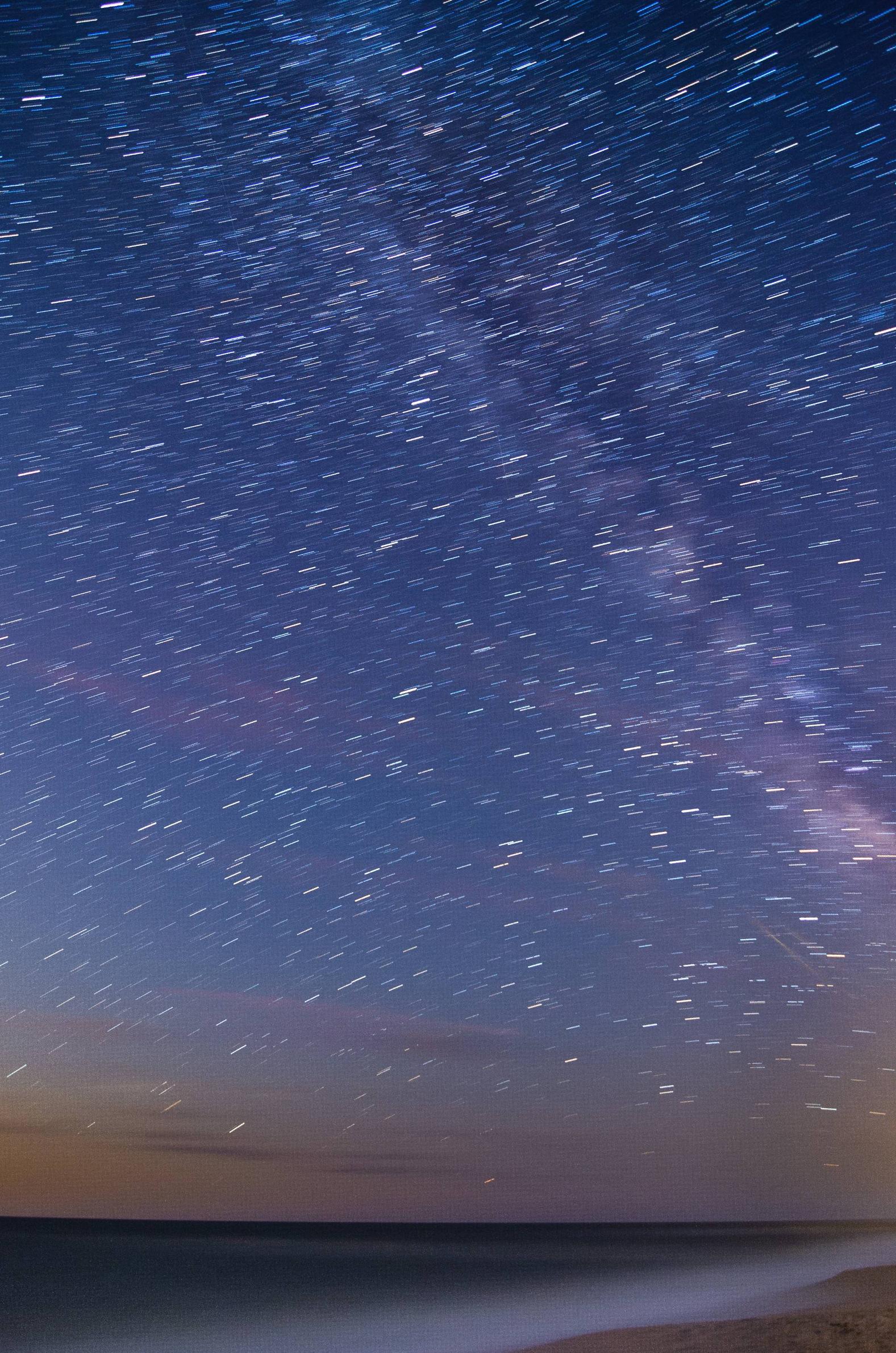 The resulting image is very blurry. Can anyone tell me what to do differently next time so I get a better shot? My theories are:

Anything else that may attribute to this type of blur?

As requested, here is a single photo from the set: 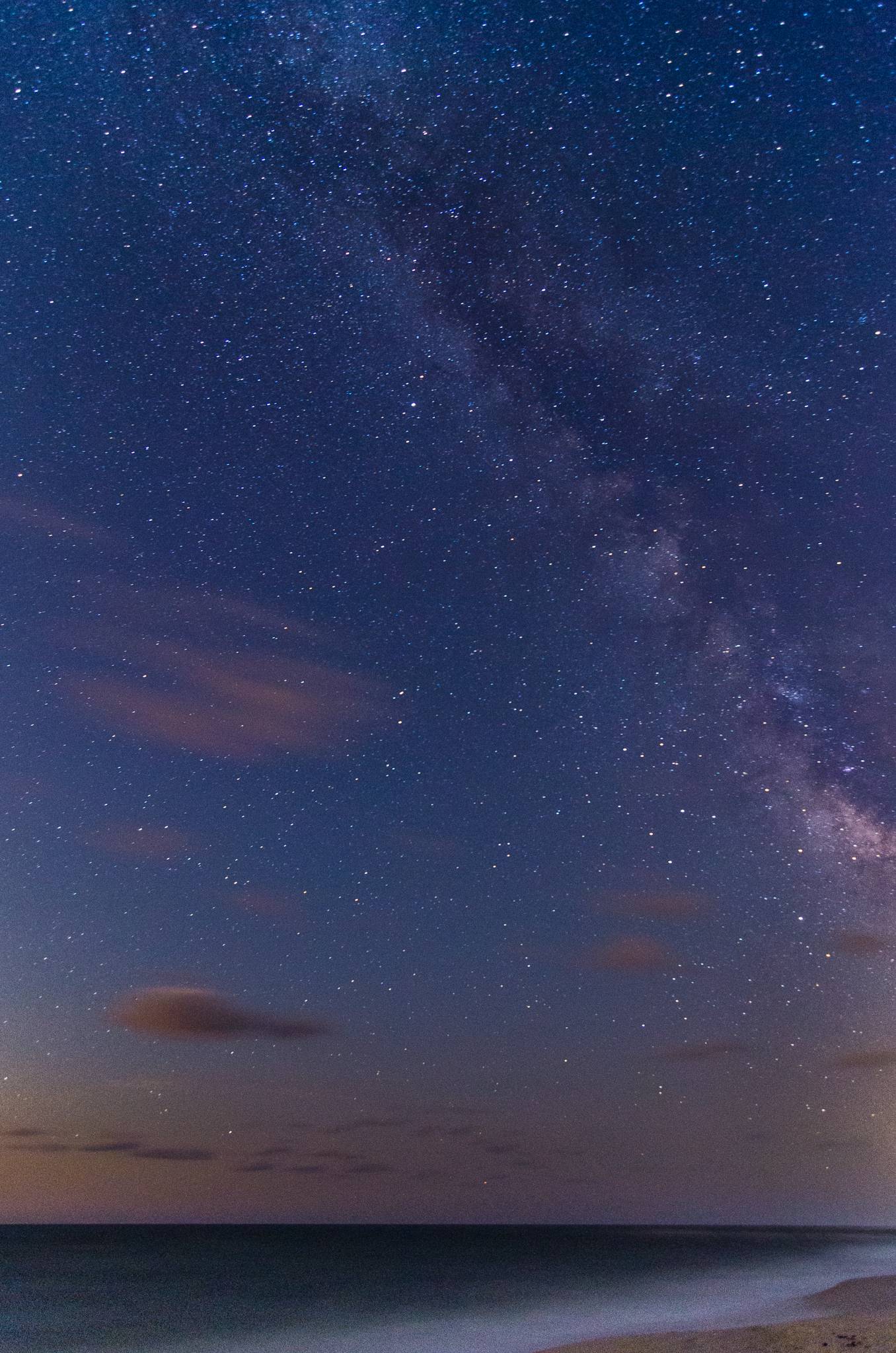 Notice that I composed the shot with the Milkyway in it, which I believe is adding to the blurring effect in the final stacked imaged.

Also as requested, here is a 100% crop of the above image: 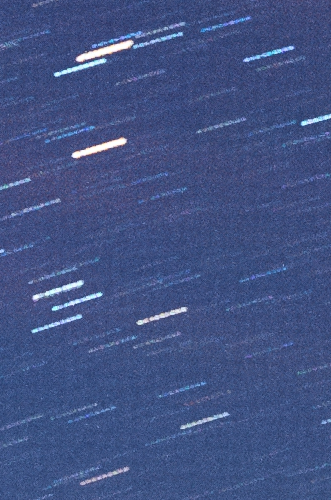 I don't think this is a tripod stability problem. The star trails are all straight, not wiggly as they would be if the camera where moving during or between each exposure. The dimmer stars are easy to see as nine distinct dots. None of the dots indicate camera movement during any of the nine exposures, and none of the lines of the nine dots for each star are distorted as would be expected if camera movement were a problem.

I think this is a focus problem that is acerbated by the time gap between exposures. It may also involve blurring due to overexposing the brightest stars. The effect of slight defocusing or overexposure is that brighter stars also appear to be larger stars. Instead of drawing a smooth arc as one very long exposure would do, combining nine shorter exposures with significant gaps in between creates lines of variable width. The lines created by the brightest stars are widest at the points where the stars were centered during each exposure, and narrowest at the points in between those centers. Similar to this drawing: 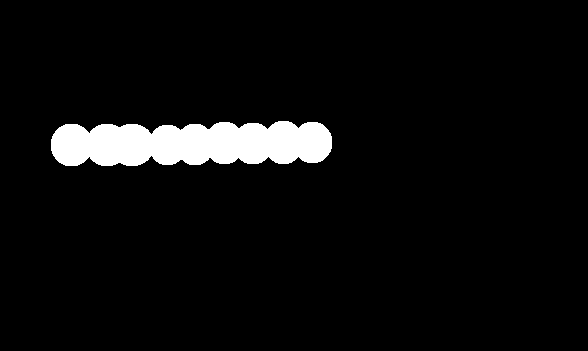 These irregularly shaped lines may be causing our eyes/brain to see the trails as blurry. There also appear to be significant compression artifacts in the image that are arranged in an almost brick like pattern of alternating horizontal and vertical patterns.

Here are some things you can try:

Hang a weight from the head to increase the mass. A pail of water will do and you can vary the amount of water to increase/decrease the weight or tie the end of a heavy branch to do the same thing.

Use a remote shutter release.

Use a lens shade to keep stray light from the lens during the shot.

That said, I'm not convinced this image is actually "blurry." I agree that something about it doesn't look sharp, however look closely and there are areas that are sharp. It's easy to see clouds in the lower half of the image, and a closer look shows clouds on the upper half, too. Clouds are funny things: to look at one, you see this tightly-formed shape, but actually there's a haze ("clouds") throughout the much of the sky. I suspect the blurriness you see is just that: the haze from less-formed clouds. Try shooting on a cloudless night and I suspect you'll see much better results.

It appears you have done the images into JPEGs first. Then stacked all nine JPEG images one over another. This introduces an emphasis on the 8x8 pixels square of JPEG compression blocks, which then shows up on your startrails stack as a visible grid of straight lines over the entire image.

Perhaps this grid is what you meant with the blurry feeling? At least it definitely reduces the image quality. I suggest you use RAW format for shooting the original set, and then process the images as usual, but save them as TIFF 16-bit file format. The StarStax software can handle 16-bit TIFFs. This way you're not stacking JPEG compression over another. 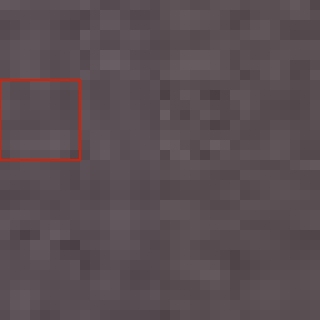 The fundamental problem here simply appears to be short exposures. If the sample of a "single frame" photo added in the recent edit is an indication of all the frames, you are quite simply not making a star trails frame.

To do star trails, you need exposures long enough to produce actual trails. The trails are not produced by stacking 50,000 short exposure shots such that each single points of light from a star "combine" to form a chain, and therefor a trail. The trails are produced by keeping the shutter open for minutes at least, and the passage of the stars across the sky during that duration will expose across a "trail" of pixels.

To get very long star trails, you can expose dozens, maybe a hundred shots that are several minutes long at least (or much longer, half hour even), and stack them.

The answer to your problem is quite simply that you are not exposing for anywhere nearly long enough to actually produce trails.

Not the answer you're looking for? Browse other questions tagged night long-exposure stars or ask your own question.

37
How to nail focus for DSLR astrophotography?
1
Why is my nighttime sky image so poor (few stars and a yellow glow)?
1
What attributes of a bridge camera are most important for astrophotography?

4
How to photograph star trails AND city lights?
1
Why did I get blurry star trails?
1
Why does photographing the Milky Way require short exposure, when star trails need long exposure?
8
Photostacking - Why does this technique fail for my astrophotos?
2
What settings might have been used to get this photo with clear stars and long trails from car lights?
5
How can those star-trails be non-circular?
4
Why do some star trails appear blue?
1
Unsmooth Star Trails