How does one track a shot where a car moves towards the camera but the background is blurred?

Some shots I see online I don't understand how the tracking is done. 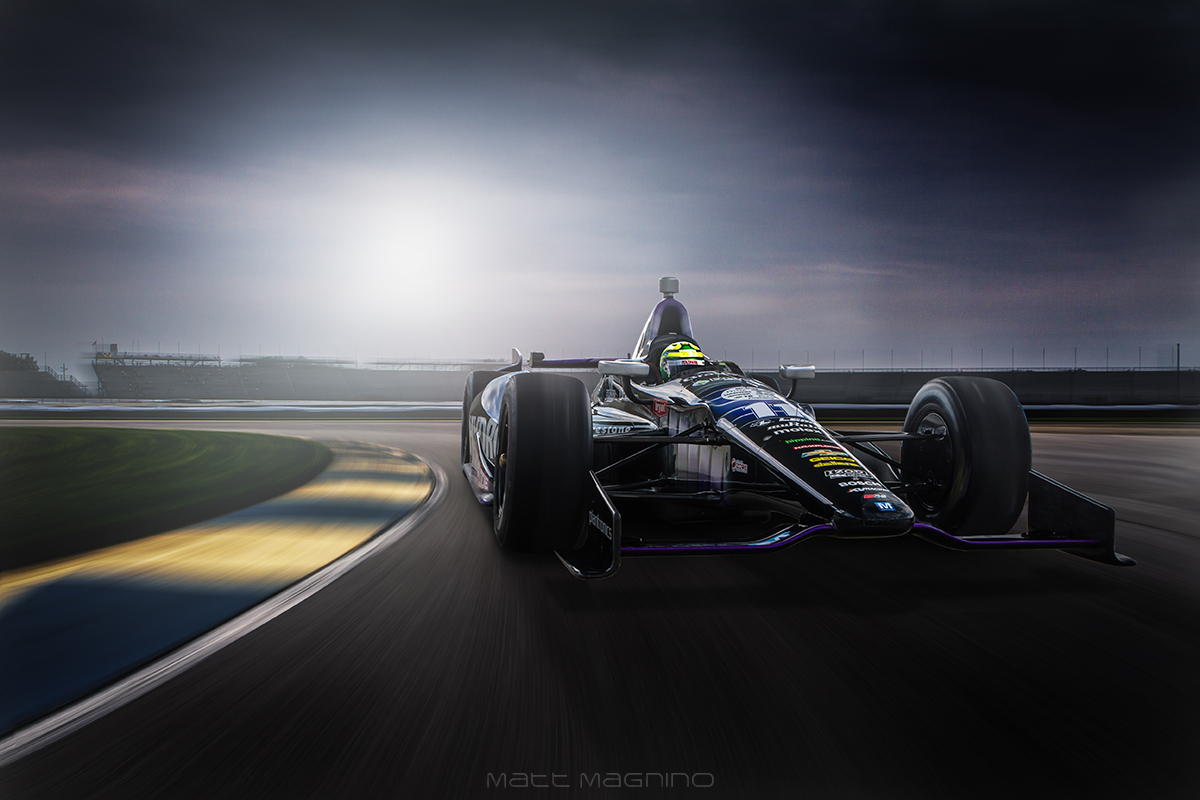 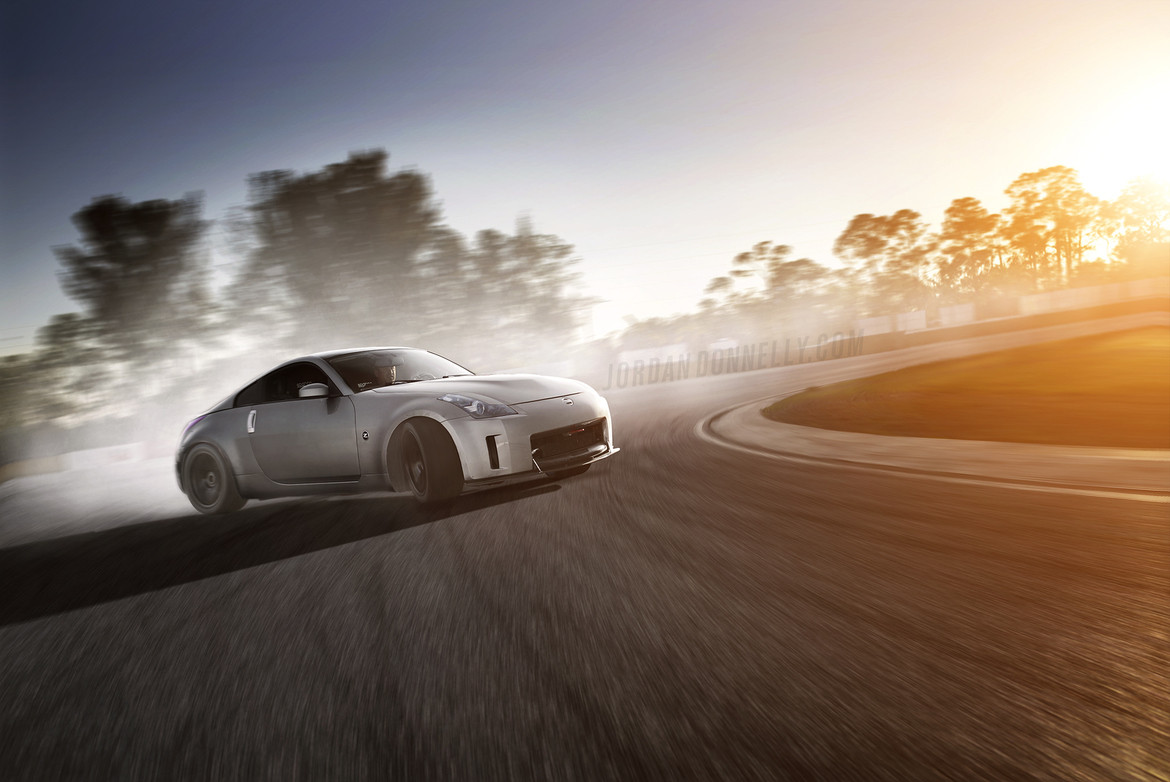 The car is coming at the camera while the motion blur is also towards the camera, so if you move your camera in the direction of the motion you will also blur the car. I guess these photos are a complete photoshop job?

Photos kind of similar to this can be achieved using a tracking shot where the photograph is taken from a car in front of the car being photographed, however in this particular case the answer is CG and/or heavy Photoshop. Particularly for the second image, there is no way to viably get that shot sharp without having the background also sharp.

On the first, it might be possible to get something close with a tracking shot, but the radial nature of the blur on the inside seems improbable and it seems like the entire thing may well be CG based on the coloring and texture.

It is also possible that they took a photo where everything was sharp and then they added the blur with Photoshop and greatly increased the contrast and colorized it in a surreal manner, but it feels much more CG oriented.

Both of these appear to be Computer Generated (CG) graphics, which are often used for video games and movies. In the movie industry they call it Computer Generated Imaging (CGI) and it is now the norm, rather than the exception, for generating special effects. The sharply defined edge of the shadow in the second image gives it away.

It would be theoretically possible (and in the case of the first shot, often has been done) to create such a shot by attaching a boom directly to the vehicle pictured and then removing the boom and its mount from the photo in post-processing. The first shot could also be accomplished by mounting the camera on a vehicle leading the pictured one and traveling at the same speed in the same direction. It might be theoretically possible to accomplish the second shot in the same way if the lead vehicle where in an identical power slide to the trailing one!

They are called tracking shots, the only way to do them is to shoot from the back of a moving vehicle that drives in front of the vehicle you are photographing. That way the subject will be sharp as it is travelling the same speed as the tracking vehicle.

I can't speak of the veracity of those particular images (there has been a lot of editing regardless), but you certainly can get similar shots from another vehicle, open any enthusiast car magazine and you'll see non-GC'd tracking shots.

Not the answer you're looking for? Browse other questions tagged motion-blur motion or ask your own question.

0
Photographing Moving Vehicles
1
How can i take a photo of a moving object with the object in focus and the background having motion blur?

39
Focus problem vs. motion blur vs. camera shake - how to tell the difference?
12
Why does this satellite image of an airplane in motion show red, green, and blue bands with strange artifacts?
0
What technique can I use to focus on walking subject when in motion?
4
Can I use a polarizing filter as a neutral density filter to create motion blur on airplane photos?
2
Blur/Double vision
2
Why is there motion blur at the edge of photos?