What is exactly the '3D pop' in photography?

When reading about lenses, sometimes I come along the term '3D pop' and I think I have a rough idea about what it means; but I'd love to have a precise or scientific explanation (optics) of it.

All conventional photographs are 2D representations of 3D scenes. Our brain creates the illusion of depth based on cues from the image. This process is easily manipulated, see forced perspective or a famous example the Ames room.

Some images contain a particular blend of contrast, vivid colours, lighting direction, DOF and sharpness at the plane of focus that enhance the sensation of depth generated by the brain, hence such images are described as looking "3D", or are said to "pop" (the foreground objects seem to jump, or pop out of the screen).

One key element is microcontrast and suitable lighting such that textures rendered appear so crisp it's hard to believe you are looking at a flat image. It's a bit like the story of Zeuxis the painter who painted a plate of grapes that was so realistic bird flew down to try and peck at them.

The terms are commonly associated with Zeiss lenses on particular photography forums (cough fredmiranda.com cough), often described as some sort of feature that is either on or off (e.g. "Which portrait lens with 3D effect?"). In reality all lenses do to a certain extent, it's just some Zeiss lenses produce particularly good microcontrast.

In the end the lens is only one factor it also has a lot to do with the skill of the photographer, post processing and sometimes just luck with the way the light falls.

It's also subjective, some people see the effect differently in different images, which is why it's hard to provide a fully scientific explanation. Here's an example I came across recently that constitutes a very 3D image for me: be sure to check out the rest of his blog, he pretty much has the "3D look" nailed.

How do you get the 3D look?

There's no one secret technique to it, buying a Distagon is not going to get you there by itself.

You need a contrasty lens. A very good zoom or decent consumer prime (50 f/1.4, 85 f/1.8) will do. Slight background blur helps but is not absolutely necessary, so be careful with your aperture setting.

Create or wait for a mixture of hard and soft light, such as sunshine through haze, direct sunlight during the magic hour or a large north facing window. But at the same time try to eliminate flare. Nothing kills contrast more than veiling flare (use a lens hood, block the light with your hand, whatever is necessary).

Increase contrast and saturation slightly in post, boost local contrast with a large diameter unsharp mask, use use the high pass sharpening technique. Resize to the exact output dimensions and sharpen again, save with the highest quality JPEG settings you can or use the PNG format.

As Matt's answer says, this is something typically associated with Zeiss lenses that gets argued about on fredmiranda's alt-gear forum a lot. The theory goes that lenses that exhibit a high degree of "micro-contrast", so that the transition from in focus to out of focus tends to be a little more defined give "the pop" more than lenses that exhibit a high degree of resolution. I tend to think of it as Zeiss vs. Leica design aesthetics. I also tend to describe it as the difference between crunchy and creamy peanut butter. Whichever one you like more can be a matter of personal taste or circumstance. But they're both delicious. :)

Here's an image of mine that I think exhibits 3D "pop". I've screwed an adapted C/Y-mount Zeiss Planar T* 100/2 onto my 50D. This is one of the Zeiss lenses that's noted to produce this effect more easily than most. 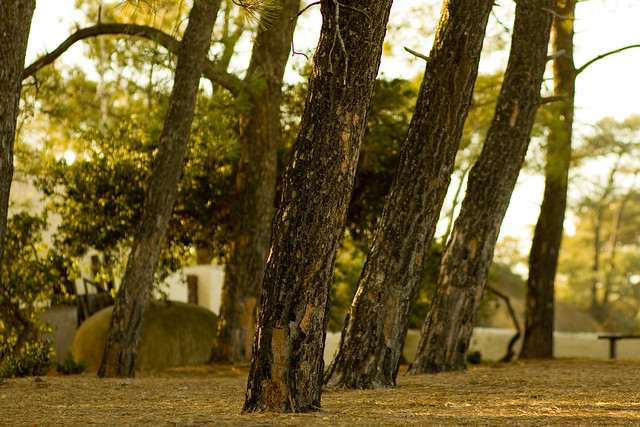 It's not just that you can isolate a subject with thin depth of field. It's that the resultant bokeh can help your eyes place each item's depth in the image. Also note how the bokeh is NOT creamy smooth and in fact exhibits double edges in some places. As I said: crunchy vs. creamy.

By contrast, here's another thin DoF photo, taken with the OM-mount Olympus 50mm f/1.2 wide open on my 5DmkII--in other words, really not lacking for thin DoF. 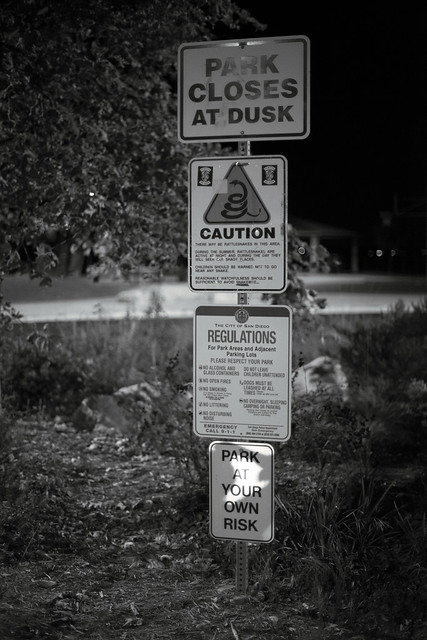 The Zuiko glass, to my eye, has more of the Leica characteristics of design: high resolution, and tonal smoothness. But the bokeh here, while smoother and softer, is giving your eye a harder time to pick out depth cues. The rocks and trees behind the signs are more indeterminate in their depth placement in this image. While you can still pick up depth cues, the abrupt diorama-like "pop" in the Zeiss image is missing, to my eye.

But maybe it's just that I've been told it's there with the Zeiss lens. You judge for yourself.

The best way to prove it to oneself is to test different lenses using the same scene and lighting. I did a comparison using a mirrorless camera, of a legacy MF prime lens (5 elements) against a modern AF zoom lens (11 elements) and the legacy lens clearly won out. It was especially noticeable in the shadow tones, where there was a clear distinction and appearance of depth from the legacy lens. I was surprised.

There are other characteristics to weigh when selecting a lens, particularly with WA lenses where distortion and CA become more pronounced when there are fewer elements and therefore less correction. Software corrections can compensate to some degree (often with extra work), but there are limits to this.

This can actually be a boon to affordable photography if you're willing to accept manual focus and aperture and slower working, because used legacy lenses are far less expensive than modern ones.

Not the answer you're looking for? Browse other questions tagged lens effect 3d or ask your own question.

3
How can I create more depth when shooting clothing on a mannequin?
-1
First portrait lens for Sony A7m2

19
Tips for shooting in an aquarium?
6
What is a "4P" Lens?
15
Overlapping vs. Complementary lenses
8
How do straight edges end up curved in photos?
6
What to look for when testing a wide angle lens before buying?
4
What type of lens is best suited for adventure photography?
2
Is the Pentax DA 35mm F2.4 AL a good choice for street and night photography?
4
Will a lens upgrade from the kit lens give me better colors on my backpacking travels?
4
What differences can be expected when using enlarging lenses for general or macro photography?
0
How to carry gear while wearing a harness? (wedding photography)